Is it 'Noonien' or 'Noonian' Soong?

There seems to be some conflict in sources that I've noticed as to Dr Soong's name (notably Memory Alpha and Memory Beta). Now, this is important to me (for obvious reasons - in fact it's why the underscore is so important - fun fact). So, my question is: what is the canon name for Dr Soong? Is it Noon-ien or Noon-ian?

It appears to be both. 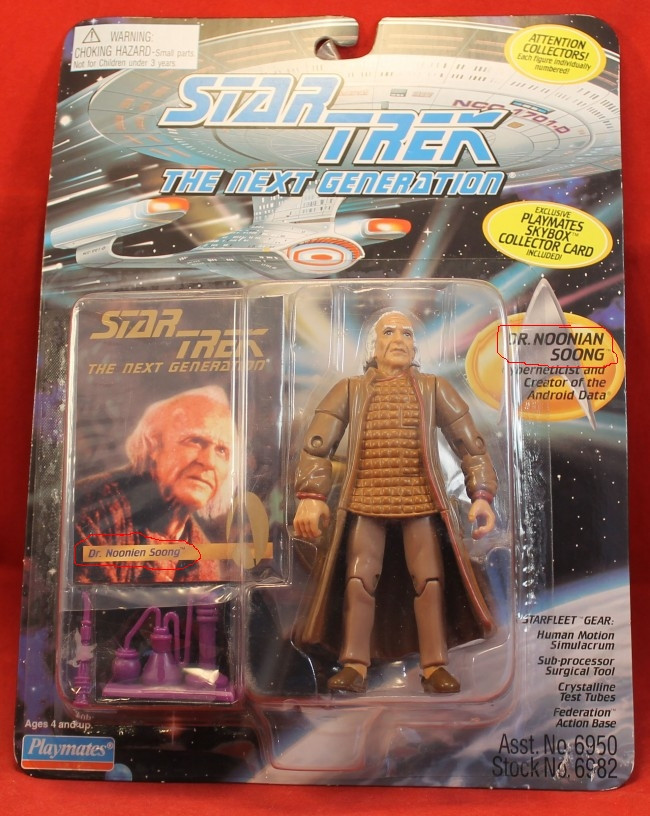 His name is 'officially' Noonien!

Looking at the scripts online for TNG: Brothers, all seem to refer to him with the 'ian' suffix rather than the 'ien' suffix.

DATA: You do bear a resemblance to Doctor Noonian Soong, the cyberneticist who constructed me. But, Doctor Soong was killed shortly afterward by the Crystalline Entity.

Source 4: Memory Alpha refers to him as Noonian

Yet, arguably the most canon source of all these, the page on StarTrek.com, says his name is Noonien.

Memory Alpha makes reference to the ultimate canon sources though - the scripts and in-series references:

Soong's first name was spelled "Noonien" in the scripts for "Datalore" and "The Measure Of A Man" while all subsequent scripts ("Brothers", "A Matter of Time", "Birthright, Part I", and "Inheritance") spelled the name "Noonian". The okudagram for Data's personnel file seen on-screen in "Conundrum" used "Noonian" while the passenger manifest seen in "Inheritance" used "Noonien". The "Noonien" spelling is used in several reference sources, including the Star Trek Encyclopedia and StarTrek.com.

So, considering the final line of the above quote, it seems that Noonien is the more 'official' name used in canon, but both are within canon!

Just to add even more confusion - because as if there isn't enough already, Memory Beta tells us that :

The video game The Transinium Challenge gives his name as "Nguyen Soong".

As a side note, I personally prefer Noonian...

It's an Anglicized version of a foreign name, so there needn't be an official single answer. For example, the names Chen, Chan, Chang, Xian, Xiang, Qiang are all different attempts to render the same chinese name into english.

Personally, I always thought it was everyone's attempt to pronounce the name Nguyen; the correct pronounciation is something like Nn-wen, but because of the spelling many pronounce it as Nuh-goo-eee-en. And Soong would seem to be an indicator of asiatic origin.

44
Who are all the people in this "BEST. SELFIE. EVER!"?
26
What's the relationship among the many uses of the name "Praxis" in sci-fi?
4
Were there any plans for Dr. Noonian Soong to create a mate for Data?
2
Why does Richard draw his own blood before using the Sword of Truth?

53
Did The Founders evolve from the race that seeded the Alpha Quadrant?
33
Was Dr. Noonian Soong's name inspired by Khan Noonien Singh?
4
Were there any plans for Dr. Noonian Soong to create a mate for Data?
15
Why did Dr. Noonian Soong program his androids with a dominant hand?
5
How were Doctor Arik Soong and Noonien Soong related?
36
Where did the nickname of 'Bones' for McCoy come from?
4
Why didn't the Sovereign Class have folding warp nacelles?
19
Why did Worf wear red in TNG Season 1?
18
How come there are no middle-aged senior officers on the Enterprise D other than Picard?
9
Why is the Federation Presidency headquartered in Paris, Earth?