So, according to Pacific Rim wiki, it seems like the name of the Mark I Jaeger is a reference to the Chernobog or, more generally, to the Russian term for "black" (Cherno)... but, given the shape of the mech (with its towering nuclear-reactor-like upper torso part), could it be a reference to Chernobyl incident too?

I have found nothing about it browsing the web, and I got really curious about it.

Is there any out-of-universe or canon information about it?

Thanks (and sorry if the question could look strange)!

These concept art photos (from "Man, Machines and Monsters" the official 'making of' book of the film) clearly indicates that the original name for Cherno Alpha was in fact 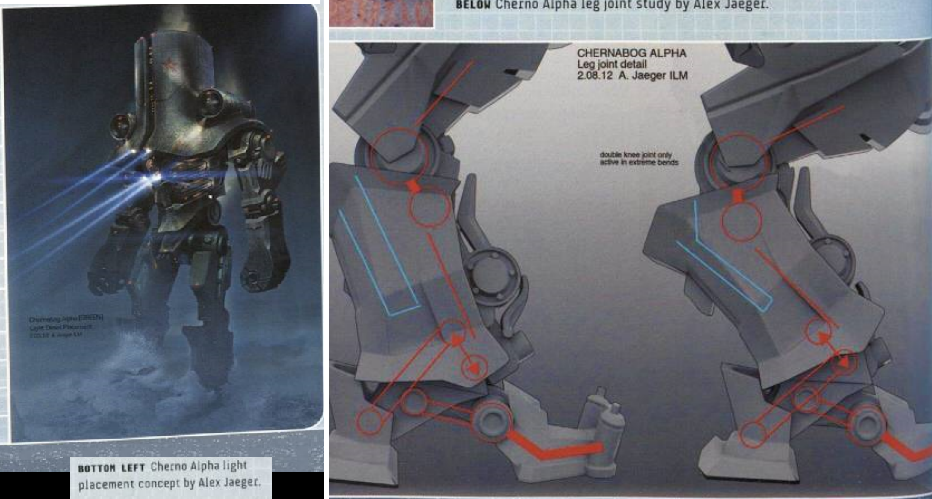 Obviously, the genesis for this is Chernobog, the slavic proto-deity rather than Chernobyl, the nuclear power station.

Chernobog (Proto-Slavic *čĭrnŭ 'black' and *bogŭ "god"), also spelled as Chernabog ... is a Slavic deity, whose name means black god ... The only historical sources, which are Christian ones, interpret him as a dark, accursed god ... The name is attested only among West Slavic tribes of the 12th century ... He is the counterpart of Belobog. - edits mine

That being said, it's interesting to note that the etymology of the word "Chernobyl" is actually quite similar, literally meaning "Black Root"

I don't have a canon proof, but logically speaking, your theory doesn't seem to make any sense.

Chernobyl was one of the greatest technological accidents in USSR/Russia's history, and a major embarrassment to their national sense of greatness and pride.

As such, Russia naming a major heroic defender after it would make absolutely no sense, in-universe.

As the commentors noted, a far more plausible allusion is "Chernobog" - which not only makes a lot more sense as far as naming BAMF mecha from Russia, but is also a name and allusion familiar to Western nerds (among other reasons, from Heirs or Alexandria series by Flint, Lackey and Freer; Neil Gaiman's American Gods, and Disney's Fantasia).

As was noted, there's even a shot of concept art for its feet on Wikia that explicitly gives the Jaeger's full name as "Chernobog". It doesn't say what the image's source is, but the date on it seems to be more inline with official studio concept art and not fanart: 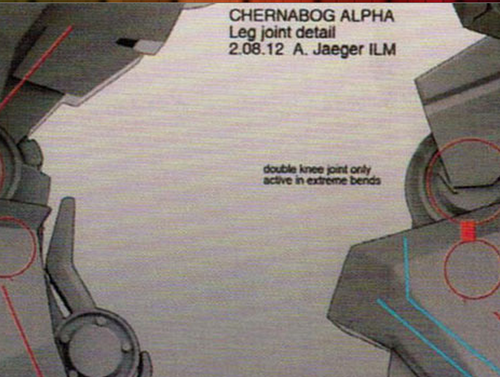