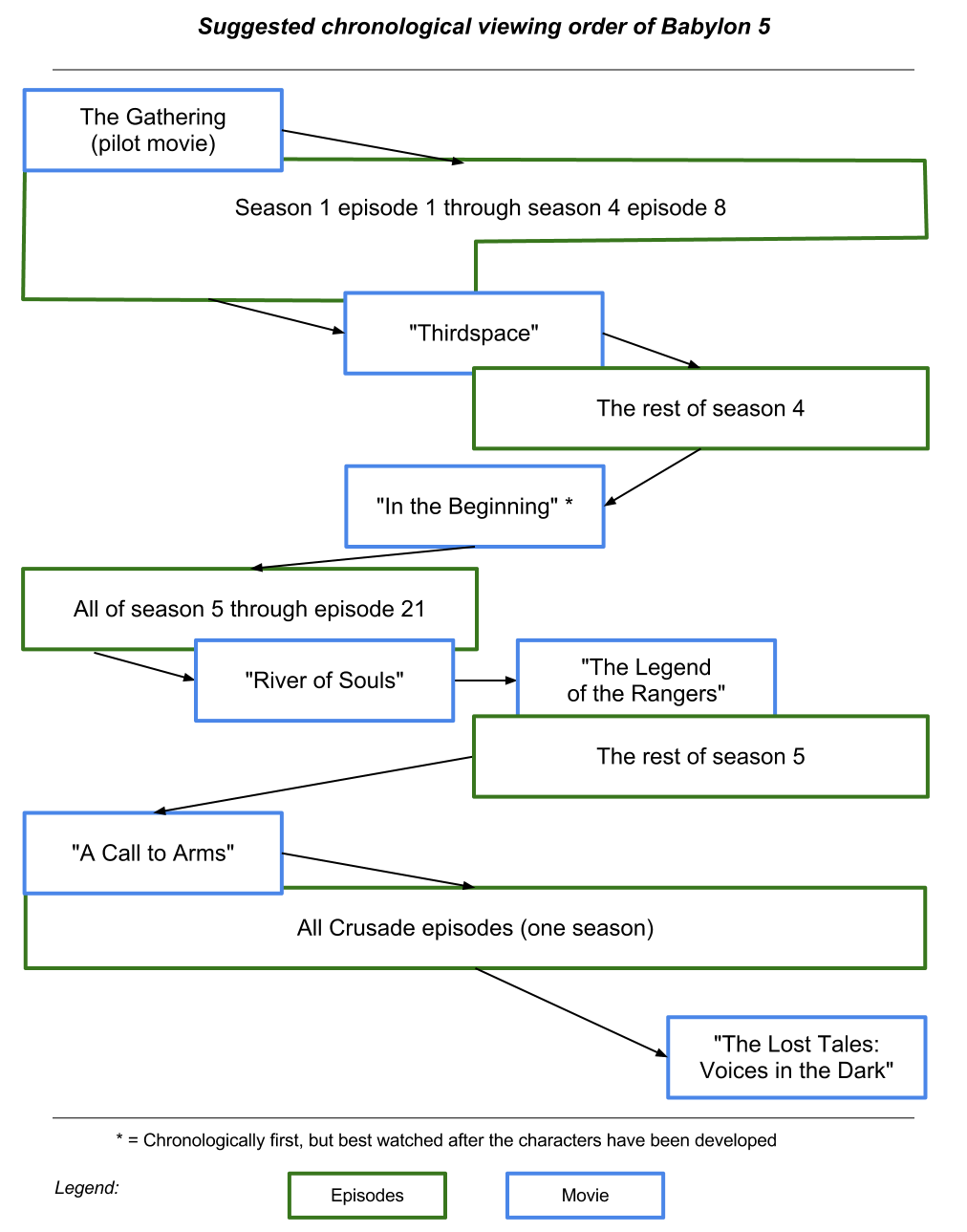 The Intended Order for all TV Episodes and Movies as listed below is the order that JMS intended the show to be viewed in for full dramatic impact. This viewing order was taken from JMS's interviews, notes, and discussions. This is not a chronological order of events, and not everything is meant to make sense at first as some episodes have flashbacks and visions of things. This order (including the very similar Lurker's Guide) is popular among devoted fans.

Note: For the Crusade spin-off the Chronological Order option is listed below as it is enjoyable and popular among devoted fans without continuity issues or jarring inconsistencies. This Crusade order is from the Babylon 5 Historical Database as authorized by JMS, with one adjustment to correct a continuity issue in "Ruling From the Tomb".

*There are three decision points indicated with asterisks in the chart based on your personal viewing preference.

Additionally, the other popular Babylon 5 Viewing Orders for all TV Episodes and Movies are listed here: https://babylon5.fandom.com/wiki/Viewing_Order - This includes episode by episode lists with descriptions and comparisons for each order. The Chronological Order is a notable and very enjoyable alternative to the Intended Order.

6
When should Sleeping in Light be viewed?
5
In what order should I watch the original Planet of the Apes film series?
1
Does the DVD commentary of the Babylon 5 movie "Thirdspace" have spoilers?