What is the Cylon Recon Drone?

Battlestar Wiki has an article: http://en.battlestarwiki.org/wiki/Cylon_reconnaissance_drone

I don't recall this craft at all, and the aforementioned site doesn't have a picture. Is it ever shown on-screen? The wiki references the miniseries and the season 1 finale, but I'm not sure if these were on-screen appearances of the vessel or merely mentions in dialog.

The answer is that we really don't know. The recon drones are only mentioned once by Starbuck in part 2 of the miniseries, around the 57:36 mark.

Unfortunately, this is what's on screen at that time: 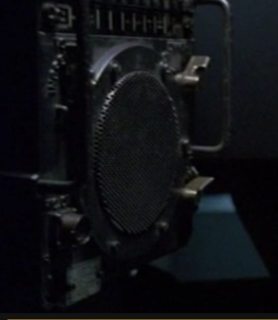 Starbuck: I didn't get an accurate account, but it looks like two base stars with ten fighter squadrons and two recon drone attachments patrolling the area.

is heard only over the radio. We never actually get to see what she saw at that time.

The early miniseries featured elements that weren't found in the rest of the series, such as Boxey, a character famous in the original series. It's safe to presume that the recon drones were never developed as a separate unit, possibly due to the added SFX costs. We see Raiders and Heavy Raiders, but not Recon drones.

In Season 1 Episode 9, Tigh Me Up, Tigh Me Down, we see a single Raider performing recon around the 12:57 mark:

DUALLA: Cylon Raider bearing 738 carom 005. Relative zero. Close with enemy, destroy. Acknowledge.
APOLLO: We're on it, Galactica. He jumped right in front of us. His mistake.
TIGH: How many?
GAETA: Single Raider. Looks like a recon patrol.

This reinforces the idea that it's just Raiders that do recon, and a separate type of (visibly different) Raider doesn't perform that task.

These are the screen grabs of that particular Cylon: 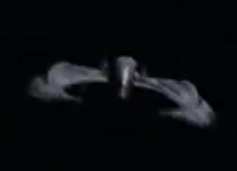 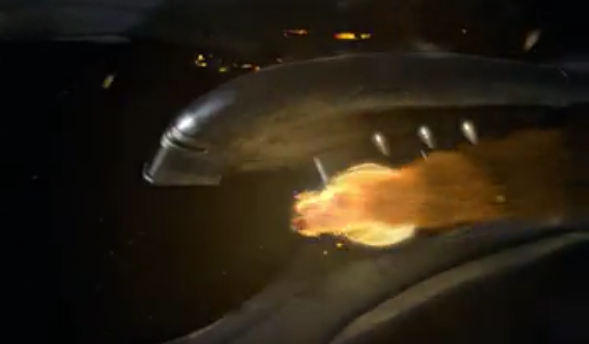 Not the answer you're looking for? Browse other questions tagged spaceship battlestar-galactica cylon or ask your own question.

13
Could Cylon reincarnation be considered a form of Lamarckian evolution?
30
What Happened to the Cylon Detector?
2
What happened to Cylon model number Seven?
12
Why does Gaius Baltar lie about the results of his Cylon detector?
12
Was Gaius Baltar a Cylon?
21
Which ship has the most prolific “recurring” role in Star Trek?
4
Did the entire Cylon race pursue the humans?
9
Is the Cylon Test reliable?
16
How were the Cylon Centurions re-enslaved by the biological Cylons?