Which actors were originally considered for the role of Data in the Star Trek: The Next Generation series?

Please include all who were approached and maybe those who auditioned and later became famous.

A 1987 memo between Paramount execs gives the following names:

Note the obvious absence of any actors that actually were cast as regulars on the series and, of course, Brent Spiner!

UPDATE: Memo was uncovered by Letters of Note a year or so ago. 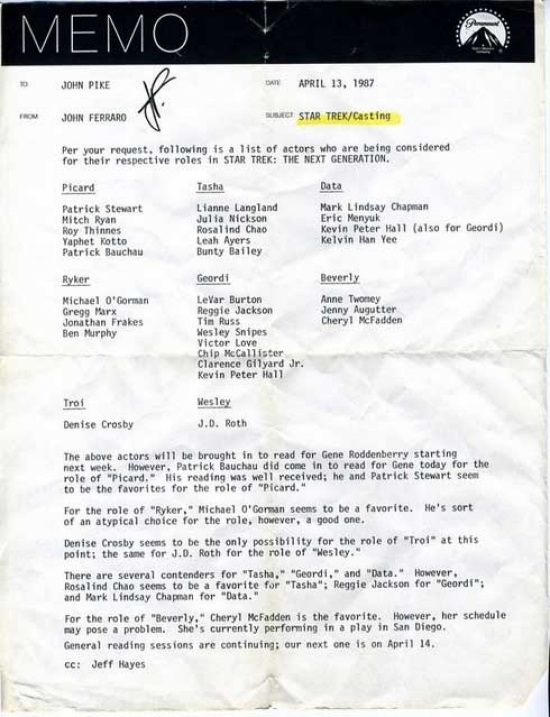 Not the answer you're looking for? Browse other questions tagged star-trek star-trek-tng behind-the-scenes actors or ask your own question.

55
Was "Worf" from Star Trek: The Next Generation an afterthought?
12
How did Brent Spiner get cast as Data for TNG?
4
When did the character name 'Tanya Hernandez' change to 'Tasha Yar'?