I'm looking for a short story from about 50 years ago about a robot who escapes after being slated to be melted down and discovers while in hiding that it has evolved to have some supernatural powers.

I would surmise that this is the story "All the Traps of Earth" (1962) by Clifford D. Simak. 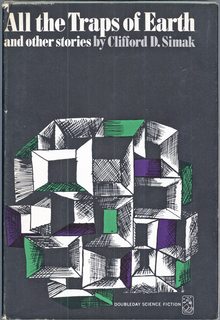 The main character is an android by the name of Richard Daniel, who has been serving an aristocratic family for over half a millennium, until the last of their line passes away. He is not threatened with destruction per se, but rather with being memory-wiped and reprogrammed. He becomes a fugitive and, while on the lam, discovers that he has developed telekinesis, allowing him to repair technology and living systems using only his thoughts.

He had abilities that Man had never won or developed or achieved, whichever it might be. He was a certain step ahead of not only other robots, but of Man as well. He had a thing, or the beginning of a thing, that Man had sought and studied and had tried to grasp for centuries and had failed.

A solemn and a deadly thought: was it possible that it was the robots, after all, for whom this great heritage had been meant? Would it be the robots who would achieve the paranormal powers that Man had sought so long, while Man, perforce, must remain content with the materialistic and the merely scientific? Was he, Richard Daniel, perhaps, only the first of many?

5
Short story about a robot who outlives his humans
3
What story has a robot that gains psychic power after direct exposure to hyperspace?