Can anyone heal as effectively as Wolverine?

Other than mutants who are direct descendants / blood relations of Wolverine, or mutants who have Wolverine to thank (whatever the reason) for their suped up regeneration, for example:

can any mutant in the Marvel comic universe heal as effectively as Wolverine?

An by effectively, I mean bullet holes healing completely within seconds.

I'm looking for a mutant with incredible regeneration powers and absolutely no connection to Wolverine at all, if one exists :)

There are a number of mutants with highly effective enhanced healing, capable of healing from a gunshot wound nearly instantaneously, and who are not related to Wolverine by-blood. Some notable examples:

Mister Sinister is able to rapidly regenerate damaged or destroyed tissue with much greater speed and efficiency than an ordinary human. Sinister can fully heal from injuries that result in massive tissue damage or loss such as multiple gunshot wounds, slashes, puncture wounds, broken bones, and severe burns within a matter of moments. It is unknown if he can regenerate missing limbs or organs, but his healing factor has been compared to that of Wolverine and his healing factor has allowed him to reconstruct his body from almost nothing so his feats suggest that he can.

Omega Red is capable of healing at much greater speeds than that of an ordinary humans. He has proven capable of healing from deep slashes and puncture wounds within a matter of minutes. However, he is able to use the energy he drains from others to enhances his healing powers to higher levels. After his resurrection, Arkady was shown to be capable of healing from even fatal injuries almost instantly when sufficiently charged. His healing factor appears to focus on his tentacles and armor as well, implying that they have become a part of his body.

Regenerative Healing Factor: Sabretooth's primary mutant power is an accelerated healing process that enables him to regenerate damaged or destroyed areas of his anatomy with far greater efficiency than an ordinary human. After some artificial upgrades by the Weapon X Program, Sabretooth can now fully heal from injuries that result in massive tissue damage or loss such as multiple gunshot wounds, slashes, puncture wounds, blunt force trauma, and severe burns within a matter of moments. Sabretooth's healing factor is nearly as powerful as Wolverine's, even possibly on par with it.

*Note: Sabretooth is Wolverine's half-brother in the X-Men Cinematic Universe, but not in the comics.

Yes, there are many mutants who can heal as effectively as Wolverine, but most of them are directly related to him (either by blood or their powers being borrowed/copied from him).

As for mutants who can heal that fast that aren't in the Wolverine family, the only standout from the Marvel Wiki's 'Regeneration' category is Nathaniel Essex, better known as Mr. Sinister.

Mr. Sinister's healing ability tends to actually be faster than Wolverine's. He frequently takes a bullet (or ray blast or laser shot) and shows no more than a brief impact wound, which heals virtually immediately. He rarely bleeds from it (unlike Wolverine) and doesn't even seem to feel much pain.

He's not someone you usually think of as a regenerator because he is vulnerable to the Summers family of energy projectors. Cyclops and Havok can both cause him wounds that he doesn't immediately no-sell, and which do visibly cause him pain.

This has been consistently shown in the comics and even in the FOX Kids X-Men show from the 90s (which did tend to be fairly accurate to the comics):

If you expand the question to non-mutants, there's an even better answer:

Hulk is not just the strongest one there is, Hulk can heal almost any injury. 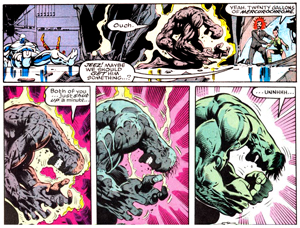 Hulk's regeneration is fast (faster than some versions of Wolverine, that's for sure!) and can regenerate him from some extremely severe injuries (as seen above). 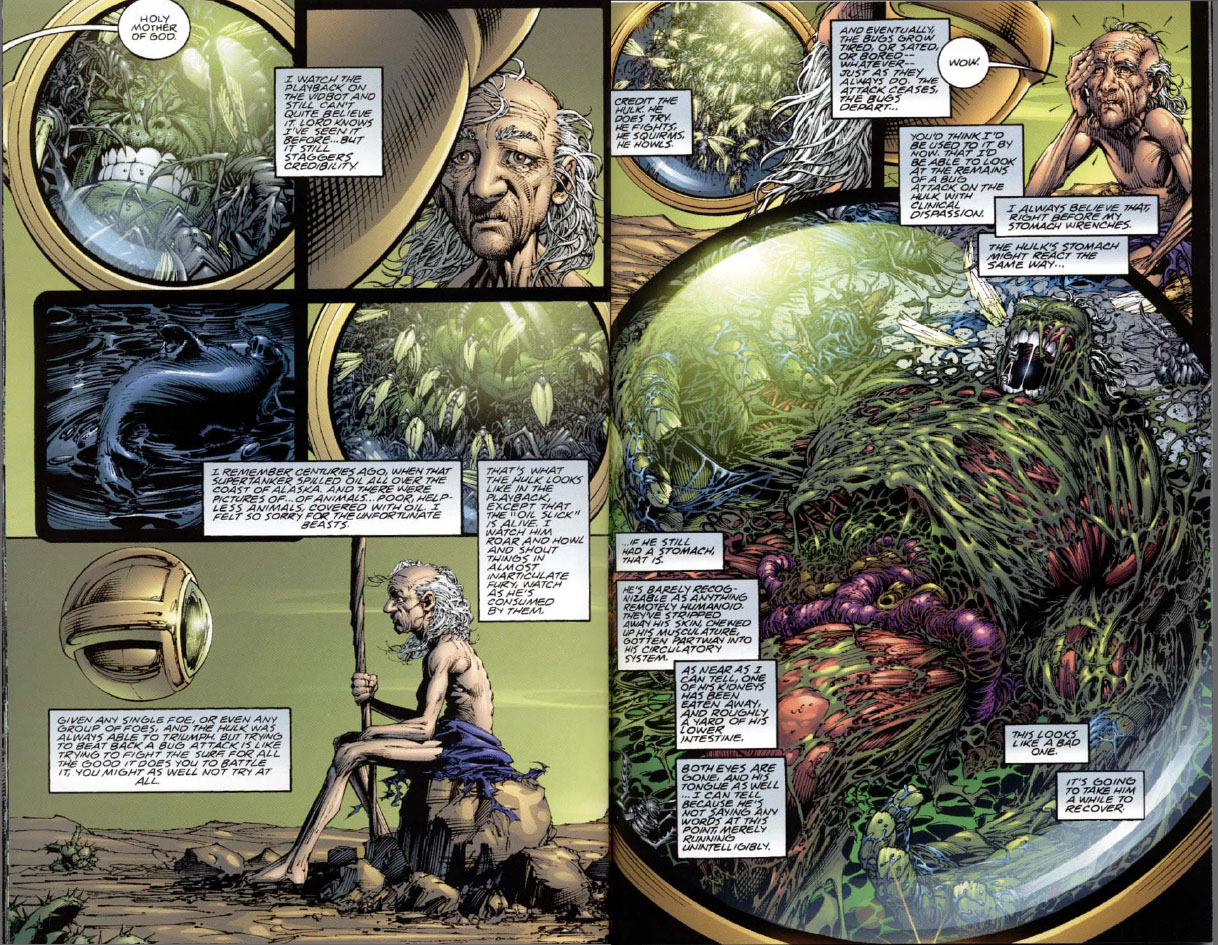 If I had to guess, I'd say his healing is like his strength: the madder he gets, the faster it goes. And pain tends to make him mad.

Given the frequent disparities in healing ability and speed seen in Wolverine and Hulk across different comic issues, comic titles, media, etc, I don't think a definitive answer can be made as to who heals faster (or who can heal better). That said, Hulk is at least a contender.

As others have said, so are X-23, Sabertooth, Deathstrike, and a number of other Wolverine/X-men supporting cast and villains. And Deadpool.

Elixir would be someone to consider.

Elixir is an Omega-level mutant, capable of controlling the biological structure of any organic matter including his own body. He must be in proximity to whomever he uses his power on. Besides healing, he is capable of boosting and restoring mutant abilities, cause painful boils and welts to appear, cure the Legacy Virus, and cleanse the body of drugs.

During his time with the Avengers, Hank McCoy, aka Beast, briefly sported a healing factor that was effective enough to heal a bullet wound in the time it took for the bullet to pass through him. Currently, his healing is less efficient, only twice the rate of a regular human according to the Marvel Wikia.

The Hulk sometimes shows accelerated healing, healing as fast as he can be hurt, and sometimes simply no-sells all damage, so he's a more ambiguous case.