Has J. Jonah Jameson ever accused Spider-Man of being a mutant?

The Marvel universe has plenty of mutants (i.e. homo superior, like the X-Men) who are strongly hated by a sizable population. And Spider-Man on first glance isn't all that different from them. Several mutants are animal-based, like Wolverine, and his powers developed as a teenager. Heck, there was even a question on this very site where a poster had assumed that Spider-Man was a mutant (he is classified as a mutate instead, since he doesn't have the X-gene).

It seems to me that J. Jonah Jameson, editor-in-chief at the Daily Bugle (who has been hell-bent on informing the public that Spider-Man is a menace ever since The Amazing Spiderman #1) could just call Spider-Man a mutant (regardless of his own feelings towards mutants) and get all of the mutant-haters to hate Spidey overnight. Sure, he may not have proof to back it up his claim, but that's no different than anything else the editor has written about him.

This would also further his goal of getting Spider-Man get arrested, as there have at various times been sanctioned government persecution towards mutants. And yet I've never seen him do this in anything that I've read.

So has J. Jonah Jameson ever accused Spider-Man of being a mutant? If so, why did he stop? And if not, why hasn't he?

(I'm mostly interested in the Earth-616 universe, a.k.a. mainstream Marvel comics, but if there are any relevant instances in other universes, I'm open to hearing them).

J. Jonah Jameson doesn't dislike Spiderman because he has powers. He dislike him because he wears a mask (among other reasons).

He was not anti-mutant and took an aggressive stance against Presidential candidate Graydon Creed because of Creed's anti-mutant policy.

So no, Jameson would never use the term "Mutant" negatively.

As far as I know, Jonah never published any articles accusing Spider-Man of being a mutant. However, in Amazing Spider-Man #282, he suggested Spider-Man was a mutant while hiring X-Factor to capture him. 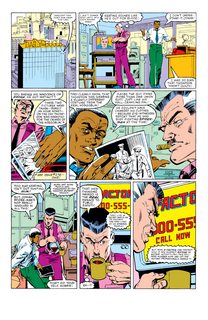 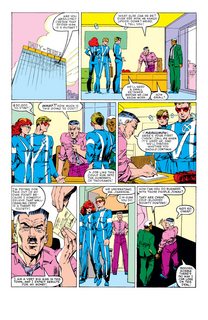 Jonah later indicated that he didn't actually care whether Spider-Man was a mutant or not; it appears he just said what he did to get X-Factor to take the job. 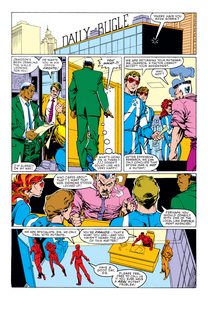 As Nu'Daq mentioned, there was also a back-up story in Amazing Spider-Man #365, where Jonah was shown making tape-recorded notes for his autobiography. While recording one of these tapes, he entertained various theories regarding Spider-Man's origin, speculating that he could be "an alien... or one of those blasted mutants!" 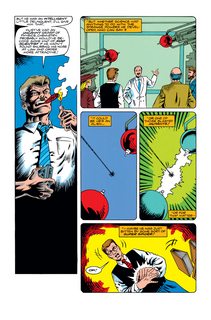 Actually he has- in the mid-90's someone showed me a Spider-Man comic featuring a story titled 'How I Created Spider-Man' (sorry I don't have the Issue number, I think it was Amazing Spider-Man series specifically) where Jameson ponders Spider-Man's origin out loud while talking into a tape recorder- Jameson says "Could be he's an alien- or one of those blasted mutants." He also had a third hypothesis closer to the mark but wrote it off as "too bizzare".

Not the answer you're looking for? Browse other questions tagged spider-man marvel mutant or ask your own question.

10
Why didn't Spider-man become a member of the X-Men?

7
In "One More Day," did Spider-Man really have to make a deal with Mephisto?
28
How do regular people in the Marvel universe distinguish between mutants and mutates?
5
Has Dr. Connors ever experimented with mutant DNA instead of lizard?
5
Has Wolverine ever practiced solo vigilantism?
9
Has J. Jonah Jameson ever received powers?
4
Identify a Spider-Man comic featuring Spider-Man saving Jameson's astronaut son
22
Why does Peter Parker sell pictures to J. Jonah Jameson if his competitors pay more?
4
Where does the "Spidey" comic fit in Marvel's space-time?
3
Who are the "fittest" in Apocalypse's vision of the future?
11
Was there ever a film, comic, or toon where Batman had Spider-Man's (or Spider-Man-like) powers?