Why and when was Spock made to restrain his emotions?

In the original pilot (The Cage), we see that Spock smiles: 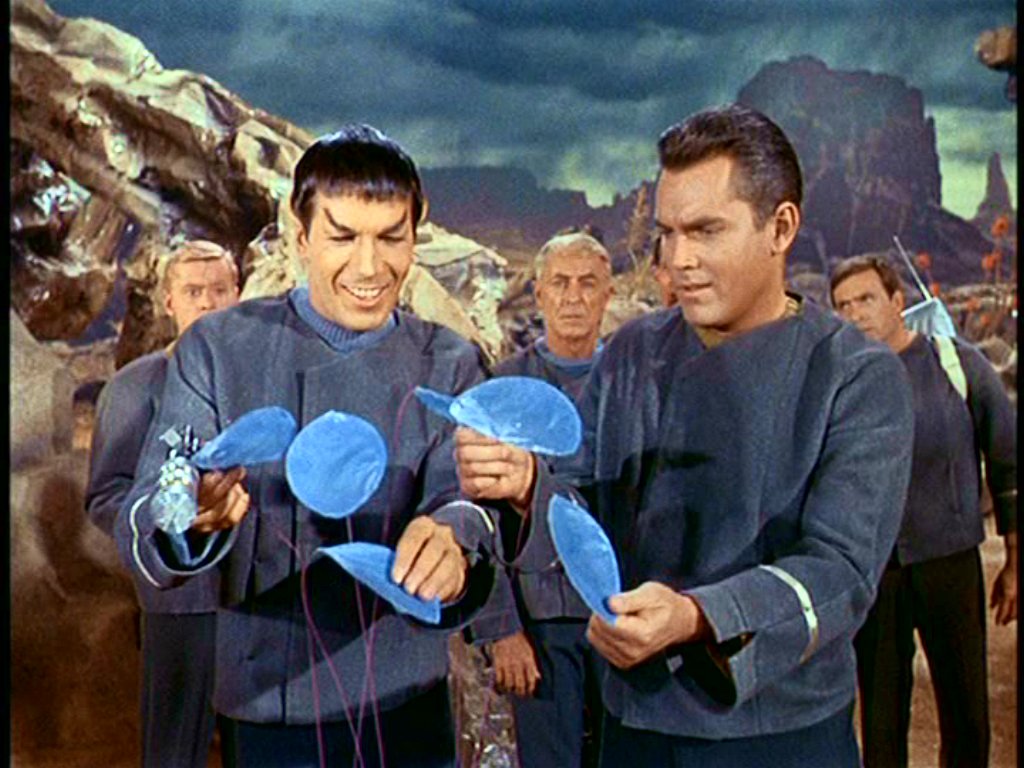 As pointed out in the accepted answer to this question, the reason provided was that Spock was 'grinning with relief'.

It got me to thinking though; evidently at that stage of planning Spock wasn't entirely restricting his emotions; he would still have emotional displays at time.

My question then is this: out of universe, when and why did the character of Spock restrict his emotions?

If I remember correctly, it went like this: In "The Cage" there was the figure of "Number One" played by Majel Barrett. She was logical and controlled and was first officer on the Enterprise. The folks who controlled the purse strings didn't like having a female character for that position and got Rodenberry to remove Majel Barrett as Number One. Spock's character was combined with Number One and retained as first officer.

Here is a summary of an interview with Gene Roddenberry that backs up my memory:

(Thanks to @Plutor for finding that.)

Memory Alpha comes to the rescue:

The following character biography appeared in Roddenberry's original, 1964 series pitch Star Trek is... (and was reprinted in The Making of Star Trek):

"The First Lieutenant. The Captain's right-hand man, the working-level commander of all the ship's functions – ranging from manning the bridge to supervising the lowliest scrub detail. His name is Mr. Spock. And the first view of him can be almost frightening – a face so heavy-lidded and satanic you might almost expect him to have a forked tail. Probably half Martian, he has a slightly reddish complexion and semi-pointed ears. But strangely – Mr. Spock's quiet temperament is in dramatic contrast to his satanic look. Of all the crew aboard, he is the nearest to Captain April's equal, physically, emotionally, and as a commander of men. His primary weakness is an almost catlike curiosity over anything the slightest 'alien.'"

Note that there is nothing here mentioned about Spock being logical; here he doesn't restrict his emotions

The second revised final draft script of "The Cage" described Spock by stating, "The only exception to the familiar types represented by the crew, Mister Spock is of partly alien extraction, his heavy-lidded eyes and slightly pointed ears give him an almost satanic look. But in complete contrast is his unusual gentle manner and tone." The script went on to say that he spoke "with the almost British accent of one who has learned the language in textbooks." Later in the script, one of Spock's statements was directed to be delivered in an "excited" manner.

So, Spock was still not logical; he was in fact less emotionally regulated!

The below quote though tells us why Spock became more emotionally regulated:

According to casting director Joseph D'Agosta, it was his recommendation that the role be played unemotionally. "On the Spock character, the only guidelines I had were that he had to be thin, and a good actor with no emotion," D'Agosta stated. "He was a cold, calculating, logical person. Humor was not even considered at that time." (The Star Trek Interview Book, p. 213) According to Leonard Nimoy, he felt the need to play the character as more emotional when Jeffrey Hunter was playing the internalized Christopher Pike, as opposed to William Shatner's portrayal of Captain Kirk. (Mind Meld: Secrets Behind the Voyage of a Lifetime; et al.)

We can gather from this the why, and that the 'when' was when Shatner was cast as the point when Spock actually became more logical.

We know from that same article that by 17 April 1967 Spock was logical.

Not the answer you're looking for? Browse other questions tagged star-trek star-trek-tos characters or ask your own question.

10
What is the in-universe reason for Spock smiling in 'The Menagerie'?

54
When Did Vulcans Change from No Emotions to Buried Emotions?
17
Why was Spock logical in the mirror universe?
0
When did Kirk and Spock check the records in Assignment Earth?
48
What's the deal with “marshmelons”?
6
Where was Spock when the Enterprise B was launched?
8
What was the name of a Star Trek TOS “Choose Your Own Adventure” style book?
9
Was Spock Starfleet's second mutineer?
5
Why didn't they teach Captain Pike Morse Code?
11
Do Vulcans blush green?