Can flow of force be disturbed with technology?

I haven't seen it in movies & TV shows (And, no luck regarding novels as I haven't read any). But, in many Star Wars video games, I experience disturbance while using force in some tech environment. Is there any canonical explanation of it? I don't consider video games under canon..

First, there aren’t any canon examples of technology in general disrupting the Force through its mere presence, as the question seems to be suggesting. Indeed, during the years before the Clone Wars, the Jedi Temple was on Coruscant, an entirely urbanized planet that was virtually packed with technology. Technology may be unable to interact with the Force, as is apparently1 the case with droids (who, lacking midi-chlorians, cannot access the Force) but it does not disrupt it.

Speaking more narrowly, though, there aren’t any specific devices in current canon that can affect the Force. Previous works mentioned devices such as the Universal Energy Cage, but these are now Legends, and thus non-canonical.

On the contrary, it’s perfectly possible for a sufficiently powerful individual to use the Force to affect people through some of the better defenses in Star Wars. Witness Darth Sidious using the Force to choke Count Dooku through both Coruscant and Serenno’s planetary shields: 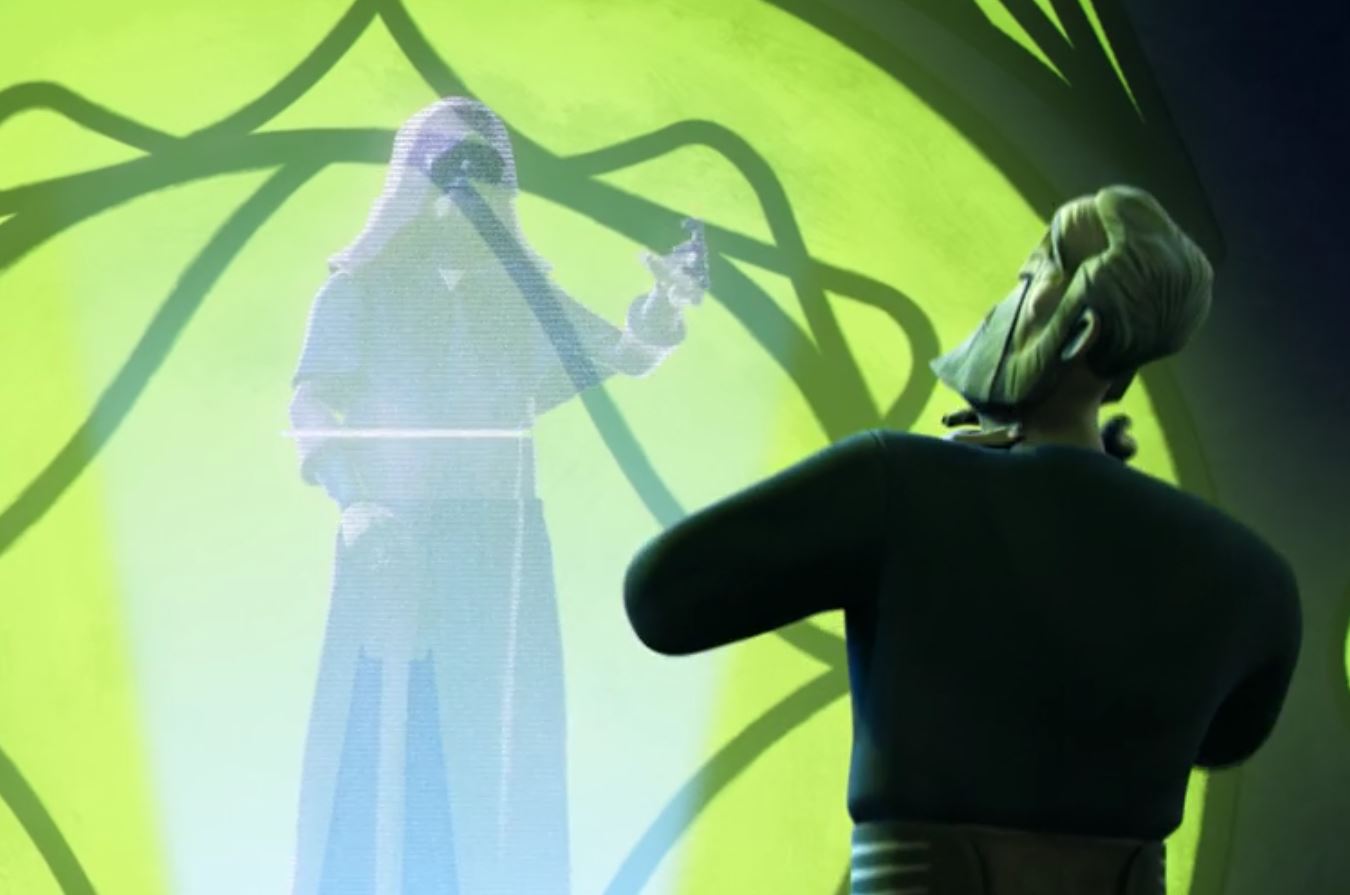 Visual contact (or at least precise knowledge of their location) seems to still be necessary (as well as considerable skill with the Force), but there’s no denying that the Force can bypass shields.

If we expand our definitions a bit, it might be possible to manufacture something that disrupts the Force. For example, the Imperial Inquisitors used Luminara Unduli’s bones to fool surviving Jedi into being captured, suggesting that some element of her Force presence lingered in her remains. It might be possible to use the remains of a powerful dark side user, then, to create an object that could disrupt the light side, and give any Jedi in the neighborhood a big headache—but this is very speculative. In any case, this would only pose an obstacle to light side users, and would be quite the opposite for those strong with then dark side.

Similarly, technology created with kyber crystals, which are in tune with the Force, would create a noticeable disturbance in the Force, but wouldn’t disrupt the ability of people to use it, per se.

1: Consider the frequency of the Force among organics, and the number of sentient droids.

Not the answer you're looking for? Browse other questions tagged star-wars video-games the-force or ask your own question.

1
Are there any technological defences against the Force?
6
Why did the Empire need Luminara Unduli’s corpse?

9
Are Midi-chlorians Ever Shown to Act Intelligently?
18
Is there any meaningful material in “Witcher” canon that requires playing games?
15
How did Yoda counter Count Dooku's Force lightning?
12
Why do lightsabers attract Force sensitives?
1
Why do Kylo Ren's force effects shake?
5
Can Darth Vader's armor self repair?
11
Has there ever been a Star Wars / Star Trek crossover?
27
Do the animals shown as pieces in the holographic game with Chewbacca and R2D2 on the Millenium Falcon show up in other Star Wars media?
15
Can a Force Ghost train a Jedi pupil?