Has Wonder Woman ever killed a mortal in anger?

Regularly in JLU, Wonder Woman appears to lose her temper and comes very close to killing someoine in anger. AFAIK she never follows through in the show.

But anywhere in canon, does she ever kill a mortal?

She decapitates Medusa in a baseball court, but she's not really a mortal anymore:

The fight takes place in a baseball court and is by Ares transmitted to the world. The fight is brutal, as Diana fights blind, first by a piece of cloth, then by snake venom she pours into her own eyes. But Diana is victorious in the end as once again, Medusa is decapitated.

Once when she believes Superman has been killed:

And once when some bank robbers interrupt her day off:

During Sacrifice (part of Infinite Crisis) in Wonder Woman #219, she snaps the neck of Maxwell Lord: 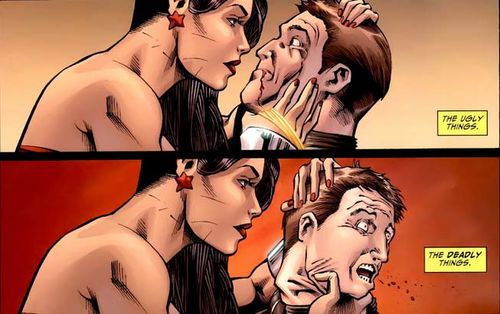 To be fair to her, he was mind controlling Superman at the time, but she did kill him. I'm not sure how "angry" she was tho.

In addition to the Maxwell Lord answer, Wonder Woman has killed in alternate continutities as well: 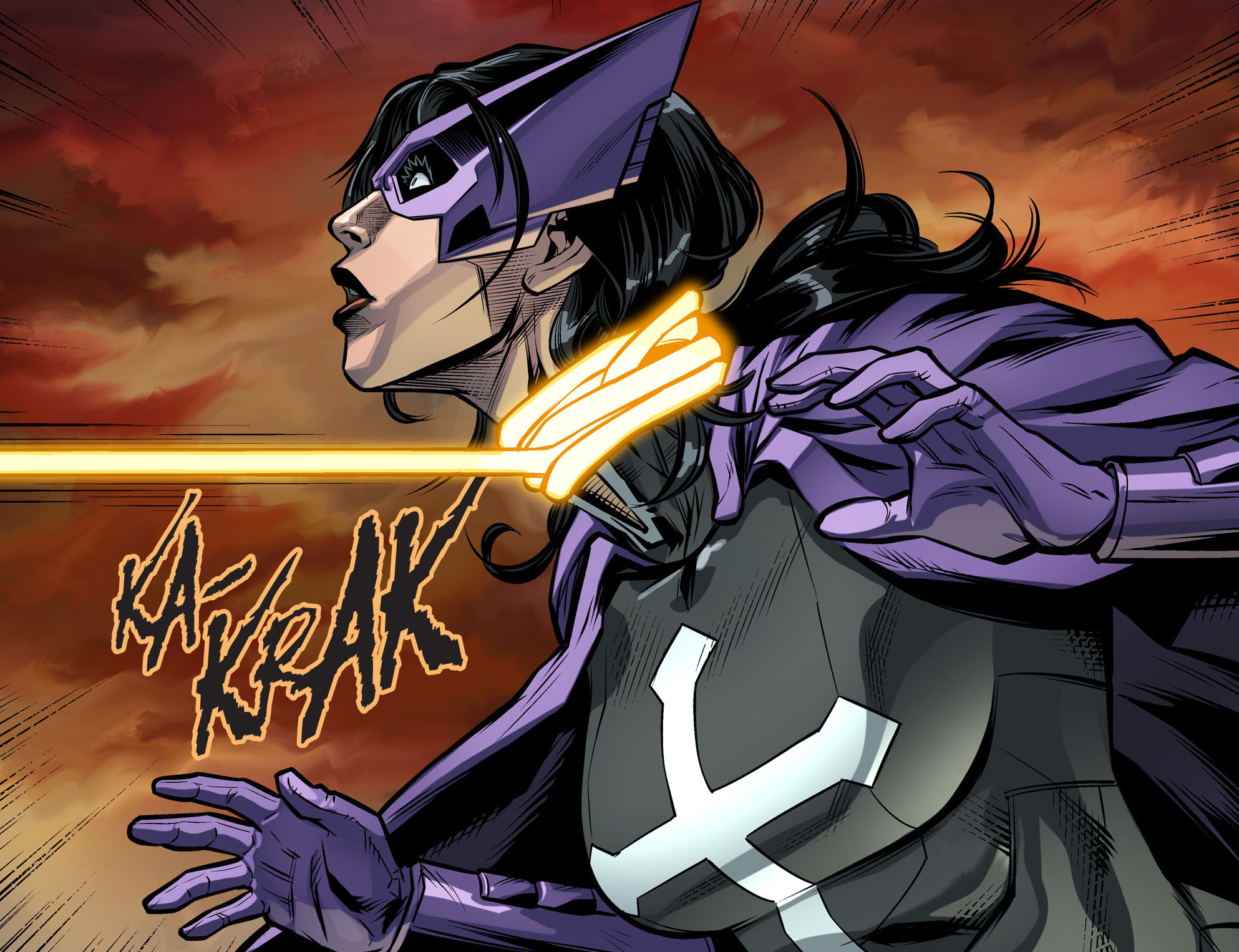 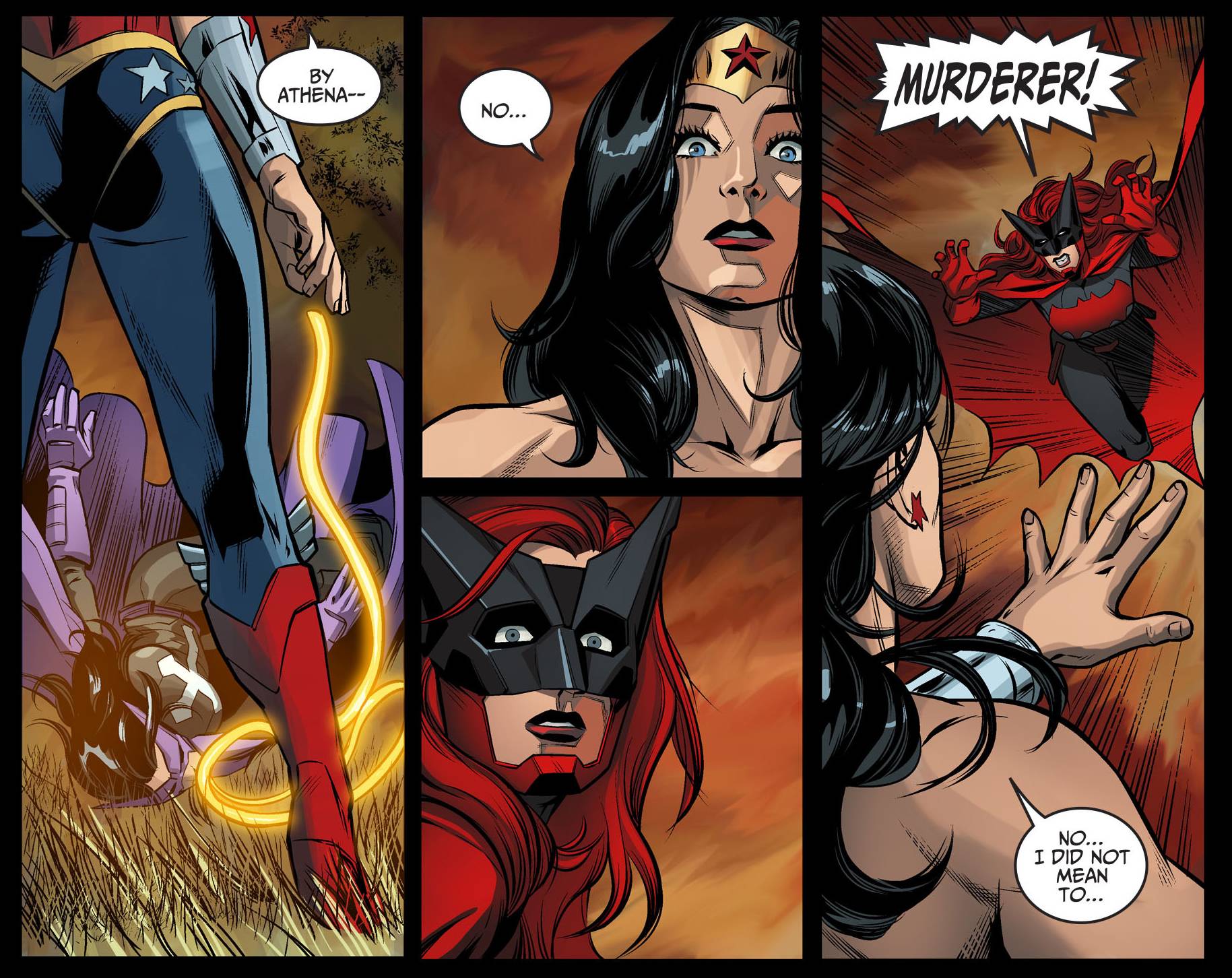 Not the answer you're looking for? Browse other questions tagged dc justice-league wonder-woman or ask your own question.

0
Does Wonder Woman have a no kill rule?