I've started watching Enterprise and noted that T'Pol's eyebrows aren't those of a typical Vulcan. Here's an image of her in season 1: 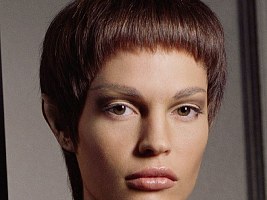 Note how here eyebrows don't point upwards like a typical Vulcan's would, but are more like human eyebrows. I thought that this perhaps might be something to do with the fact that she is a female Vulcan, but then I thought of T'Pring - compare the two: 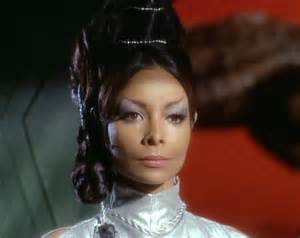 You will note how T'Pring's eyebrows are pointed upward much more than T'Pol's do, more like a typical Vulcan.

I also note that when I do an image search for T'Pol, there are images of her with the more typical Vulcan eyebrows, for example: 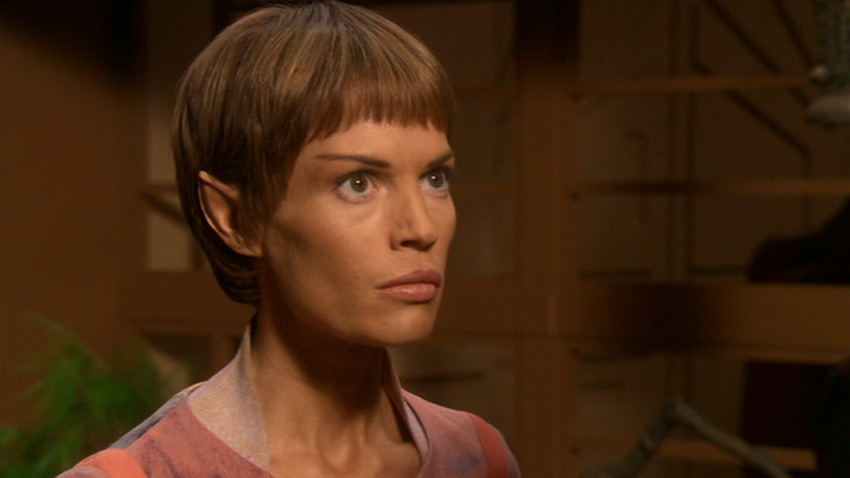 My question is why aren't T'Pol's eyebrows like the typical upward-pointing Vulcan eyebrows in season 1? I'm looking for an in-universe or out-of-universe answer.

Michael Westmore was the makeup designer and supervisor and said, "Jolene was a Trek fan and she hated that they didn't give her usual Vulcan ears and eyebrows. So in season three, she and her makeup artist just went ahead and made the change. When she appeared on the set with her new look, no objections were raised."

Let's look at the facts:

I think there are two possibilities:

Unfortunately, I can't find much supported for which of these is more likely.

FYI, the shape of eyebrows can vary quite a bit in shape in the human population -- naturally and artificially. http://i.huffpost.com/gen/968283/images/o-MICHELLE-OBAMA-VOGUE-facebook.jpg

I see no reason why they couldn't vary significantly among Vulcans.

If I had to come up with an in universe plausible reason off the top of my heads, I'd imagine she is participating voluntarily in some vulcan government sociological experiments regarding human / vulcan relations since they are still adjusting to us. At which point it'd make sense that the experiment either finished its duration, or was considered a failure.

Vulcans have eyebrows like humans. They shave/tweezers their brows for religious/cultural/fashionable beliefs.

1
Why did T'Pol act like a human woman with Trip?
20
Can hybrid Vulcan/Humans procreate, or are they like mules?
9
Why didn't the Earth & Vulcan battle cruisers engage the Xindi SuperWeapon and Reptilian ship?
18
Are Enterprise security personnel trained in combat?
12
Why aren't the Xindi referred to anywhere other than Enterprise?
9
Can you do *that* with just any ole alien?
17
Why doesn't anyone mention the obvious about the Vulcan temple?
2
Why aren't Zarv and his peace negotiators affected when Lorelei speaks?
11
Why aren't transporters used more often in Star Trek Enterprise?