Why does Superman fly headfirst?

Like almost all superheroes who can fly, Superman almost always flies headfirst, often with his fist extended in front of him.

There doesn't seem to be any reason why this pose would be superior to any other, unless he's in a serious rush to get somewhere. Why not fly feet first, or sideways, or standing up, or sitting Indian style?

When Superman is just getting from one place to another and isn't in a hurry, why does he fly headfirst?

From FASTER: Demystifying the Science of Triathlon Speed (2013) by triathlete and aeronautical engineer Jim Gourley:

It's why Superman flies head first. With that huge cape adding so much drag, he needs to be as efficient as possible! The most common way to reduce your frontal area is to lean farther over the aerobars on the bike or improve your streamline position in the water. Coaches and bike fitters go to great lengths to emphasize this, because unnecessary frontal area significantly compromises performance.

In other words, by flying horizontally, friction is significantly reduced. Flying standing up, for example, presents a lot more surface area for air resistance.

This is consistent with the fact that Superman doesn't always fly head first. When he's not concerned about speed or efficiency, or when he is performing a particular maneuver, he may adopt other positions: 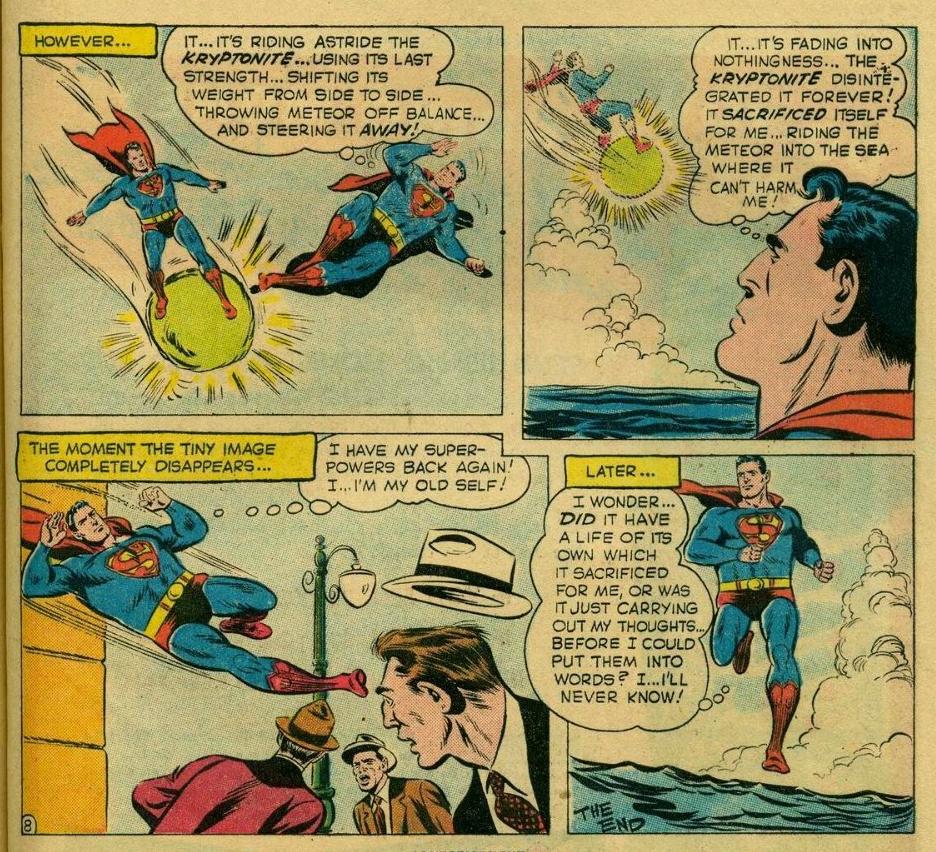 My guess is that it is mainly for the same reason that the cockpit is nearly always positioned in the front of an airplane. The reason for this seems to basically be visibility.

Visibility is probably not a matter of personal safety for Superman - crashing into something might not kill him - but, being a nice guy, he probably wouldn't want to destroy an airplane filled with people in mid-flight. Even if he managed to save them all, it would probably ruin their day. And even when there are no airplanes around, crashing into fifteen geese is likely not that fun either.

My own personal addition to Superman flying headfirst is that it makes more sense anatomically. His head (or, often, his extended arm) is one item, whereas his legs are two separate items. Air resistance, enormous at these speeds, will likely work to pry his legs apart and make them flail every which way. Of course, he is Superman, so he has enough muscle to keep them together, but why get distracted by the unnecessary muscle tension? Just fly head (arm) first, and leave legs in the back to drag. 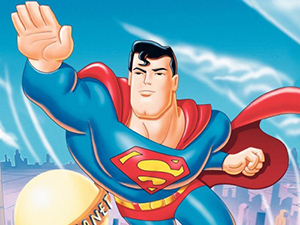 Superman is also occasionally portrayed with both arms extended. In principle, this makes some sense as well, if the double-arm pose was the water-dynamic pose used by divers.

However, the occasional double-arm pose tends to be closer to this:

Now this one I find rather impractical. The only way extending your arms would make sense is if you A. Keep your hands together, B. keep your hands open and not in fists, and C. tuck your head in. The obvious reason for the less practical pose is that it looks extra cool, but come on Superman. Everyone already knows you're heroic and whatnot. 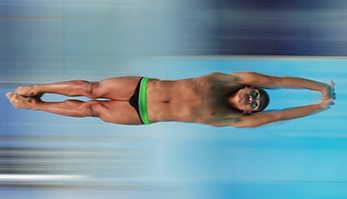 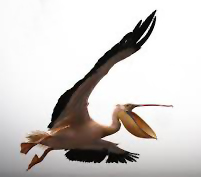 Speaking as an ex-skydiver, if you want to fly forward relative to the ground, you don't put your arms in front, you hold them backwards. Something like this. 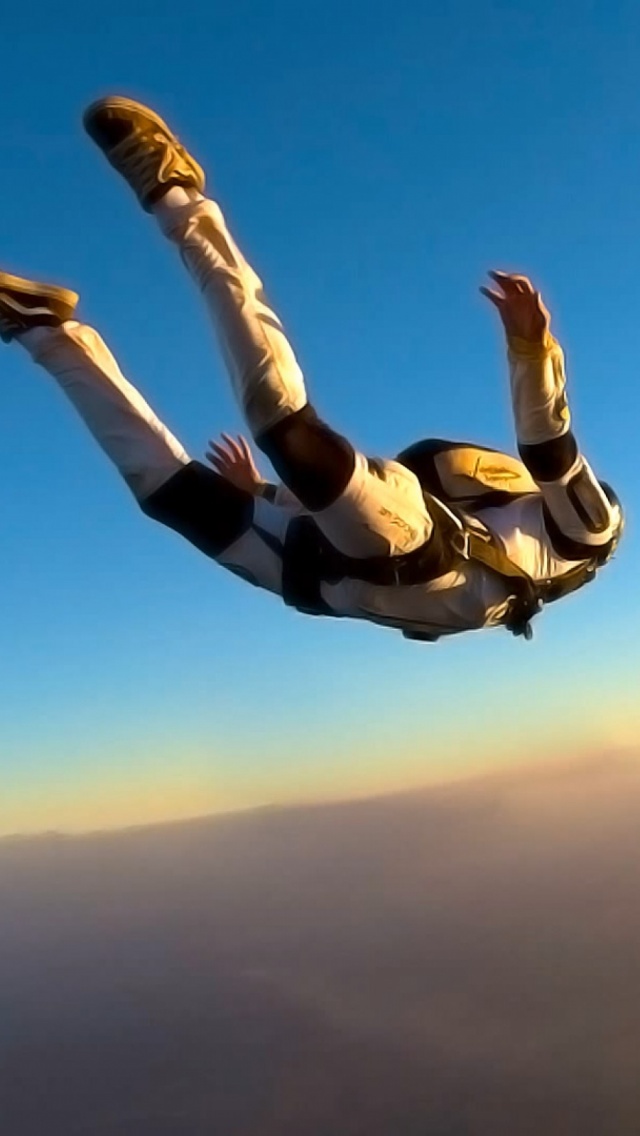 When diving into water you clasp your hands ahead of you only to protect your head by breaking the surface of the water.

I suggest that because Superman can presumably fly faster than sound, he is being considerate to people on the ground by holding a hand or hands in front, reducing the shockwave he produces. Also this will prevent his hairstyle from being disturbed too much.

Finally I don't believe superman has super clothes (??). Therefore, to avoid them being destroyed by the enormous wind-force, he is deflecting the airflow away from them with his bare fist.

Let me quote the titular story from Eric Knight's The Flying Yorkshireman, from when Sam Small gains the power of flight and learns to control it.

For, curiously enough, although all the movements that a bird makes normally in flight came natural to him, he had to learn of his own accord the evolutions that an airplane can achieve.

I would guess Superman is similar: flying headfirst comes to him by instinct.

32
Why does Superman put one or both arms up when he flies?
15
Does Superman clean his uniform?