Trying to remember a dinosaur book

From what I remember, a guy is transported back in time, a time before dinosaurs. He is told to only travel on certain paths. When he breaks this rule, he bends a blade of grass that a dragonfly/butterfly was supposed to land on and be eaten by some lizard. Since this event doesn't happen, evolution is forever changed. The protagonist finds himself in a land of dinosaurs but now they can talk verbally, they have a government and such, basically dinosaurs evolved into the dominant species. The protagonist is captured by a raptor and taken back to the raptor civilization and is imprisoned there. Can't remember the title of this book. I would recognize the cover of the paperback if I saw it. Any ideas? It's not Thomas Hopps' Dinosaur Wars although the there are some similarities...

Building on Frank's answer, there was a book series based on "A Sound of Thunder", "Ray Bradbury presents Dinosaur World" (actually written by Stephen Leigh). The plot continued the story, and the first one did indeed have the main characters being captured by intelligent dinosaurs, although they were ornithiomimids rather than raptors. 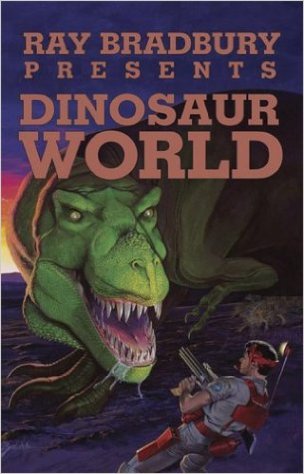 There were several black & white interior illustrations by Wayne Barlowe. Here's one of the intelligent dinos: 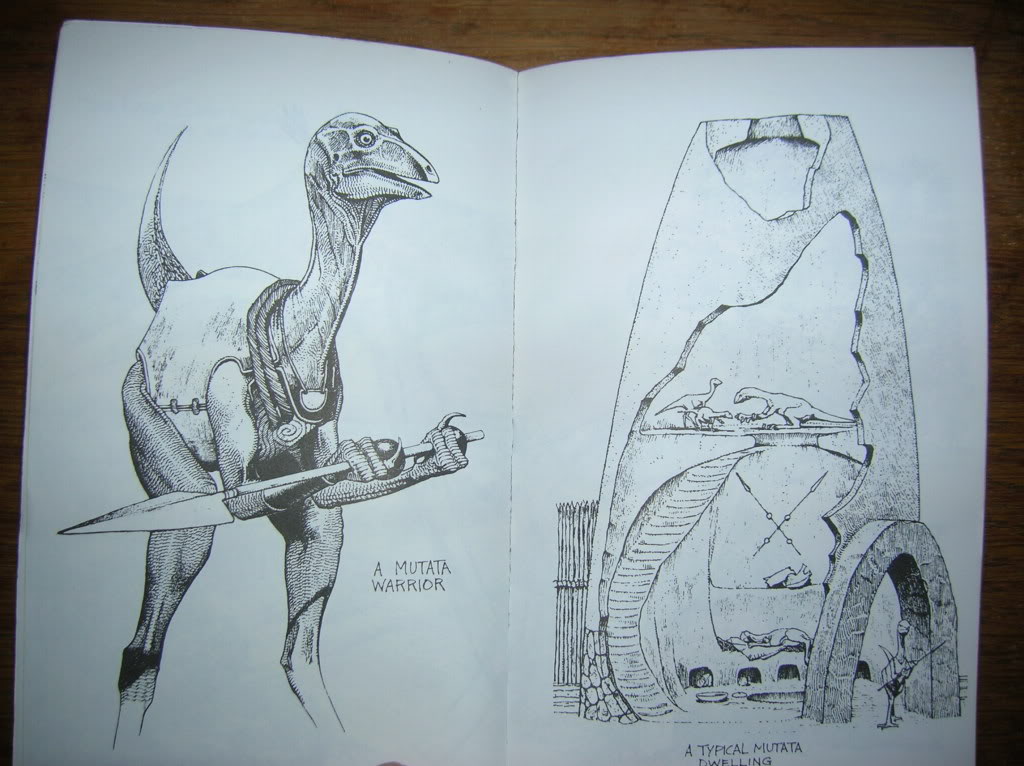 There are many similar stories and books. I'm not sure of the one you described. But Ray Bradbury wrote a short story "A Sound of Thunder". People are taken on hunting tours in the past. They kill dinosaurs that are about to die, and they must stay on a path. One guy runs off the path. He ends up stepping on a butterfly. When they return to the future they find things subtly different. But there are no intelligent dinosaurs in that story.

Not the answer you're looking for? Browse other questions tagged story-identification books time dinosaurs or ask your own question.

10
Story involving a time machine in a museum and butterflies