Is there a reason Dr. McCoy has a decorative lizard thing on his sickbay wall? 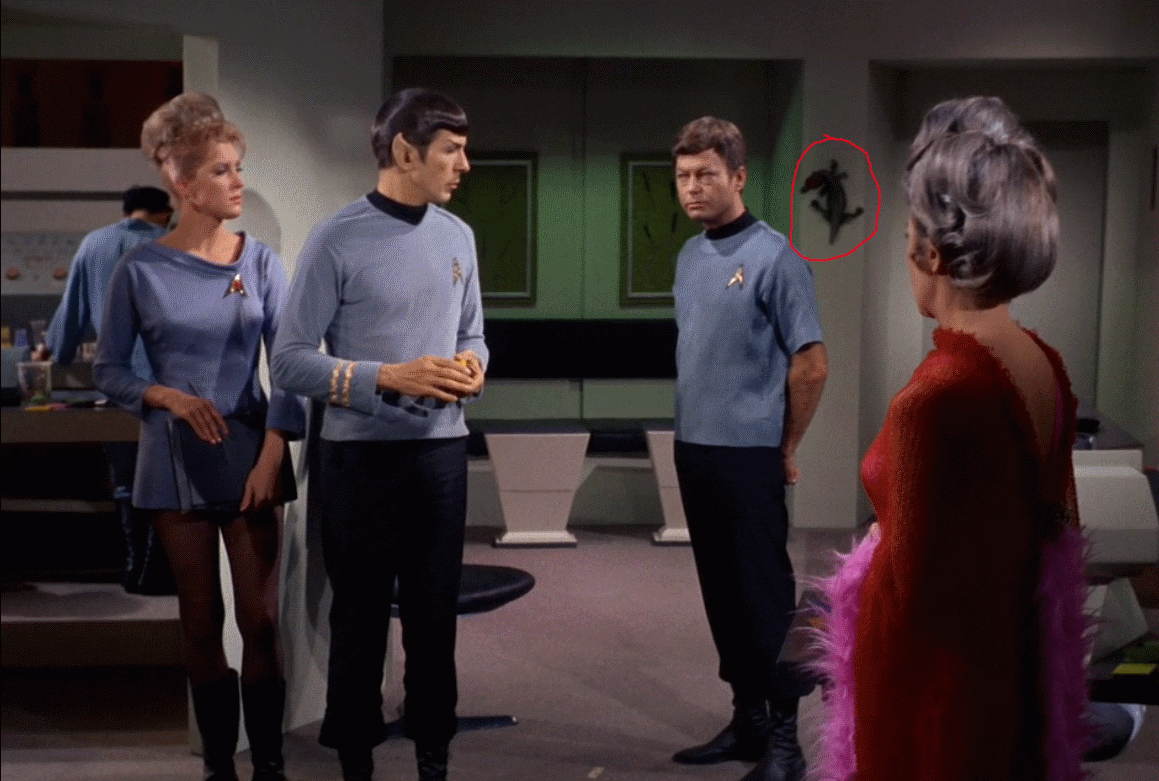 As far as I can remember it's been there for all of the 1.5 series I've watched so far, and no one's ever commented on it. Does it have any particular significance or is it just a random object?

There seems to be no official information whatsoever — in-universe or out-of-universe — concerning McCoy's decorative lizard, which we can see more clearly here in a screenshot from "Amok Time": 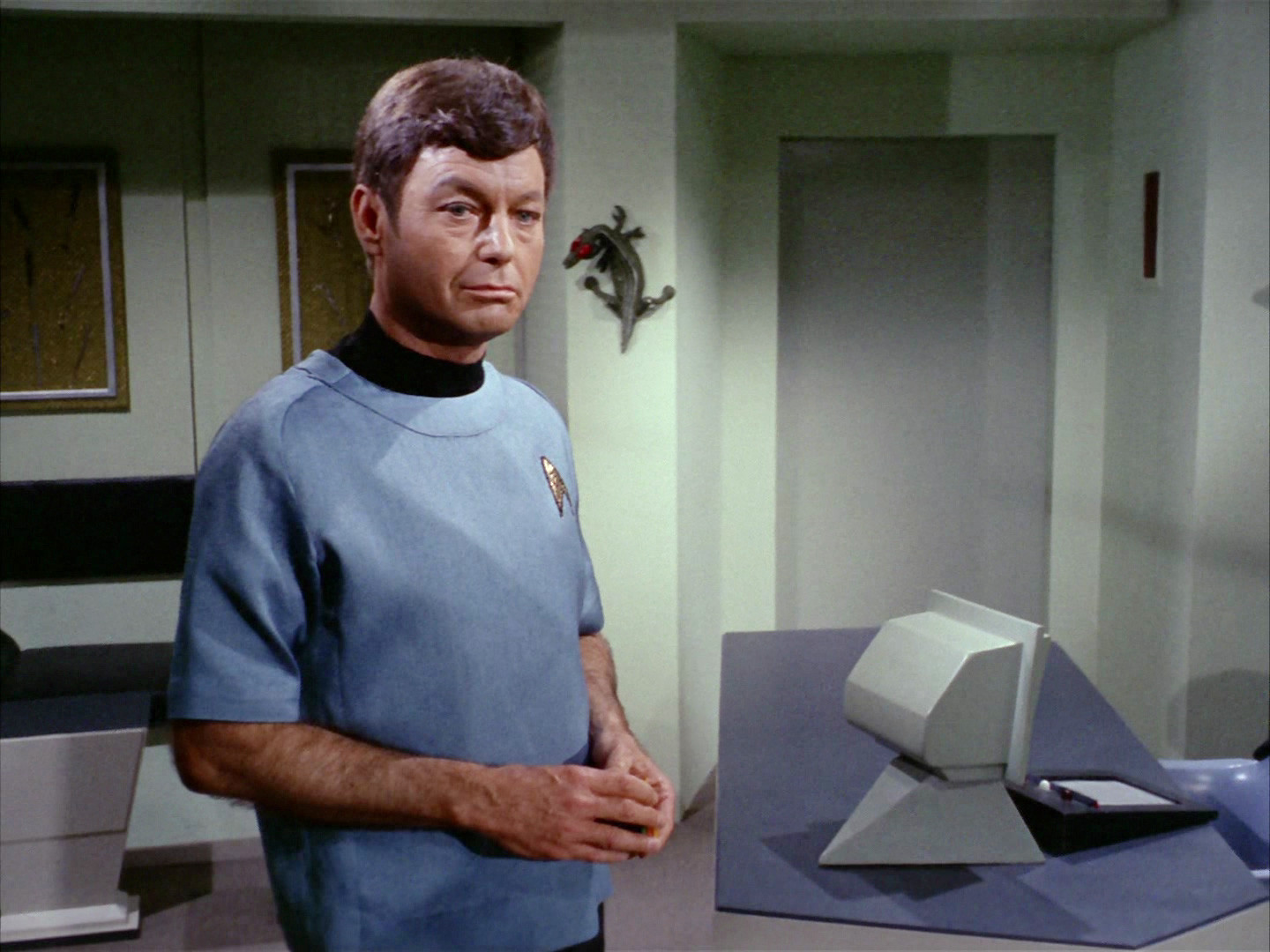 But given that McCoy is from Georgia and trained in Mississippi, this could be one of a number of different salamanders commonly seen in the south of the US (as posited by users discussing the ornament on the TrekBBS), 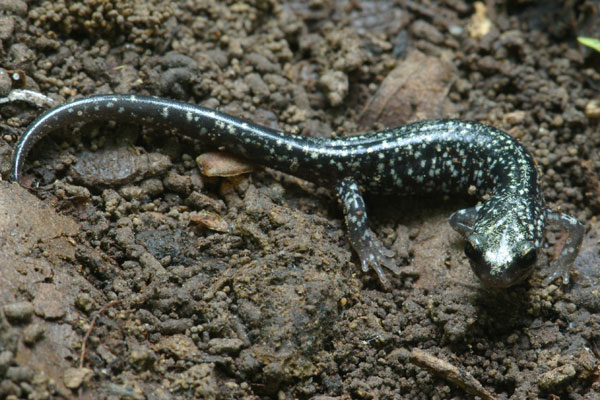 or a southern US gator or crocodile, the latter of which is pictured below: 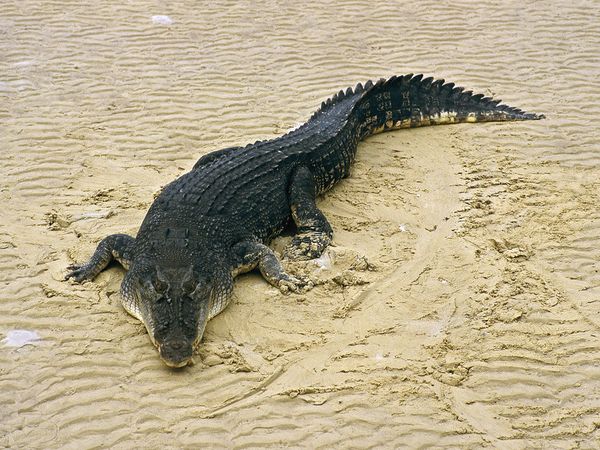 Given the ornament's flat back and elongated snout a crocodile would be a better fit than a salamander. Crocodiles are also more southern US-centric than salamanders.

In-universe, this would be like McCoy bringing a "little piece of home" into space with him. Out-of-universe, it helps to cement the character's back story.

Finally, while it appears that the ornament might have six legs, I believe the pair that are second from the top are just mounting brackets (they have no hands like the uppermost pair).

Thanks to @T.J.Crowder, @KRyan, and @terdon for their help on this!

The piece on Dr. McCoy's wall is definitely not a lizard nor a salamander from Earth.

First it has a very short tail and an elongated mouth - two things that you won't find on a lizard or salamander from Earth - but most important, it has also two pairs of front arms; each with two digits.

Clearly, this has been put there in order to show that Dr. McCoy has a great interest in astrobiology; the science of biology for planets other than Earth.

(Of course, the exact definition for the term astrobiology would be different in Star Trek than it is today on Earth and they might even use another term.)

I'm not a spiritualist, but if there's any reason other than it's a decoration, this might be it:

If Lizard is your Animal Totem –spirit-animals.com/lizard/

When Lizard is one of your personal Animal Totems you have the power to regenerate that which is lost. You are prone to repeating some cycles simply because your energy loves [to recreate] your emotional attachments in some way. You are extremely good at facing your fears and moving between realities and “otherworlds”.

We have an innate ability to recognize danger and can remove ourselves from harm’s [way] when the situation calls for it.

Spirituality aside, lizards do have amazing regenerative abilities; the only animals I can think of that can regrow a lost limb throughout their adult lives. Enabling self-restoration is the holy grail of physicians (and apparently, it still hasn't been found).

9
Are there Easter eggs in the opening credits of the remastered original series?
30
Attempting to identify various time travel devices in a comic book image
12
What is the significance of the different styles of, and emblems on, Klingon baldrics?
22
Has Starfleet ever made First Contact with a pre-established space-faring species oblivious to alien intelligence?
30
What political system does Star Trek's Federation operate under?
8
Why doesn't the crew automatically switch the main view screen to interesting objects?
14
What is this Star Trek TOS device with the ribbon of small colored squares on top?
16
Does Star Fleet make accommodations for alien crew members?
10
What do Spock and Kirk eat?
7
Did the original Star Trek series ever tackle slavery as a theme in one of its episodes?