Were man-portable area deflector shields used in the Clone Wars?

The Star Wars Battlefront game trailer features the use of a man-portable area deflector shield at the Battle of Endor (taken from this Youtube video starting at 44 seconds):

The shield generator is carried by a Rebel infantryman, powered up in the middle of battle, and used to protect several Rebel infantrymen from AT-ST fire. Does such a device have a predecessor from the Clone Wars era?

The area shield seen at the Battle of Christophsis: 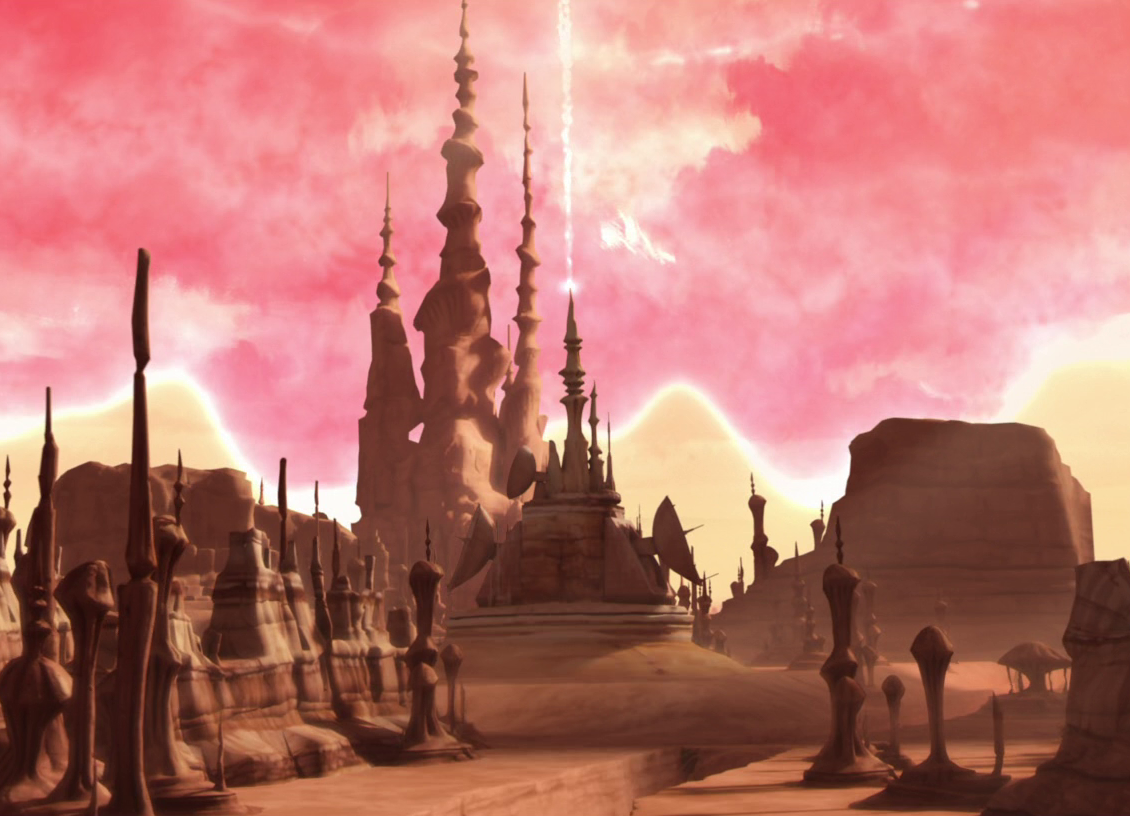 However, none of these previously known area shields are man-portable (the Gungan shield generator comes closest, but is carried by a pair of fambaa war beasts).

(The Gungans do have a personal energy shield which is of course man-portable, but this shield does not protect an area -- it doesn't even fully protect one infantryman -- so such a shield isn't really a predecessor of the shield generator seen in Star Wars Battlefront.)

It seems odd that there doesn't seem to be any device from the Clone Wars era similar to the one seen in the trailer, despite the fact that similar (but larger) shield generators as well as smaller personal shields were in use by the Gungans well before the Clone Wars. I would think that the Republic would want to use shields like the one in the trailer to help protect their valuable and expensive clones, and perhaps even the Separatists would want to use them to protect their relatively expensive super battle droids.

To be clear on criteria, I'm looking for a shield generator that is

The Death Watch portable shield comes to mind. First appearing the the Star Wars: The Clone Wars episode "The Lawless," this shield is mounted on Mandalorian armor gauntlets and can deflect blaster. However, unlike the other shields that cover the entire body, this one basically relies on the wielder to be used correctly and safely. Here's a picture. 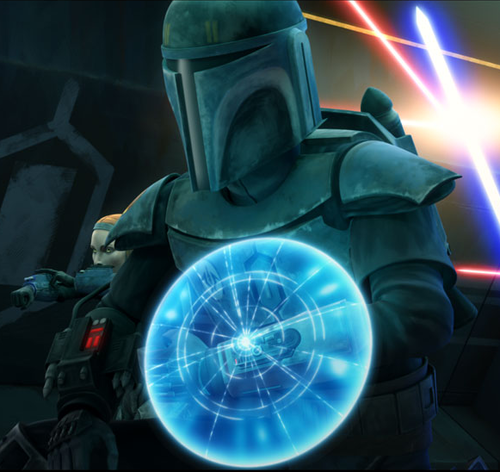 6
Why were ray shield generators used in the interior hallways of combat spaceships?

7
Could Star Wars deflector shields prevent non-weaponized energy signals?
9
Are shields in the Star Wars universe the same technology as Lightsabers?
9
Why are there so many examples in the Star War's Imperial fleet where no shield generator is in use?
30
How were Anakin, Obi-Wan, and Palpatine physically trapped by a ray shield?
30
How do Droidekas fire blasters through their shields?
2
Is Starkiller Base protected with a different shield technology?
4
Were the Clone Wars considered a total war?
7
Why aren't stealth field generators more common during the Clone Wars and Galactic Civil War?
5
How capable are Y-wings and B-wings for taking down a First Order Dreadnought?