Why was the Federation split across two quadrants?

As can be seen in the below maps of the galaxy, the Federation is split across the Alpha and Beta Quadrants. 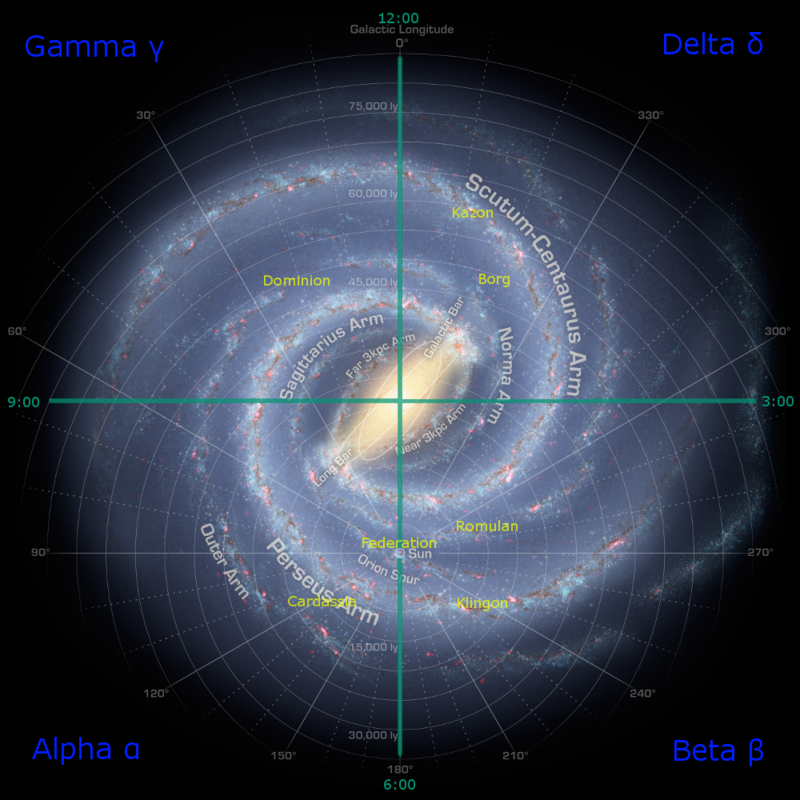 Another map can be seen here

My question is, out-of-universe, why was the Federation split across two quadrants? Is there any particular significant reason why this was done? It just seems to me that it would be 'neater' to have the Federation situated in a single quadrant.

There is a reason, but not a particularly significant one

According to the Star Trek Encyclopedia, it comes down to a single mildly important line from Wrath of Khan (emphasis mine):

KIRK (OC): I told Starfleet all we had was a boatload of children but ...we're the only ship in the Quadrant. Spock, these cadets of yours, how good are they? How will they respond under real pressure?

Now, according to the Encyclopedia, under the entry for 'Alpha Quadrant', it states:

The reason for splitting the Federation between Alpha and Beta Quadrants was to rationalize Kirk's line in Star Trek II that the Enterprise was the only starship in the quadrant.

Memory Alpha also cites this as the reason. That page also acknowledges that the use of the term 'quadrant' is used quite loosely throughout TNG to refer to minor and major quadrants; in this instance it seems that the writers chose to assume that Kirk was referring to the major quadrant.

Interestingly enough though, Memory Alpha makes the point that

according to the Encyclopedia, Earth marks the border between Alpha and Beta Quadrants. The display graphic on a PADD in Star Trek: Insurrection would seem to confirm this.

Indeed, looking at the galactic map in the question, it shows Earth to be on the border. Unfortunately the version of the Encyclopedia which I have at the moment doesn't mention this under the 'Earth' entry - presumably because, at the time of publishing, the last source have been released was Star Trek: First Contact which was of course before Insurrection

Importantly though, the same paragraph also notes that

Dialogue in Star Trek: Voyager and Star Trek: Deep Space Nine however firmly establish that Earth is located on the Alpha Quadrant side of the border.

Although it's probably near the border, but moreso on the Alpha Quadrant side.