I was reading some of my old comics and noticed this variant cover of New Avengers #1. 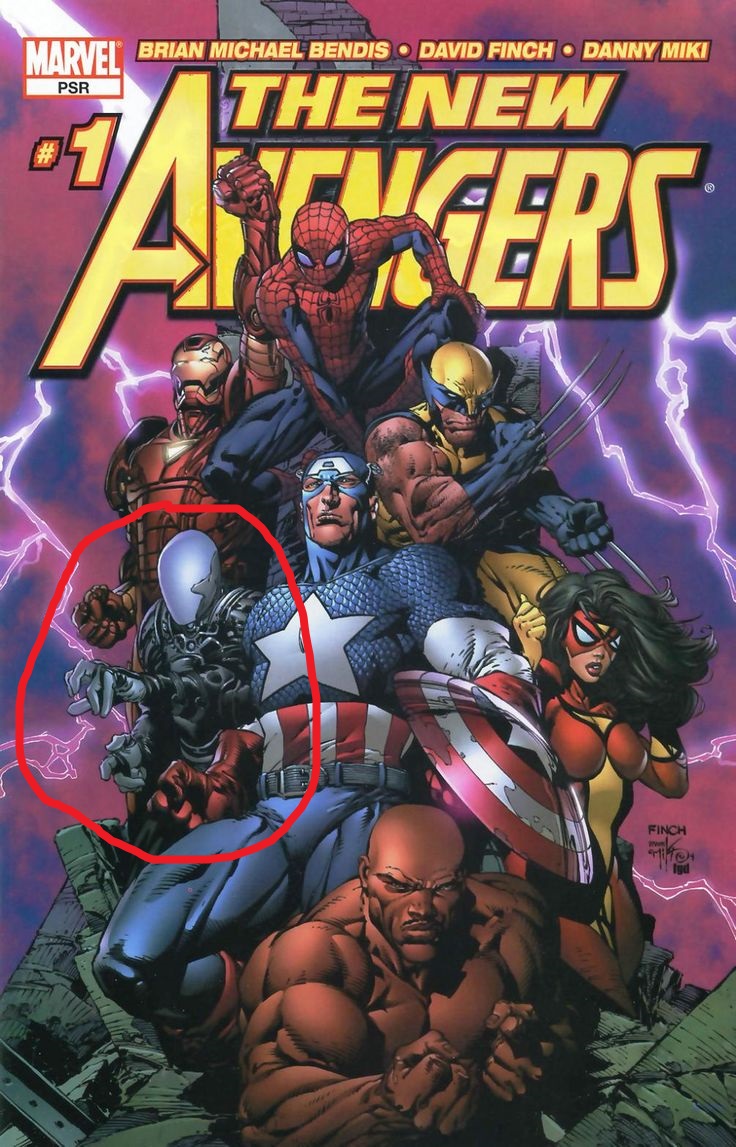 Who is the guy in black between Ironman and Captain America? I just re-read this issue and the few after so I know he isn't in it. There is another variant that features Ronin but this is definitely not Ronin's look nor does he show up until the next arc of the story (about 5 issues later).

Is this some early concept look for Ronin or some character that didn't make the cutting room floor?

It appears to be the character Lancaster Sneed, aka Shockwave. Sneed is a mercenary and normally appears as a villain, so I have no idea why he appears on the cover as part of the team roster. He does appear in the issue, but only as a background character along with numerous other villains.

Also, this must be an alternate, unused design for Sneed, because his normal armor is yellow and orange like so:

Note: Sneed HAS worked with SHIELD before, so it's entirely possible that he was on the team in early drafts of the roster.

14
How Do I Know if a Comic Book Issue Is Part of a Series?
12
Who is this character supposed to have been in the Avengers: Age of Ultron?
30
Who is the Marvel character on this button?
18
Why does Captain Marvel in the MCU not have her sash?
5
Is Matt Murdock's Daredevil persona still public knowledge in the comics?
15
Who is in the middle of the Marvel's Avengers Vol. 3 #38 cover?
2
How did the non-Asgardian children came to be New Asgard residents?