When did Jedi start using lightsabers?

Be warned that the following is entirely Legends, not canon!

Lightsabers existed before the Jedi Order...

Wookieepedia has much to say on this:

The first lightsabers came into being when the precursor Je'daii Order combined advanced offworld technology with a forging ritual, learning how to "freeze" a laser beam. The earliest known functional lightsaber was the First Blade, built on Tython prior to the Force Wars by an unknown Je'daii Master known only as the Weapon Master. With the formation of the Jedi Order after the Force Wars, ceremonial weapons were an integral part of their order. For millennia afterwards, the Jedi continued to use bladed weapons like swords, as lightsabers had not yet been refined for regular use.

Now, according to Wookieepedia again, the Force Wars began around 25,793 BBY ["Before the Battle of Yavin", in which the first Death Star was destroyed], placing the first lightsaber slightly prior to that date

Yet, as the quote indicates, these lightsabers were more ornamental than anything else.

...but the first usable lightsabers were created after the founding of the Jedi Order...

By the time of the Duinuogwuin Contention around 15,500 BBY, Jedi studies and researches with "frozen blaster" technology yielded success; they developed a method to generate a focused beam of energy that arced in a circumferential path back to its source, creating a controlled energy circuit and leading to the first portable high-energy blades. However, these preliminary lightsabers were highly unstable and inefficiently guzzled energy from a belt-mounted power supply; they could only be used for a brief duration before overheating. As a consequence of these flaws, the first lightsabers were little more than ceremonial objects, seldom worn, and much less utilized.

...and they weren't fully adopted until well after the founding of the Jedi Order

However, as for when they were first properly adopted by the Jedi as their main weapons:

With the Sith defeat at the end of the [Great Hyperspace War], modern lightsabers were adopted by the Jedi Order. By 4800 BBY, they were almost universally utilized by Jedi

To put this all in perspective, the Jedi order was founded around 25,783 BBY (Source), so in answer to your question Lightsabers existed just prior to the founding of the Jedi Order, but weren't fully adopted until well after the Jedi Order's founding.

The offworld technology, used by the Je'daii came from the Rakatan Infinite Empire. The Rakata was an alien race; the entire species used the Bogan- i.e., the dark side of the force. The Rakata created the first proto-lightsabers, which they called forcesabers. The forcesaber was powerful, yet primitive. It was also dangerous as only someone who used the dark side could activate it. 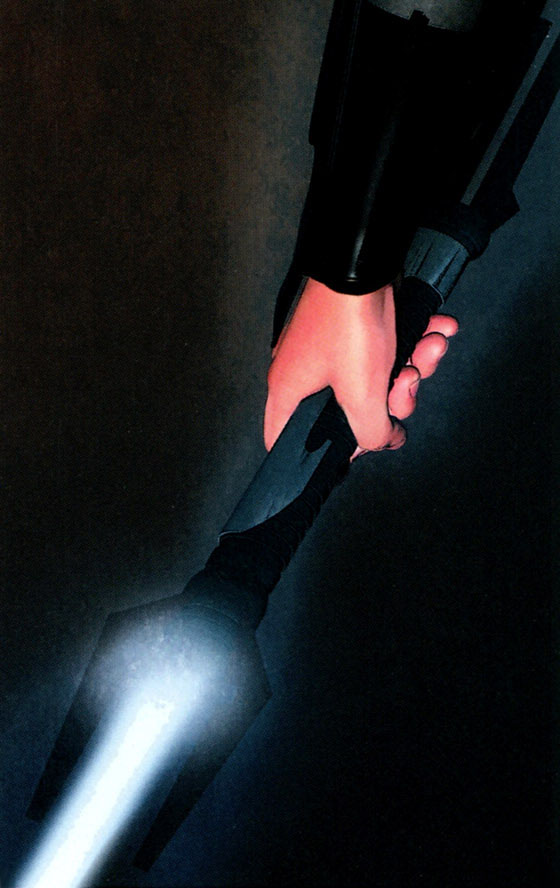 Not the answer you're looking for? Browse other questions tagged star-wars jedi lightsaber or ask your own question.

25
Did any Jedi ever choose to forgo using a Lightsaber?
10
Why don't non-Jedi carry lightsabers as tools?
13
Why don't we see more dual-phase lightsabers?
57
Why don't the Jedi use tutaminis instead of using their lightsabers?
17
Why did most lightsabers have an activation button?
11
Were lightsabers ever used as light sources?
20
Do lightsabers “stick” to each other?
15
What weapons did the Jedi/Sith use before lightsabers?
8
Why aren't (ex-)Jedi lightsabers more common?
11
Was it illegal for a non-Jedi to use a lightsaber in the Republic?