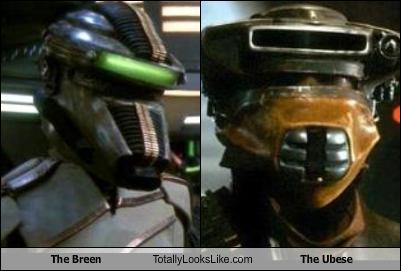 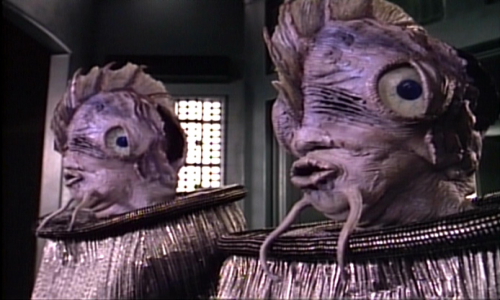 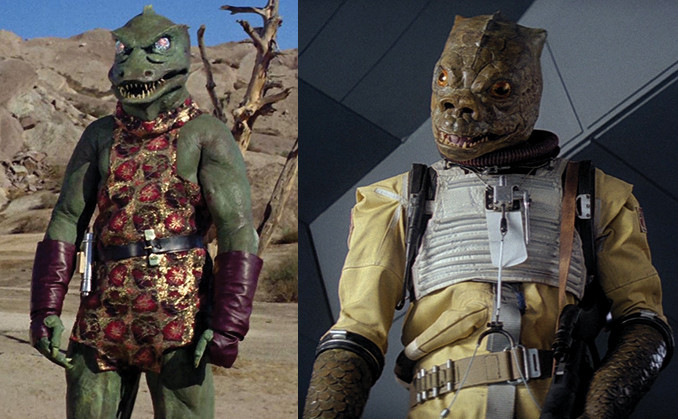 I assume it's no direct plagiarism, but in both cases the character designers where influenced by the same antisemite stereotypes:

Gerald Krefetz summarizes the myth as "[Jews] control the banks, the money supply, the economy, and businesses—of the community, of the country, of the world".[66] Krefetz gives, as illustrations, many slurs and proverbs (in several different languages) which suggest that Jews are stingy, or greedy, or miserly, or aggressive bargainers.[67] During the nineteenth century, Jews were described as "scurrilous, stupid, and tight-fisted", but after the Jewish Emancipation and the rise of Jews to the middle- or upper-class in Europe were portrayed as "clever, devious, and manipulative financiers out to dominate [world finances]" (Wikipedia) 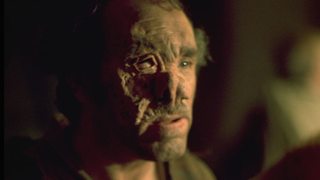 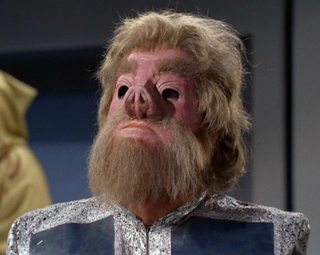 Not the answer you're looking for? Browse other questions tagged star-wars star-trek aliens or ask your own question.

3
In DS9 episode 5.15 (By Inferno's Light) is one of the prisoners wearing Leia's Boushh helmet from Return of the Jedi?
33
Star Wars referencing Star Trek or vice-versa?
17
In Star Wars: IV and Star Trek: III, are this guy and this guy the same guy?