Why does Hermione have this scar?

This question contains the following image, and asks why Ron has a series of scars on his arms. 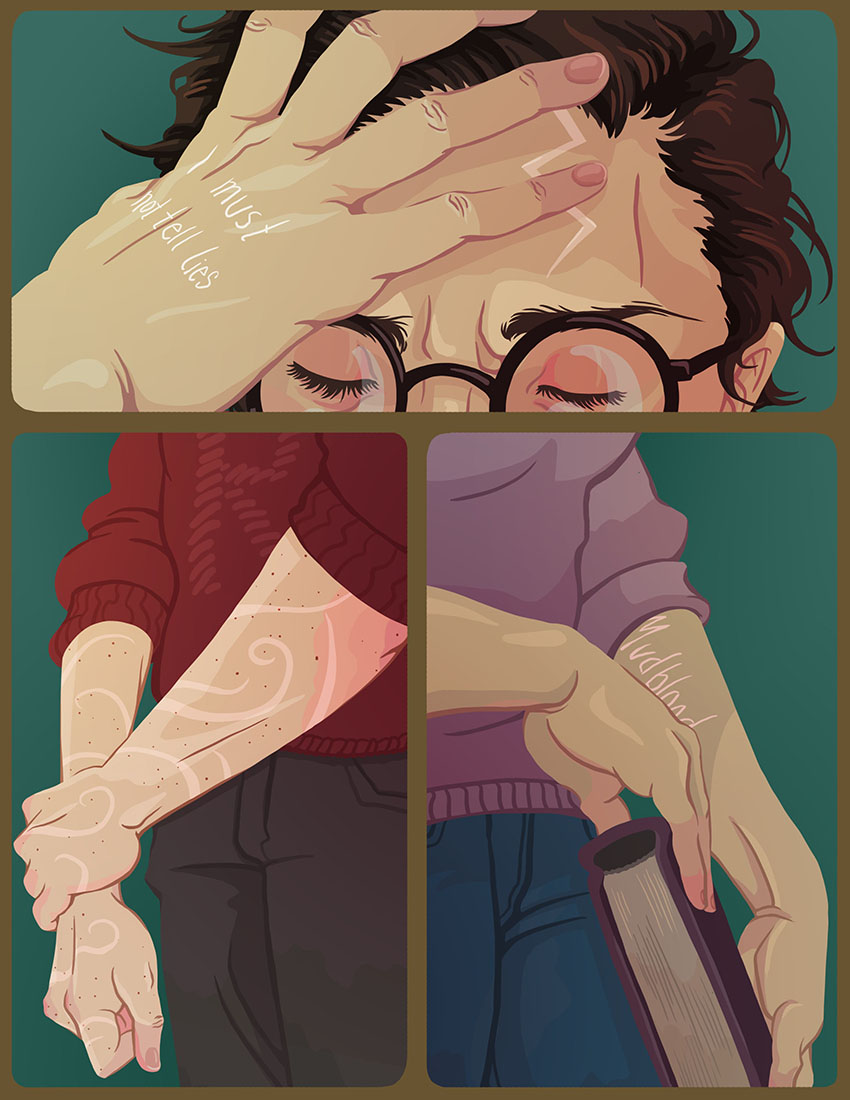 That's great and all, but I'm left confused;

When does Hermione get a scar reading 'Mudblood' on her arm?

She gets the scar from Bellatrix Lestrange in book 7 while she is captive at house Malfoy.

In the movie this occurs in the following scene:

According to Harry Potter Wikia:

Hermione has Mudblood written on her arm, a cut on her neck and many bites, all of them made by Bellatrix Lestrange, in 1998, at the Malfoy Manor

As Checked in the book and also as commented by Valorum:

Why shouldn’t I?” said Hermione. “Mudblood, and proud of it! I’ve got no higher position under this new order than you have, Griphook! It was me they chose to torture, back at the Malfoys!” As she spoke, she pulled aside the neck of the dressing gown to reveal the thin cut Bellatrix had made, scarlet against her throat.

Bellatrix carves this into her while they were imprisoned with Olivander and the Lovegoods in Deathly Hollows Part 1:

The book didn't mention the carving. In the movie, Bellatrix gives her that scar with the knife that killed Dobby.

Hermione never gets the word 'Mudblood' carved into her, but she does receive a cut on her throat from Bellatrix's knife. Trust me, I read thoroughly.

Hermione only gets the Mudblood scar in the movie. The only mention of a scar in the book is the cut on her neck that she sustains after Bellatrix threatens to slit her throat.

Hermione, Harry, and Ron steal a sword or something from Bellatrix. Bellatrix gets suspicious, asks Hermione who lied and Bellatrix didn't believe her so she carved "Mudblood" on Hermione's arm.

Some old woman dressed in a wig, I believe her name was Bellatrix carved "Mudblood" on Hermione's left arm and didn't carve anything on her right.

user115548user115548
1
Add a comment  |
Highly active question. Earn 10 reputation (not counting the association bonus) in order to answer this question. The reputation requirement helps protect this question from spam and non-answer activity.

11
Why does Ron have scars on his arms?

34
Why would Mrs. Weasley believe Daily Prophet's Skeeter about Hermione?
35
Did Hermione cheat?
5
Did Dumbledore's scar adapt to reflect Muggle changes in the London Underground?
26
Why did Hermione grab Harry's wand?
91
Why was Hermione always late when she used the Time Turner?