Ask Question
Asked 4 years, 10 months ago
Active 4 years, 4 months ago
Viewed 901 times
4
Closed. This question is off-topic. It is not currently accepting answers.

The Many Worlds Interpretation (MWI) of quantum theory first proposed by Hugh Everett in 1957, says that everything that can happen, will, in its own separate universe. (Note that this is not the multiverse, aka the megaverse theory. Each universe of the multiverse, in the MWI, repeatedly branches at the quantum level and becomes many universes.) Has any SF work explicitly used MWI to address time travel?

"Many-worlds implies that all possible alternate histories and futures are real, each representing an actual "world" (or "universe"). In lay terms, the hypothesis states there is a very large — perhaps infinite — number of universes, and everything that could possibly have happened in our past, but did not, has occurred in the past of some other universe or universes." Wikipedia, https://en.wikipedia.org/wiki/Many-worlds_interpretation

Here's an article by science fiction writer Gregory Benford where he talks about how Everett's interpretation specifically inspired the time travel mechanics of his 1980 novel Timescape:

Still, I wondered how tachyons—which Einstein's special theory of relativity clearly allowed—could fit into the world as we knew it. I essayed an approach in a novelette in Epoch, an anthology of the mid-1970s. Then over five years I wrote a novel, Timescape (published 1980), exploring the simplest situation I could imagine—discovery of tachyons, and the first attempts to probe their properties and use. Rather than the convenient Wellsian traveler, I used scientists as I knew them, warts and all, doing what they would—trying to use the new discovery to communicate something they cared about.

But how to deal with the paradox? I had always rather liked another theory which resolved the multiple-outcome property of conventional quantum mechanics. This interpretation of quantum events supposes that when a given particle, say, passes through a hole in a wall, it can go in several directions. The wave-like property of matter says that the same experiment, repeated many times, will give a pattern of impacts on a far screen. The density of impacts corresponds to the probability that a single particle would follow that trajectory and make that impression. But a single particle's trajectory can't be predicted precisely—we can only get the probability distribution.

Enter a fresh view, due to Hugh Everett of Princeton in the 1950s. Everett said that all the possible outcomes predicted by the probability analysis of quantum mechanics are separately real. This means that every time a particle passes through a hole, the entire universe splits into many possible outcomes.

Envision separable worlds peeling off from every microscopic event. In our world, the particle smacks into the wall and that specific outcome defines our world forever more. Other worlds simultaneously appear, with a slightly different impact point. Every event generates great handfuls of other worlds—a cosmic plentitude of astronomical extravagance. I've often wondered whether Everett was influenced by such SF stories as Murray Leinster's "Sidewise in Time" (1934). Certainly he influenced later SF writers, including the Larry Niven of "All the Myriad Ways" (1963).

The Everett view was fun to think about, and logically defensible, but nobody really believed it. But I found it handy. (Writers are magpies.) I said in my novel that the Everett interpretation didn't really apply to every event. Instead, I reserved the Everett picture for only those events which produced a causal paradox. If a physicist sent a tachyon backward in time and it had no grandfather-killing effects, no problem. If it did, though, then the universe split into as many versions as it took to cover all the possibilities. So you could indeed send some grandfather-killing message (or anything else that made a paradox), and grandfather would die. But not in the universe you were doomed to inhabit. Instead, another universe would appear, unknown to you, in which dear old grandfather died, alas, and you never happened at all. No paradox, since the tachyon which killed gramps came from another universe, from another you.

Searching inside the book on amazon shows it doesn't directly reference Everett or the many-worlds interpretation, but if you search in the book for the word "quantum" it does feature a character thinking about the problem of what causes the wave function to collapse in quantum mechanics (p. 211), and coming up with the idea that the paradoxes associated with tachyons (which travel faster than light and can therefore be used to transmit information back in time, see the tachyonic antitelephone) could be solved if the wavefunction didn't collapse at all (p. 363):

Markham thought of a universe with one wave function, scattering into the new states of being as a paradox formed inside it like the kernel of an idea.—If the wave function did not collapse ... Worlds lay ahead of him, and worlds lay behind.

For an example of a story where time travel creates branching histories that does explicitly reference Everett, there is The Time Ships by Stephen Baxter (an officially-licensed sequel to H.G. Wells' The Time Machine, published in 1995), where there is the following dialogue between the narrator and two other characters (in a section viewable here):

“There is — will be — a new philosophy called the Many Worlds Interpretation of Quantum Mechanics, “Nebogipfel said, and the sound of his queer, liquid voice, delivering such a striking phrase, sent shivers along my spine. “There is another ten or twenty years to elapse before the crucial papers are published — I remember the name of Everett…”

“It’s like this,” Moses said. “Suppose you have a Particle which can be in just two places — here or there, we will say — with some chance associated with each place. All right? Now you take a look with your microscope, and find it here…”

“According to the Many Worlds idea,” Nebogipfel said, “History splits into two when you perform such an experiment. In the other History, there is another you — who has just found the object there, rather than here.”

Moses said, “With all the reality and consistency of this one.”

He grinned. “There is another you there is an infinite number of ’you’s’ — propagating like rabbits at every moment!”

“What an appalling thought,” I said. “I thought two were more than enough. But look, Nebogipfel, couldn’t we tell if we were being split up in this way?”

“No,” he said, “because any such measurement, in either History, would have to come after the split. It would be impossible to measure the consequences of the split itself.”

“Would it be possible to detect if these other Histories were there? — or for me to travel there, to meet another of this sheaf of twin selves you say I have?”

“No,” Nebogipfel said. “Quite impossible. Unless—”

“Unless some of the tenets of Quantum Mechanics prove to be false.”

Moses said, “You can see why these ideas could help us make sense of the paradoxes we have uncovered. If more than one History can indeed exist—”

“Then causality violations are easily dealt with,” Nebogipfel said. “Look: suppose you had returned through time with a gun, and shot Moses summarily.” Moses paled a little at this.

“It is a pathological failure of causality,” Nebogipfel said, “a loop without termination.

“But if the Many Worlds idea is right, there is no paradox. History splits in two: in one edition, Moses lives; in the second, he dies. You, as a Time Traveler, have simply crossed from one History into the other.”

“I see it,” I said in wonder. “And surely this Many Worlds phenomenon is precisely what we have witnessed, Nebogipfel and I — we have already watched the unfolding of more than one edition of History…” I felt enormously reassured by all this — for the first time, I saw that there might be a glimmer of logic about the blizzard of conflicting Histories which had hailed about my head since my second launch into time! Finding some sort of theoretical structure to explain things was as important to me as finding solid ground beneath his feet might be to a drowning man; though what practical application we might make of all this I could not yet imagine.

Also worth noting is that the idea of time travel paradoxes being solved by having multiple parallel histories actually predates Everett's theory. On p. 299 of his book Time Machines, Paul Nahin writes:

The first such tale in science fiction was probably the 1935 story "The Branches of Time" (Daniels), which also contained the observation that although alternate time tracks may allow for changing the past for the better (something that can't be done, for better or for worse, with just one time time track), in the end any such change may still be futile. As Daniels' time traveler puts it, sadly, "I did have an idea to ... go back to make past ages more liveable. Terrible things have happened in history, you know. But it isn't any use. Think, for instance, of the martyrs and the things they suffered. I could go back and save them those wrongs. And yet all the time ... they would still have known their unhappiness and their agony, because in this world-line those things have happened. At the end, it's all unchangeable; it merely unrolls before us."

The editorial introduction to this pioneering tale is interesting; the opening line is "To say that this short story contains some revolutionary time-travel theories would be putting it exceedingly mild." The editor then goes on to tell us enthusiastically that "when the author ... submitted this story to us, his accompanying letter stated that in it he had settled the time-travel question once and for all. We must admit that a broad, unbelieving grin spread over our countenances when the author dared to make this assertion. BUT—the smile soon left our faces. ... [T]o our chagrin, Mr. Daniels had really propounded so many brand new ideas about time and time-travel, and such logical ones—that he has not left one loophole in his argument!" ... After Daniels the concept quickly became part of standard science fiction lore and could be used by writers with little explanation. For example, in the 1947 story "A Hitch in Time" (MacCreigh) the author did not have to say much about his "First Law of Chronistics," which determines the development of "the branches of Fan-Shaped time." It was sufficient for his readers to learn that should a time traveler to the past change anything, a parallel branch of time would be created on which the time traveler would be trapped. "The man who interfered with the space-time matrix, displacing even a comma in the great scroll of time, would be cut off from his origin forever."

"The Branches of Time" appeared in the August 1935 issue of Wonder Stories, which is available on archive.org here (the story starts on page 295), part of their pulp magazine archive. There are also alternate history stories that predate "The Branches of Time", such as Leinster's "Sideways in Time" from 1934 (on archive.org here, p. 10) which was mentioned by Oldcat in a comment (see this wikipedia article for more examples), but "The Branches of Time" may be the first in which new alternate histories are created directly by time travel, and only begin to diverge from our history at the moment the time traveler arrives in the past. 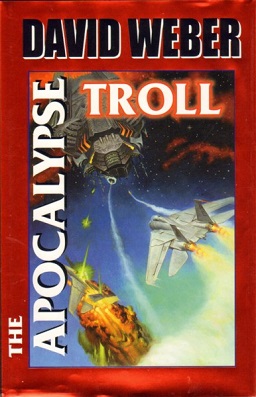 Not the answer you're looking for? Browse other questions tagged time-travel or ask your own question.

7
A story about a man whose wife recently passed, living into a least plausible reality