Is this Beverly Crusher?

I stumbled across this screenshot which apparently comes from the Star Trek: The Next Generation episode 'Suspicions': 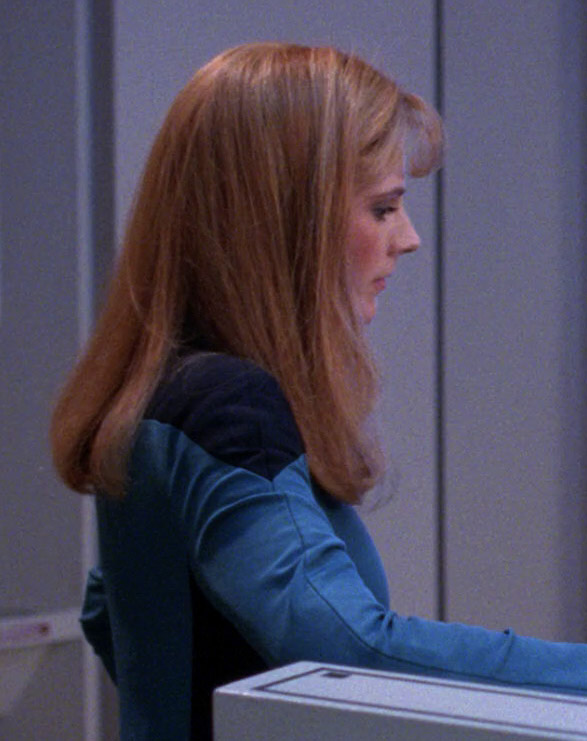 It was described as Beverly Crusher, but the more I look at it, the more something doesn't seem right.

I can't quite say what is wrong. Who is this? I don't remember another red-haired female Starfleet officer in the episode, so it has to be Crusher right? Is it a body double for Gates McFadden? The person bears quite the resemblance to Crusher but it's just not quite dead on to me, but I keep going back and forth. The person does seem familiar though for other reasons, but I can't quite place it.

This is Beverly Crusher, but played by Gates McFadden's body double, Patricia Tallman. 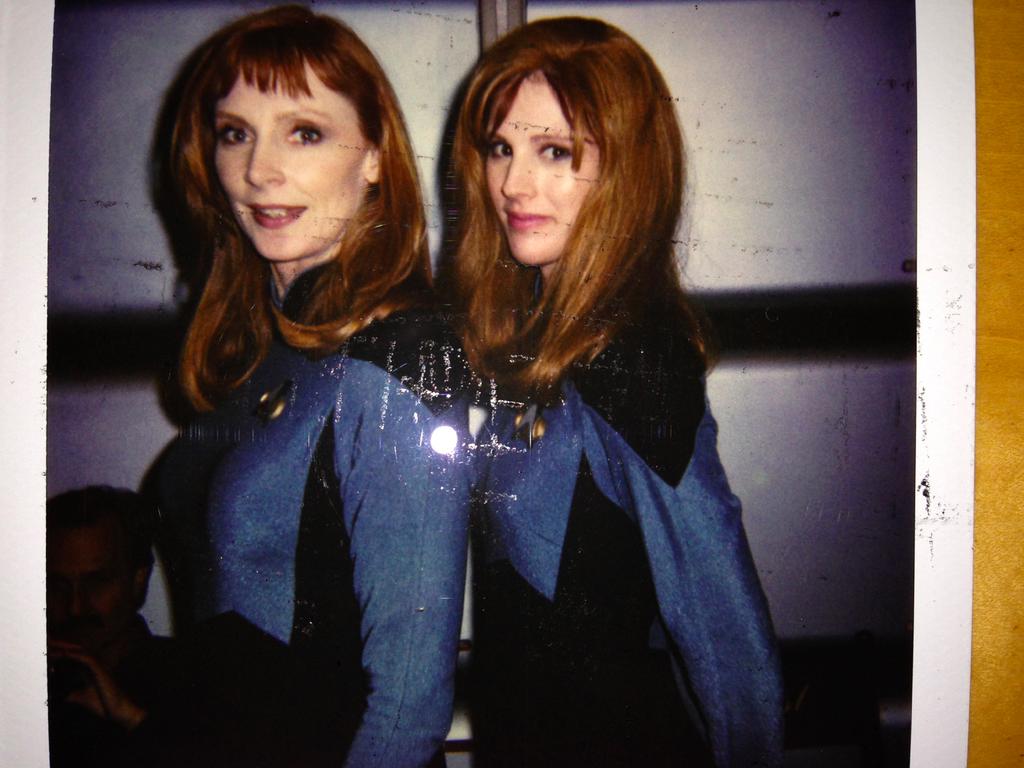 Here she is on the set of the film Star Trek: Generations, again doubling for McFadden: 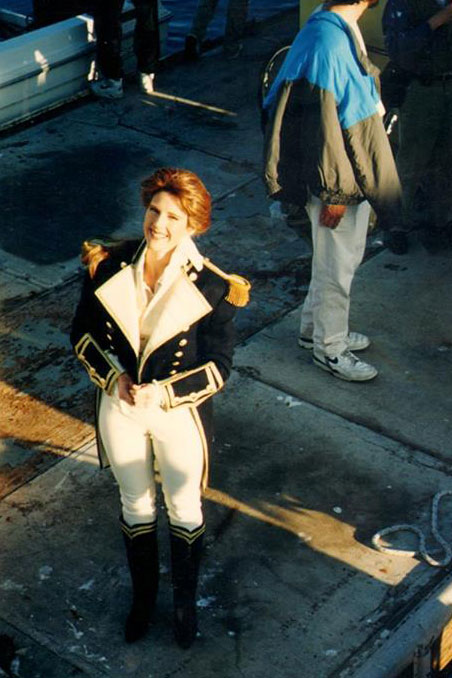 If Tallman seems familiar to you, it could be because:

Here she is guest starring as various other characters on Star Trek: 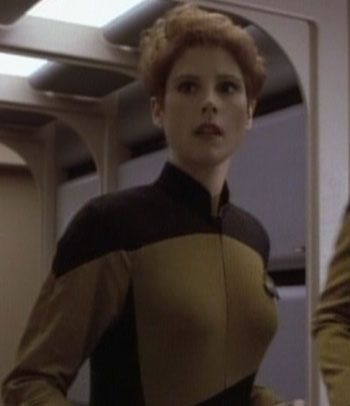 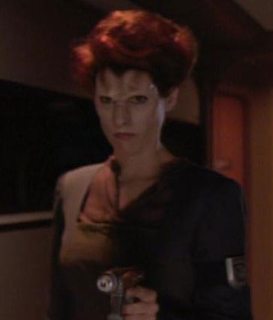 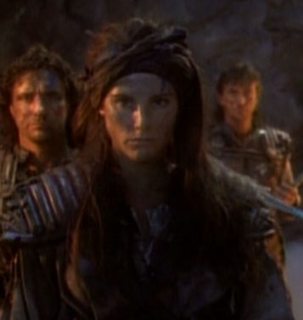 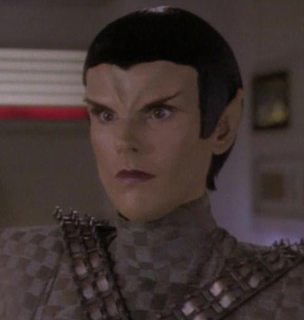 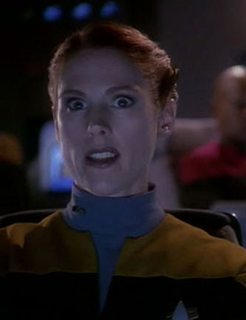 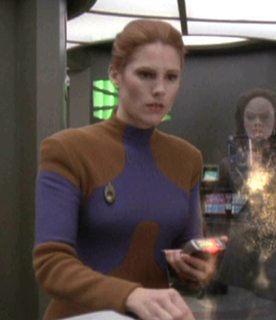 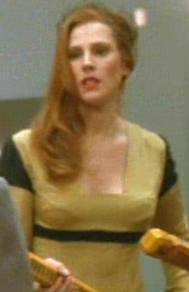 Finally, here she is as Lyta Alexander on Babylon 5: 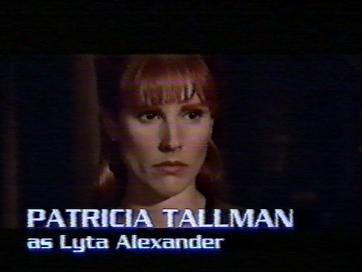 Tallman is also a professional stuntwoman, and her stunt work appears in many films and television series, including Jurassic Park (1993), TNG, DS9, Voyager, and Babylon 5.

You can read more about her and her contributions to Star Trek here.

22
Did any Star Trek actor play both a Starfleet crewmember and one of the encountered aliens?
51
Which actor has portrayed the most distinct roles in the Star Trek universe?
37
Which actor appears as the most different species in Star Trek?
-2
Is this Marina Sirtis?

66
Why was Crusher replaced with Pulaski who was replaced by Crusher?
5
2x19 Lifesigns: Why does The Doctor give access to the medicinal database?
38
Beverly Crusher's rank aboard The Enterprise
31
What's the origin of referring to female superior officers as "sir"?
27
Why did people hate Wesley Crusher?
7
How did Beverly Crusher attain the rank of Commander?
6
Are there Star Fleet non-disclosure agreements for tests?
20
Why did Captain Janeway feel that using the Doctor as an expendable messenger boy was more important than keeping him around to heal the crew?
34
Why does Starfleet allow racism and speciesism?
24
Why was conn held by low-ranking officers?