How was Rose able to project herself onto the TARDIS screen and onto the screen in Midnight?

Rose Tyler appears on two different screens in series four of Doctor Who, before making her official return. 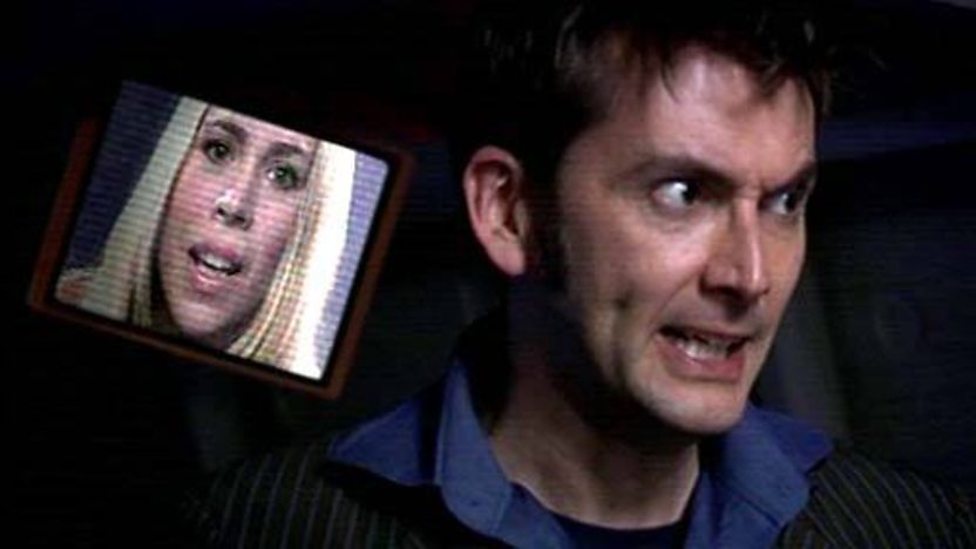 With the help of an alternate-universe UNIT and the dying remnant of the Doctor's Tardis.

In "Midnight", we see Rose attempting to contact the Doctor and failing.  In "Turn Left", she attempts to contact Donna and succeeds.  In the scene that reveals the mystery peeking over Donna's shoulder, we also see that UNIT jury-rigged this Tardis in order to make contact and travel between universes possible.

What we see in "Midnight" makes sense if we assume that she's using the jury-rigged Tardis and the resulting portal between universes to connect with our Doctor's Tardis.  It's a ship-to-ship communications link between two points in history of what could be the same ship, leaping through something like a wormhole bridge generated between otherwise parallel and separate universes.

This explanation doesn't reference the expanded universe continuity.  It's simply something that makes sense when referencing nothing more than the on-screen continuity.  We get enough explanation for the "Midnight" cameo during "Turn Left" that I wouldn't bother looking anywhere else.

47
What happened to the Doctor's daughter after the Doctor Who episode “The Doctor's Daughter”?
2
What caused the TARDIS to accidentally fall through the void into Pete's World?
10
When was the phrase "Timey Wimey" first invented by the Doctor?
7
How did the Earth survive before The Doctor rebooted the universe?
8
Doomsday - How Does Pete Know
9
How did the meta-crisis Doctor survive (or remain sane) when Doctor-Donna didn’t?
6
Is there any TARDIS driving system defined by the creators of the show?
12
Why didn't the Doctor become a vengeful God when he absorbed the Time Vortex?
3
How old are the main Companions of New Who?
10
How many nasties does the Doctor keep in the TARDIS?