Does Vader ever lift anyone when he Force Chokes them?

A popular thing to do these days is to jump up in the air and hold your throat while your friend pretends to Force Choke you. 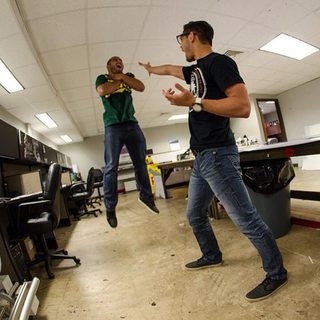 At the beginning of A New Hope, Darth Vader lifts and chokes someone physically with direct contact with his hand, but I'm pretty sure he doesn't ever lift and choke with the Force. If I'm wrong, when does he use the Force to lift and choke? If I'm right, where does the idea of lift and Force Choke come from?

Does Vader ever actually lift any of his victims into the air when he Force Chokes them?

Short answer: Yes, Vader occasionally lifts someone when using Force Choke, but he didn't do so in any of the films.

This Youtube video is a collection of every scene in which Darth Vader used Force Choke on someone in the two trilogies:

Wookieepedia's article on Force Choke lists the same instances for Vader (it also lists some from his time before he turned to the dark side and became Vader). Vader used Force Choke the following times in the films:

As the linked Youtube video confirms, Vader never lifted anyone off the ground with the Force when using Force Choke in the films.

That said, Dooku lifted Obi-Wan off the ground when choking him in Episode III: 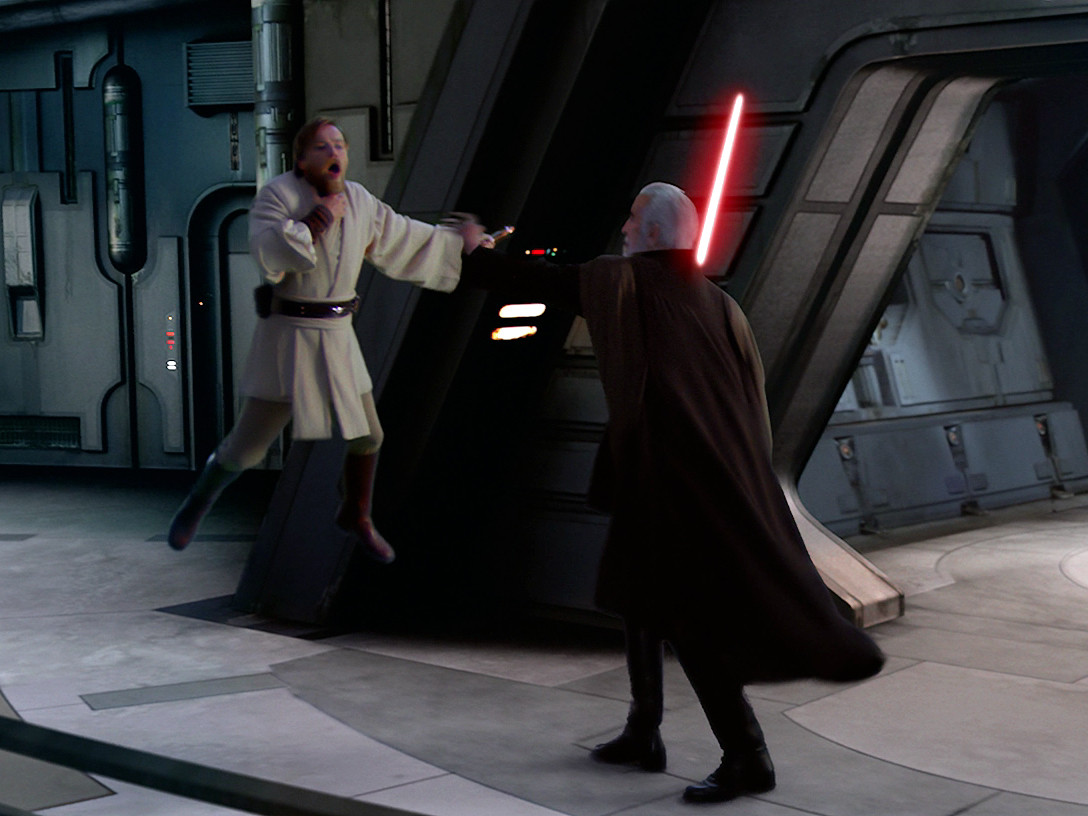 Also, some more recent works portray Vader as lifting a victim off the ground while using Force Choke. For example:

Without breaking stride, he used the Force to take hold of Orn Free Taa. He lifted the obese Twi’lek from the floor and hung him in the air before the Emperor. Taa, wide-eyed, his many chins trembling, pawed at his throat and gasped for air. Vader took care not to kill him...yet.

The concept of lifting a person off the ground when choking him/her did come before the prequel trilogy. For example, some (now Legends) video games have a dark side power (sometimes called Force Grip) in which the target is lifted off the ground. For example, from Jedi Knight II: Jedi Outcast: 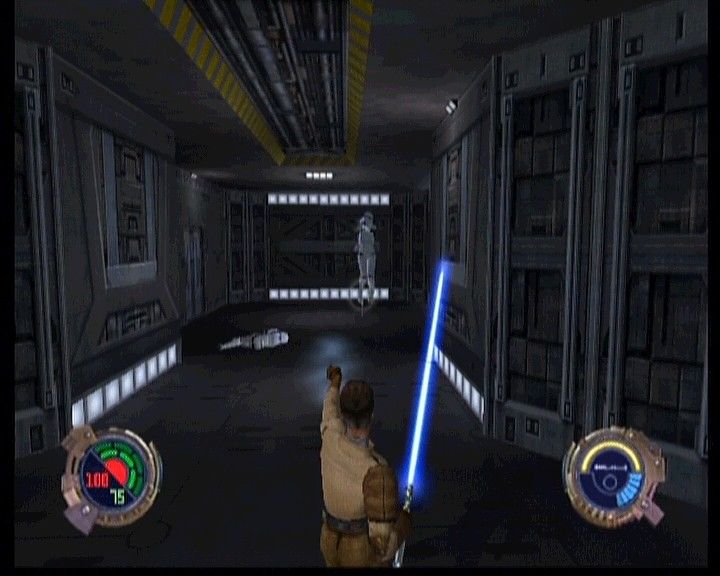 This is probably where the idea of a levitating Force Choke originated from. The games may have been inspired by the combination of Vader's propensity for using Force Choke and the fact that he lifted the Rebel on the Tantive IV off the ground (albeit physically) in Episode IV. The inspiration may also have been a combination of normal levitation (of lightsabers, X-Wings, etc.) using the Force and Force Choke.

In Star Wars: The Clone Wars, while he was still Anakin, he did lift Poggle the Lesser and Asajj Ventress at different points. Later, when he became Darth Vader, he lifted some Twi'Leks in the book Lords of the Sith. I think he did that in his comic book as well. That's the canon anyway.

Not the answer you're looking for? Browse other questions tagged star-wars the-force darth-vader or ask your own question.

28
Why does Darth Vader opt to physically strangle Captain Antilles at the beginning of “Star Wars” (1977) instead of “Force Choking” him?

2
Did Darth Vader post-ROTS ever engage in sexual activity in canon?
8
Did Vader ever intend to kill Luke?
6
Does one's ability to use the Force depend on distance?
6
Is a Force choke really a choke?
20
When does Darth Vader realise Palpatine lied to him about his killing Padme?
28
Why does Darth Vader opt to physically strangle Captain Antilles at the beginning of “Star Wars” (1977) instead of “Force Choking” him?
94
Since when has Darth Vader had a sense of humor?
30
Why was Vader talking about "Rebel transmissions" in Episode IV when he saw the data tape being passed in Rogue One?
7
Does Padme know the name "Darth Vader"?
5
When did Vader find Ahsoka's lightsaber?