What are the limits of Energy-bending?

In the finale of Avatar: The Last Airbender, Aang

learns to energy-bend, and removes the Fire Emperor's ability to firebend.

This is an incredibly difficult bending style to master, and in fact very dangerous.

The capabilities of Energybending are not well understood; what is known is that bending a person's life energy can impart them with knowledge instantly or remove one's bending completely. 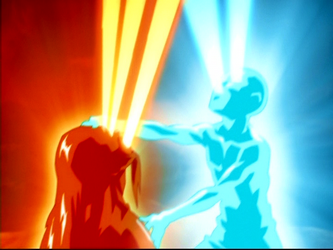 Aang energybending the Firebending powers out of Lord Ozai

The danger of this technique is shown when:

At first Aang's spirit [is] nearly enveloped by Ozai's, but at the last moment, his spirit took over and covered Ozai, removing his Firebending.

If the bender's spirit is even slightly weak, bendable, they will then be infected by the spirit of the one they are bending. As a result, the bender can be corrupted and even killed.

If Aang had a weaker spirit, which was nearly the case, he would have been overwhelmed by Ozai's and corrupted/killed by his power.

As such, Aang could not have given Toph her sight, but he could have taken her ability to see via earthbending. He could even share her unique knowledge of earthbending to others. I don't see anything in cannon to say whether or not her could give non-benders bending powers, or give someone a different power. However given the Lion Turtle gives Aang the power of Energy bending, when he had no knowledge of this technique before, it possible the same could apply to the other mundane forms of bending.

There is no concrete answer to this question be it positive or negative thus leaving room for speculation.

So far as we know there are three abilities. Knowledge transfer as seen when he kion turtle tought avatar aang and when avatar aang tought avatar kora whike restoring her own bending and giving her knowledge on how to gain acces to the spirit world. And bending revoction as seen with Avatar Aang and Fire Lord Ozai and yakone, respectively. And bending restoration as seen with Avatat Aang amd avatar Korra and with korra, chief beifog, mako etc, respectively. Energybending predates the mordern four arts and sub diciplines, as well as the instilation of the Avatar system itself. So anyone, so long as they've been tought by an energybender, can energybend. It is unknown weather or not bending is genetic. Orinally it was speculated that it was. His this is proven in the case of any bendwr that has a child that can bend as well. I.e., Toph and Lin Beifong, Avatar Aang/katara and their eldest son Tenzin and their yougest Daughter Kya. It was also originally speculated that anyone child born to an air nomad would be an airbender, as in the case with Tenzin, his NON bending wife and all three of their bending children. However, this claim is refuted by Bumi, avatar aangs midddle child who is a non bender. So since there is no concrete law that governs what person can or can not be a bender it isn't so far of a stretch to say that a person who posses the ability to engerybend can teach another person not only how to energy bend, but also how to bend nan element. There are only to concrete laws to bending. One, only the avatar can master all four elements. And two, no one person besides the avatar can bend more than one element in a single life time. If an energy bender can give knowledge, why wouldn't they be able to give the knowledge of how to bend? As with any skill, bending has ro be learned. So, unless the creators say otherwise, why wouldn't and energybender be able to give someone he knowledge of bending? As with tophs blindness, energy bending is the bending of the energy within oneself. From e rules of the avatar world our spirit energy, aka chi or qi, runs through every inch in our body. So since ty lee could stop this flow of energy, render the victim paralyzed and or takig their bending for a certain period of time and or imoblizing a certain limb.... why wouldn't an actual energy bender be able correct the lack of energy flow to tophs eyes? Just a thought

2
What happens when Aang touches Ozai?

8
Why is knowledge of energy bending rare?
12
Would it be possible for some to bend two elements?
9
How does each bender produce his or her element?
7
Can Aang (or Korra) make a non-bender into a bender?
19
How does Lava Bending work?
30
Why didn't Toph teach Aang metalbending?
4
What exactly is the Avatar's ability to turn into another Avatar?
3
Could a Lion Turtle give Sokka bending?
9
Is there a name for non-Benders in the Avatar universe?
2
How come Korra could bend three elements so young before training?