Did Bessie ever travel within the TARDIS?

Did Bessie ever travel in the TARDIS?

I recall her being moved to another planet by external forces such as Omega and a Time Scoop in The Three Doctors (story 65) and The Five Doctors (story 129) respectively.

Looking for occurrences in either TV Series, but not comic book, audio or prose.

Bessie was never shown to travel inside the TARDIS on the show.

Bessie appeared only infrequently, but most of her episodes were during the Third Doctor's era, when the Doctor's use of the TARDIS was heavily restricted. Bessie was a way to get around his lack of mobility during this time1, and her appearances declined dramatically after The Three Doctors, when full use of the TARDIS was restored.

Following that episode, Bessie's few appearances were in short driving scenes, and she was never shown to interact with the TARDIS at all. After the Fourth Doctor left UNIT, Bessie remained under their care on Earth, and was put in mothballs:

Doctor: If there's an accident. We'd better stop any engagement. Have you got a helicopter available?

Brigadier: Oh, better than that, Doctor.

(Soldiers take a tarpaulin off a bright yellow roadster with the number plate WHO7.)

Brigadier: Well, I knew how fond of it you were, so when you last went on your travels I had it put in mothballs. 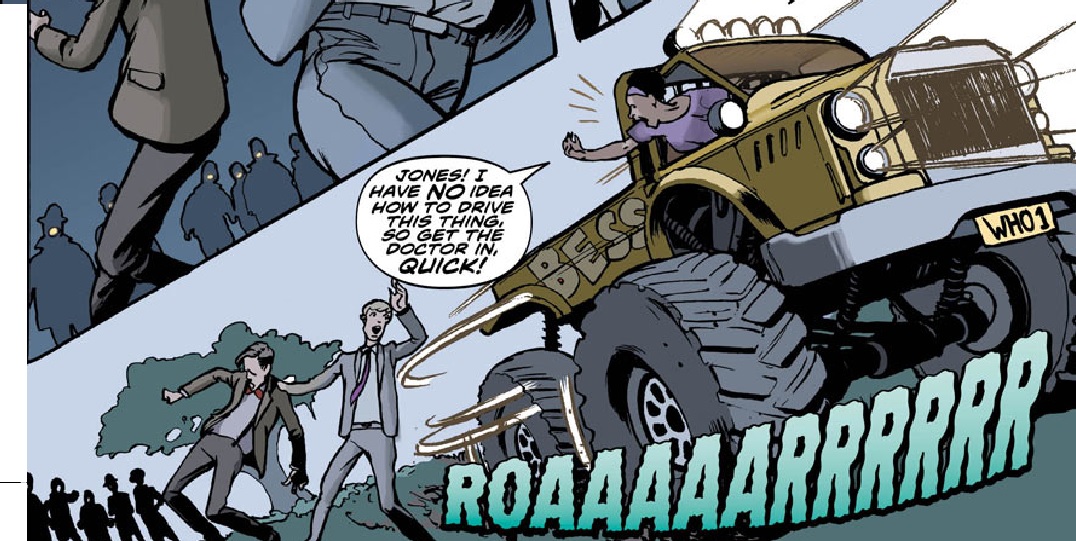 28
Has the TARDIS been shown to transport objects bigger than its doorway?