Looking for name of a book-series - Spaceship crashed, Civilization based on Magic rebuilt [duplicate]

Ask Question
Asked 7 years ago
Modified 6 years, 10 months ago
Viewed 4k times
11
This question already has answers here:
Sci-fi book series about a society of human descendants on an alien world, who are contacted many years later by a newly-arrived ship from Earth (2 answers)
Closed 7 months ago.

I'm trying to figure out the title of a series I read when I was younger. As far as I can remember, it started with a spaceship crashing on a planet in book 1. Some plants on that planet had weird effects on the people of the ship, not sure what kind though.

All of the books afterwards are set centuries or even millennia later, about the rebuilt civilization where "magic" or some kind of powers were around.

I'll update if I remember anything more specific.

Quite a vague description. One possibility is the Darkover series by Marion Zimmer Bradley. 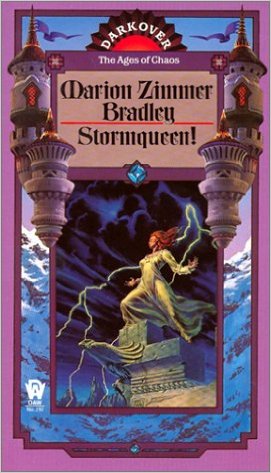 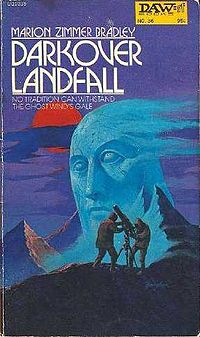 First answer is correct, definitely Darkover series by Marion Zimmer Bradley. First book is "Darkover Landfall" Spaceship crash lands on a distant planet after going off course. Local plant pollen and spores have drug like effects and bring out latent psychic powers in certain families who become royalty over generations. The series covers the culture that evolves and the effect when human contact is reestablished centuries later. I remember reading the entire series in the late 70's/early 80's

I agree that Darkover is very likely, but also the Cycle of Fire books by Janny Wurts has similar ideas.

Perhaps the Coldfire Trilogy by C.S. Friedman? It takes place on a planet colonized over a millennium prior by humans from Earth. The planet has an energy field which reacts to the wishes and desires of the colonists, and this manifests as magic.

It's possible you're thinking of the Coldfire Trilogy by C. S. Friedman. It's set on a fantasy world with magic where it turns out that current civilization is the result of a failed future society. Things that don't match include that the order is different — it starts in the magic society and we later learn about the futuristic underpinnings — and that the ship didn't crash, but rather, the colonization attempt failed due to the technology failing. I don't remember anything specific about the plants, but the first book involved an evil forest and the latter books were set in other strange environs.

It could be L.E. Modessit Jr's. Recluce Saga. In Fall of Angels, a modern spacefaring (and -fighting) ship with a small crew is forced into an alternate universe where much technology fails and magic works. Crew members find themselves with new abilities such as "Order Magic", healing, night vision, and prophetic visions. They struggle to found a working society that will last despite being mostly women surrounded by excessively chauvinistic nations. 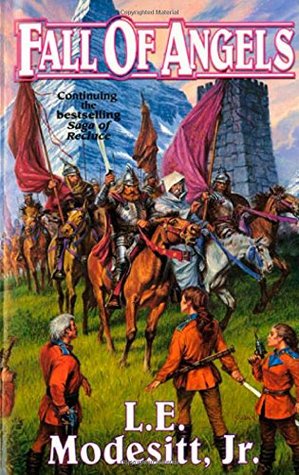 The other books in the series mostly deal with their descendants in a world where magic works, and technology is largely limited by choice as it strengthens "Chaos Magic". The overall theme of the series is the eternal struggle between Order and Chaos, each of which can be manipulated by adepts as Magic.

It could also, at a stretch, be the Well World series by Jack Chalker, which starts with "Midnight at the Well of Souls". In that first book, a spacecraft gets caught up in a gateway to the Well World, and the people on board are sent to a variety of regions and are transformed to different species based on where they go. Following books in the series cover various power struggles both in the outer universe and on the Well World, where some of the geographic regions are coded to stop any technology working but in exchange have a form of magic.

The True Game series (3x trilogies) by Sherri S. Tepper has this as its core concept - however the revelation that they landed on a spaceship doesn't come out until the very last book in the set.

14
Sci-fi book series about a society of human descendants on an alien world, who are contacted many years later by a newly-arrived ship from Earth
11
Help Identifying fantasy novel about magic red jewel
9
Book: Crash landed Colony ship, when night falls something makes colonists feral
11
Trying to remember the name of a book I read in the 90s
7
Trying to remember a Fantasy book/short story I read about powerful maybe enslaved humans with 6 fingers

31
Name the book where the setting is a giant ship with a planet inside
12
Old novel on an island with man-eating plants; eating the plants turns you into one of them
21
I'm looking for a book series about a Queen that time travels to save her people
12
I'm looking for the title of an old 'Lord of the flies' in space style book
7
SciFi novel about scientists discovering "alternatives" to electromagnetism
6
Looking for a book about people using telekinetic powers enhanced by generators
6
Looking for a fantasy book with young male protagonist protecting magic seed
7
'80s book series - possibly shared universe - where a spaceship crashes on a medieval fantasy world