Is this Gallifreyan, and what does it say?

I came into work this morning (I am a graduate student at a department of astrophysics) and saw this drawn on one of the hallway chalkboards: 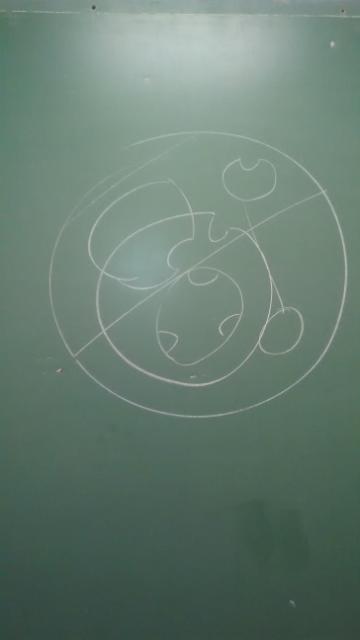 Is it Gallifreyan? And if so, what does it say? If not, any ideas where to look for its meaning?

Note: I realize that series 9 just started, and I have not yet seen the first episode of the series. If this particular symbol is connected with this, I am okay with spoilers, but you probably should cover up the answer for others who are not okay with spoilers.

Yes, that is definitely something that resembles the Gallifreyan circular alphabet we've seen consistently on the recent series of Doctor Who.

As far as I know, there isn't any official translation of the alphabet; in fact, in at least one case ("A Good Man Goes To War") River Song explicitly mentions that High Gallifreyan writing "doesn't translate" -- even the TARDIS can't do it for someone who doesn't read it.

However, there have been many attempts by fans to scour the episodes looking for hints as to what certain words might mean, based on the writing in various places where The Doctor may have read or explained them.

The symbol on your chalkboard is one I've seen in a few different places; it appears to be a very close approximation of this fan-based word for "time". It's not exactly right, but it was also probably drawn from memory by a fan, so I think we can cut them some slack :)

(Again, this is all non-canon; as far as I know the writing on the show itself is just random cool-looking circular designs.) 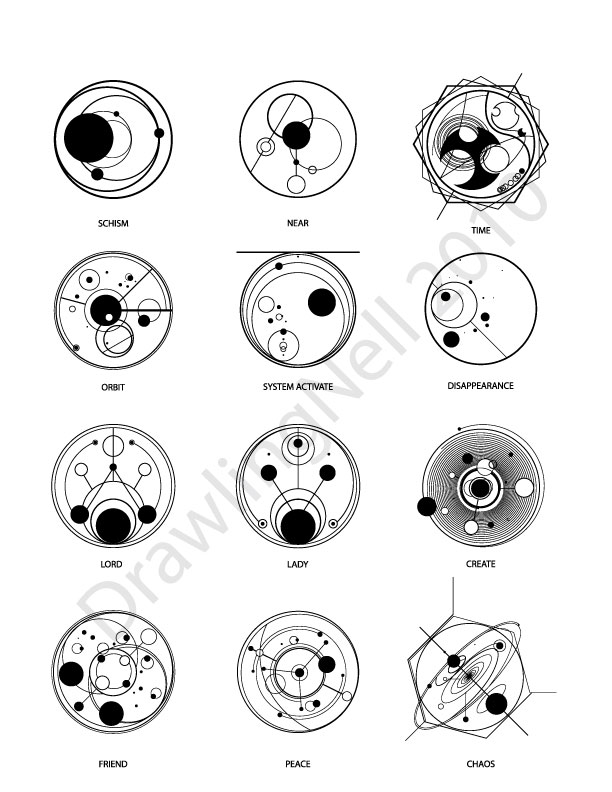 No. It looks like a standard "not permitted" strikethrough of the game Downfall: 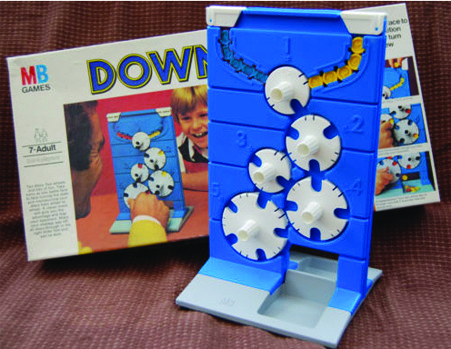 Clearly your department has a problem with people playing this game in that area, and has decided to ban it.

I remember it being quite clacketty, so it could easily be a distraction to people trying to work.

No, that is not Gallifreyan.

It's poorly written, but I translate it to:

10
Why can't Gallifreyan be translated?