First instance of the flying saucer as a space craft?

A common idea of a spaceship, especially an alien spaceship, is the classic flying saucer, like the one below: 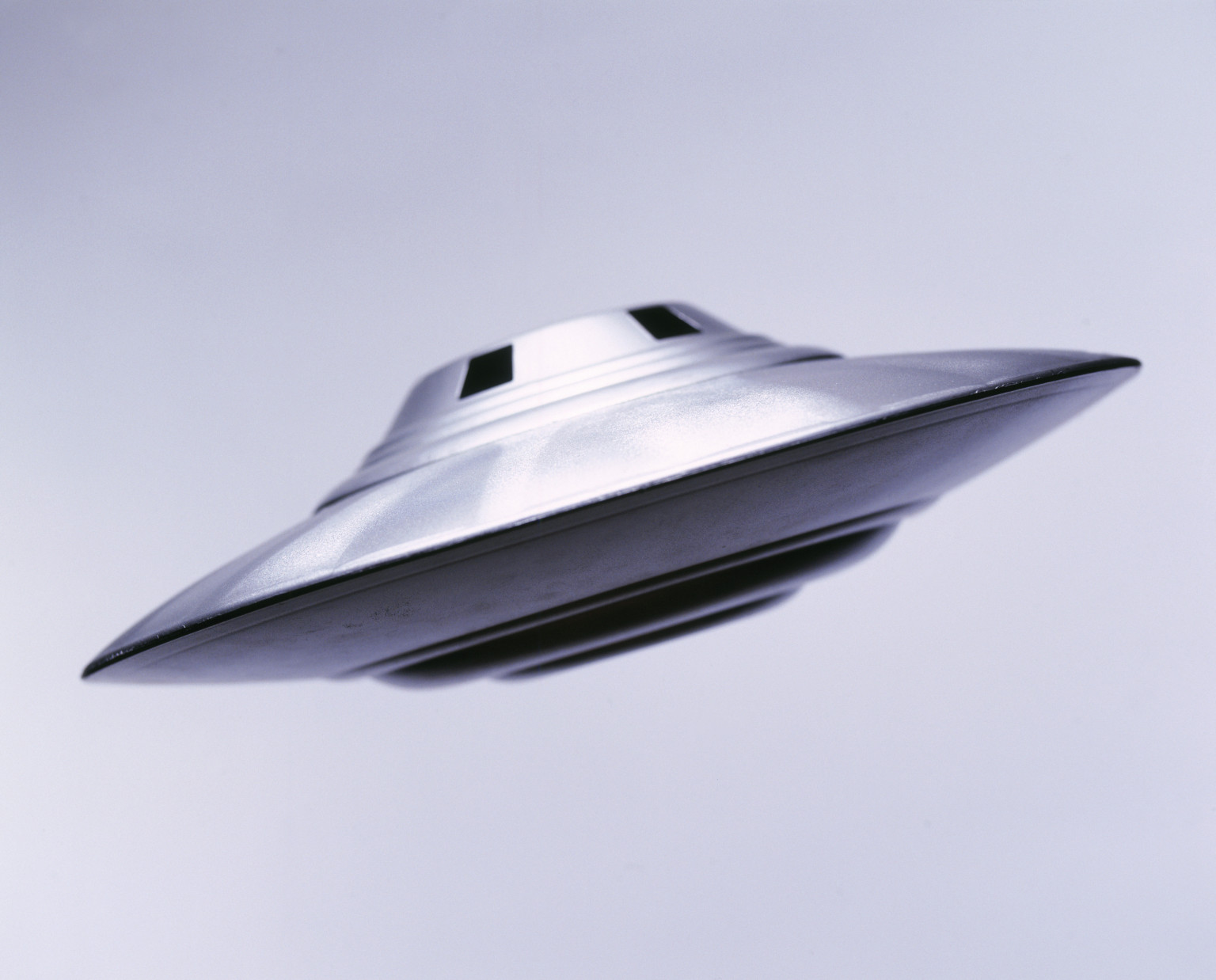 What is the first instance of a flying saucer as a space craft in science fiction?

If you look for a first reference in literature, as opposed to fiction, then the oldest reference must surely be the Vimana.

Described as circular flying machines with a central dome and windows, travelling with the speed of the wind while emitting a melodious sound. The references date back some 6,000 years.

The Vimana are the Chariots of the Gods. The sun itself is said to be a Vimana, they are capable of travel beyond the Earth.

You will easily find many references to them around the web by the UFO hunters who consider any reference to ancient flight to be evidence of aliens.

This article claims that the cover of the November 1929 issue of Science Wonder Stories by artist Frank R. Paul is "the first illustration of a flying saucer, almost two decades before the first sightings by Kenneth Arnold" (as described here, Arnold's 1947 claim initiated a rash of flying saucer sightings and caused 'flying saucers' to enter the public vocabulary): 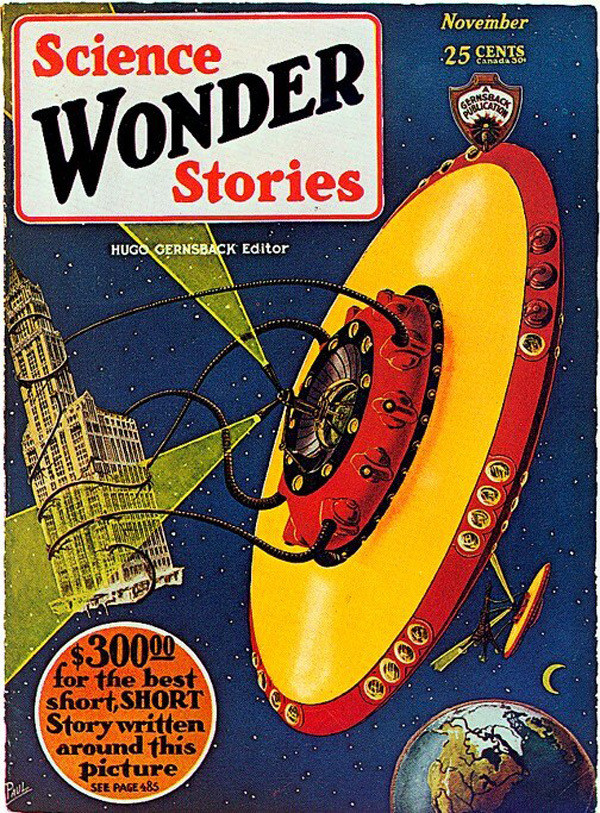 The bottom of this page also quotes a physicist and skeptic named Milton Rothman identifying this cover as the first inspiration for later flying saucer sightings.

Perhaps the earliest science-fictional flying saucers were in the 1887 novel Bellona's Bridegroom: A Romance (aka Bellona's Husband: A Romance) by "Hudor Genone", pseudonym of William James Roe. At any rate, that's the earliest of four stories listed under "flying saucers" in the Motif and Theme Index of Everett F. Bleiler's Science-Fiction: The Early Years. Here is part of Bleiler's review:

A fanciful ideal society. * The narrator is Archibald Holt, a rather stupid middle-aged man who invests money in Professor Ratzinez Garrett's hydrogenium, a metallic form of hydrogen that is so light as to amount to antigravity. Garrett builds a flying disk using hydrogenium as a lifting agent, and Holt, Garrett and a third character (Trip) set out for Mars. * As they pass Phobos and Deimos they see that they are abandoned flying saucers much like their own. They later learn that the space craft came from Jupiter or Saturn, and that similar saucers have visited earth, but have flamed or crashed on entering the atmosphere. * The terrestrials land on Mars, which is like the eastern United States, and find a completely human race that speaks English. At first Garrett postulates that the similarity is due to colonists from earth (and is upset at the possibility that his patent may be invalid), but later decides that the similarity is the result of parallel evolution.

The Flying Saucer is the first feature film to deal with the (then) new and hot topic of flying saucers. Flying saucers or alien craft shaped like flying disks or saucers were first identified and given the popular name in 1947 when on June 24, 1947, private pilot Kenneth Arnold reported nine silvery, crescent-shaped objects flying in tight formation. A newspaper reporter coined a snappy tagline: "flying saucers" which captured the public's imagination.

All right, so that's the first flying saucer movie. What about television? I wonder if Captain Video had any flying saucers before 1950?

I believe the earliest "sighting" (besides those depictions mentioned by others in the middle-ages/ancient era) this magazine cover shows a depiction of a flying saucer from 1911, a more extensive list can be found here.

The closest real life plane would be Circular Wing Aircraft, although early examples don't look too similar once you start getting into the 1930's you could argue that designs like the Avrocar (it was only able fly at an altitude of 1m but the design is there) are similar enough to be called flying saucers. Beyond that, the earliest design I can think of would be Da Vinci's Aerial Screw which some people even went through the effort of building, when we look at Da Vinci's sketches it does have a saucer shape.

Not the answer you're looking for? Browse other questions tagged spaceship history-of science-fiction-genre origins flying-saucer or ask your own question.

115
What was the first Sci-Fi work to feature a spaceship?