Footage used in "The Magician's Apprentice" episode of Doctor Who

This question acknowledges its inspiration in this question while promising to not become self-aware just because it's self-referential.

From which Doctor Who episodes were the original scenes Davros used to show the Doctor their history, to prove the folly of his compassion? 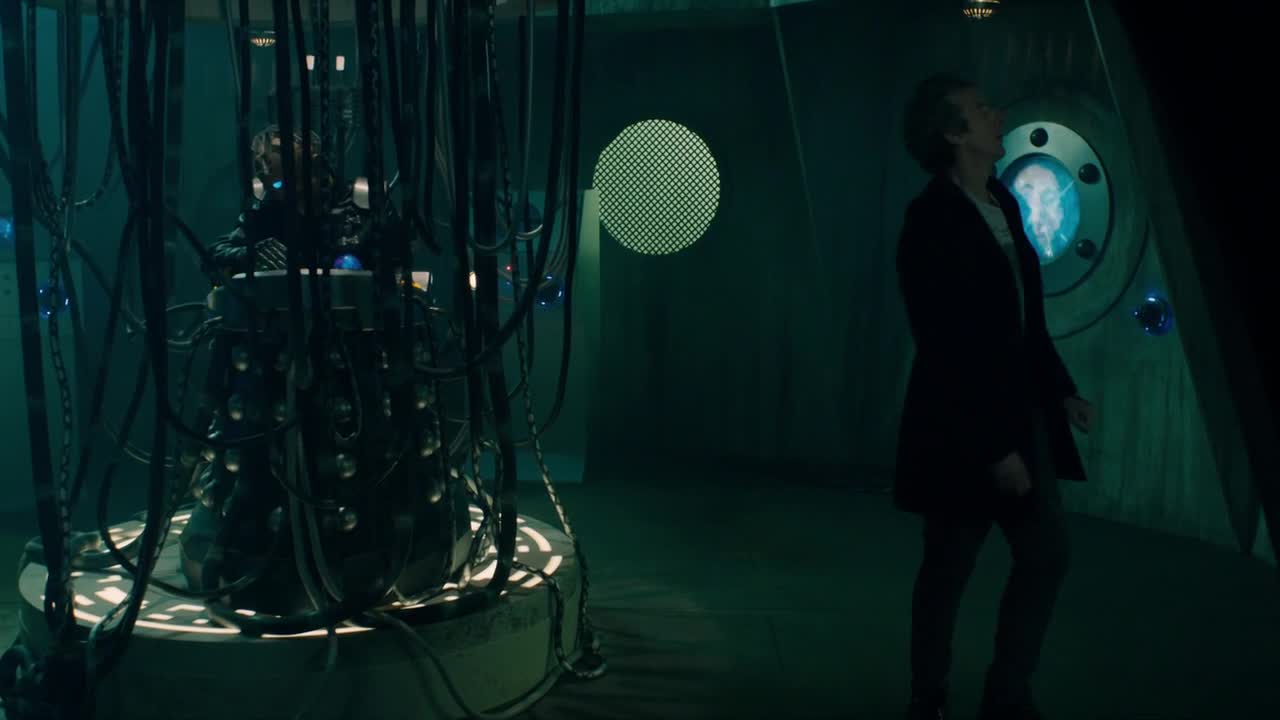 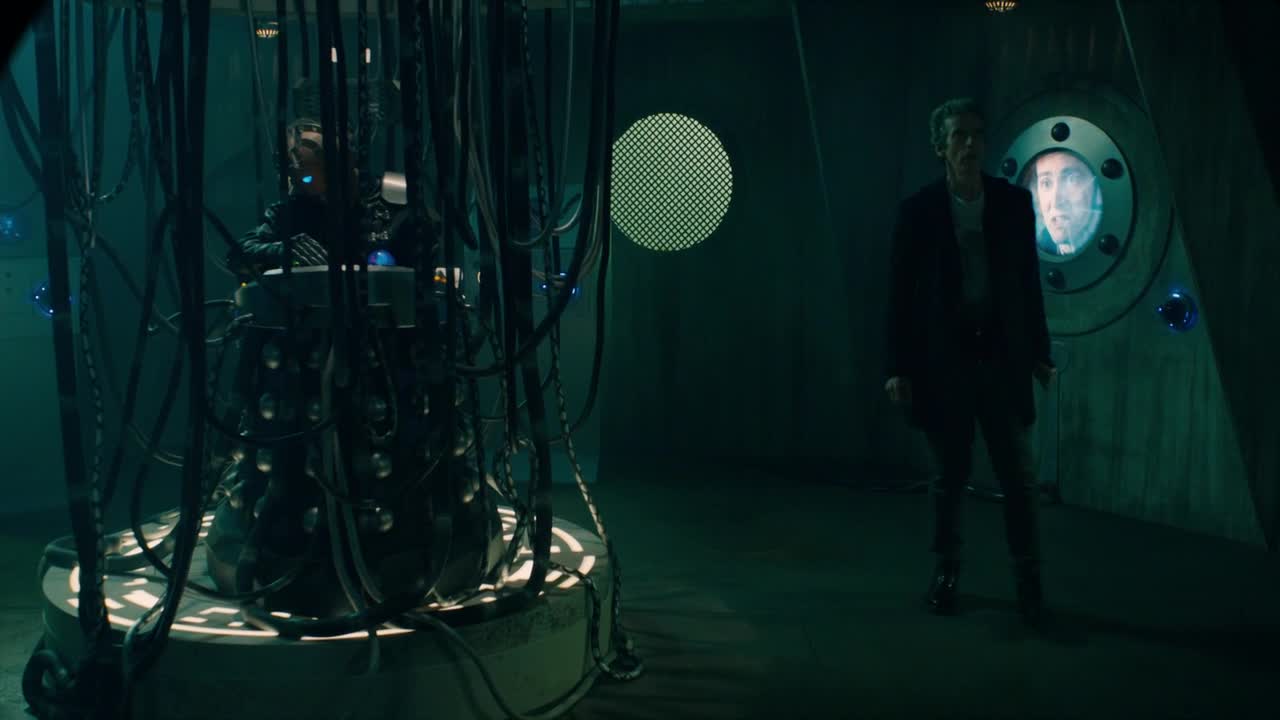 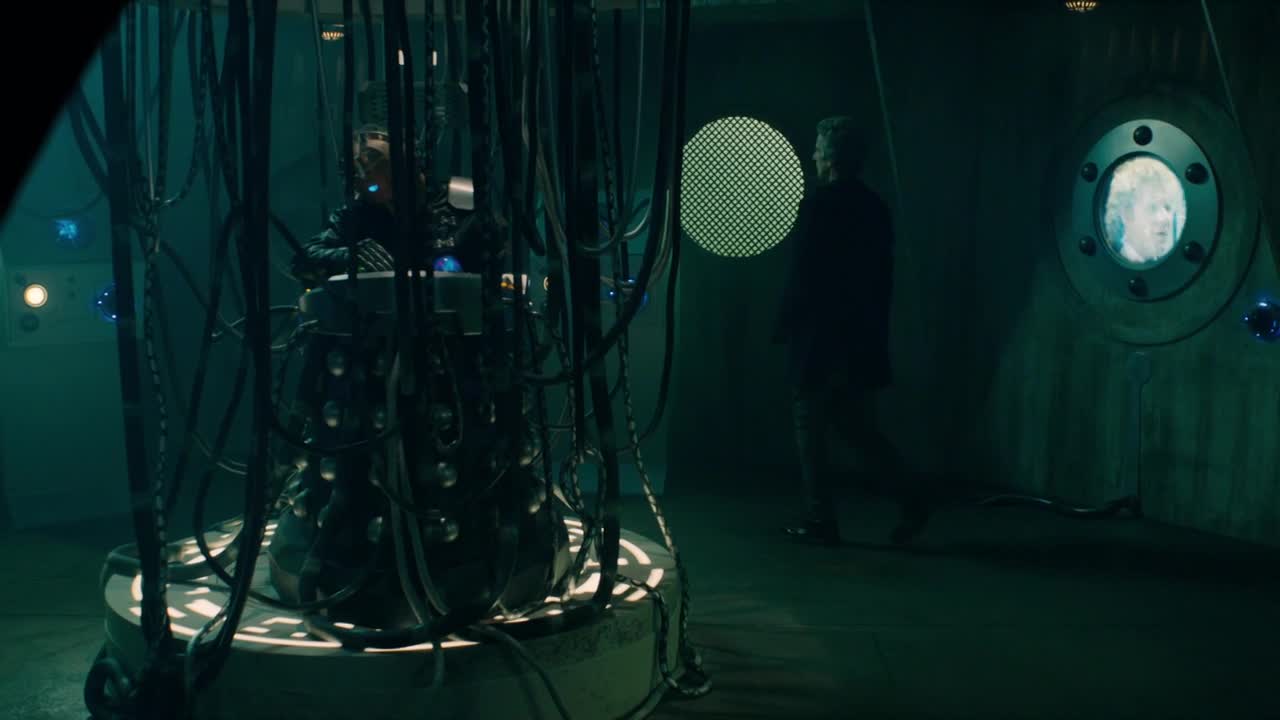 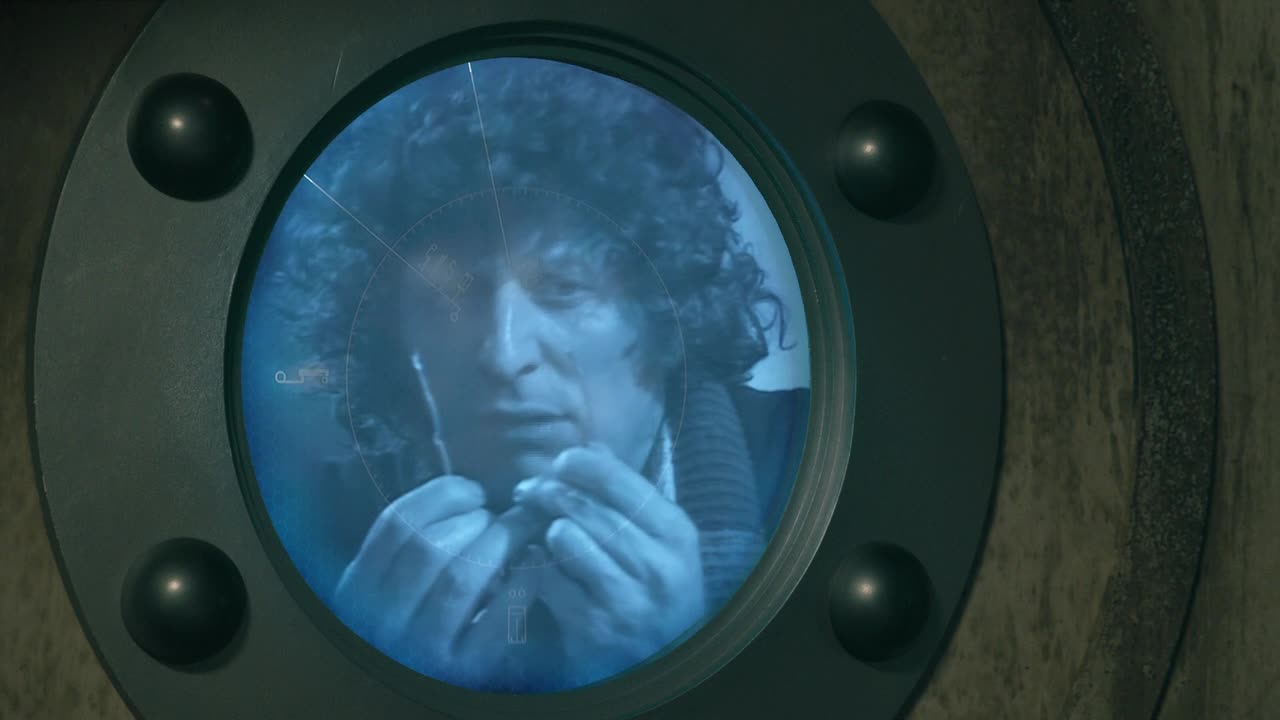 There are four previous Doctors shown. Does anyone know the specific episodes from which these short clips were culled? (Obviously, they would be Dalek episodes, presumably featuring Davros, which immediately narrows the search.)

There aren't many options for where these scenes could have been taken from, so it's fairly easy to narrow down. In order of the images in the question:

There's one more soundclip that plays, although the Doctor in question doesn't get a moment on screen (or, if he does, it's only a momentary flash). The line itself is a little garbled, since it plays more-or-less concurrently with another Fourth Doctor line from "Genesis of the Daleks", but careful watching (and some help from Chrissie's Transcripts Site) reveals that it's the Fifth Doctor and "Resurrection of the Daleks":

Doctor: Until I walked through that door, I foolishly hoped you'd changed enough for me not to have to do this.

Doctor: I'm not here as your prisoner, Davros, but your executioner.

Doctor Who Season 21 Episode 4: "Resurrection of the Daleks"

9
Which episodes did the footage of the thirteen doctors come from?
12
Have these two Doctor Who characters ever met before?