2000s fantasy book with a red-haired protagonist meeting companions from her previous life, including a troll

I read this book in the early-ish 2000s (in English) and all I can remember are some oddly specific details.

The protagonist was a girl with red hair who somehow meets up with her companions from her previous life (which she doesn't remember). I'm pretty sure all of them were mythical creatures or something similar; one of them was a troll. Towards the end of the book, the girl has to step into something magic that gives her back her memories and also makes her hair darker red; I think they described it as auburn.

I also vaguely remember time travel being a part of the story; she ends up changing her own decision by placing a button next to a door and I think that stops her friends from getting killed. There might have been a scene where she unscrews a hook from the ceiling because it got screwed in the wrong way.

From what I can remember, the cover was the girl riding on the back of the troll, which actually looked kind of like a gorilla. I think the title started with a R; it might have been the main character's name. 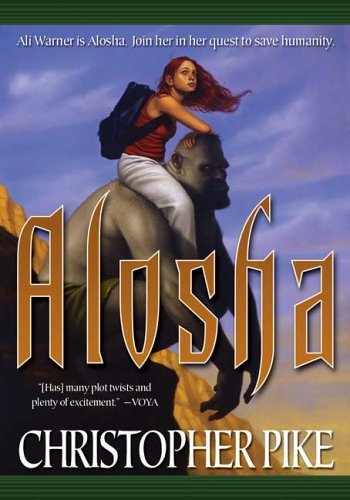 While hiking in the woods behind her house, Ali stumbles across a plot by the elementals--mysterious creatures who live in a neighboring dimension--to invade and destroy the Earth. Not only that, she discovers that she has been chosen to stop the attack.

It is very possible that she is more than human . . .

Eager to earn her magical abilities and learn her true identity, Ali sets out on a great adventure.

Accompanied by a devious leprechaun, a loyal troll, and three close friends, Ali strives to reach the top of a forbidden mountain and lay claim to the Yanti, an ancient talisman of great power that even the elementals cannot control.

Leave it to the dark fairies to put their screws in backward. Ali stopped and concentrated on trying to spin clockwise.