I am a casual Deadpool fan, read a few comics played the game but was never to be considered a hardcore fan. We all know about deadpool's regeneration powers that enable him to survive virtually anything ranging from a bullet to the head to being cut in two. 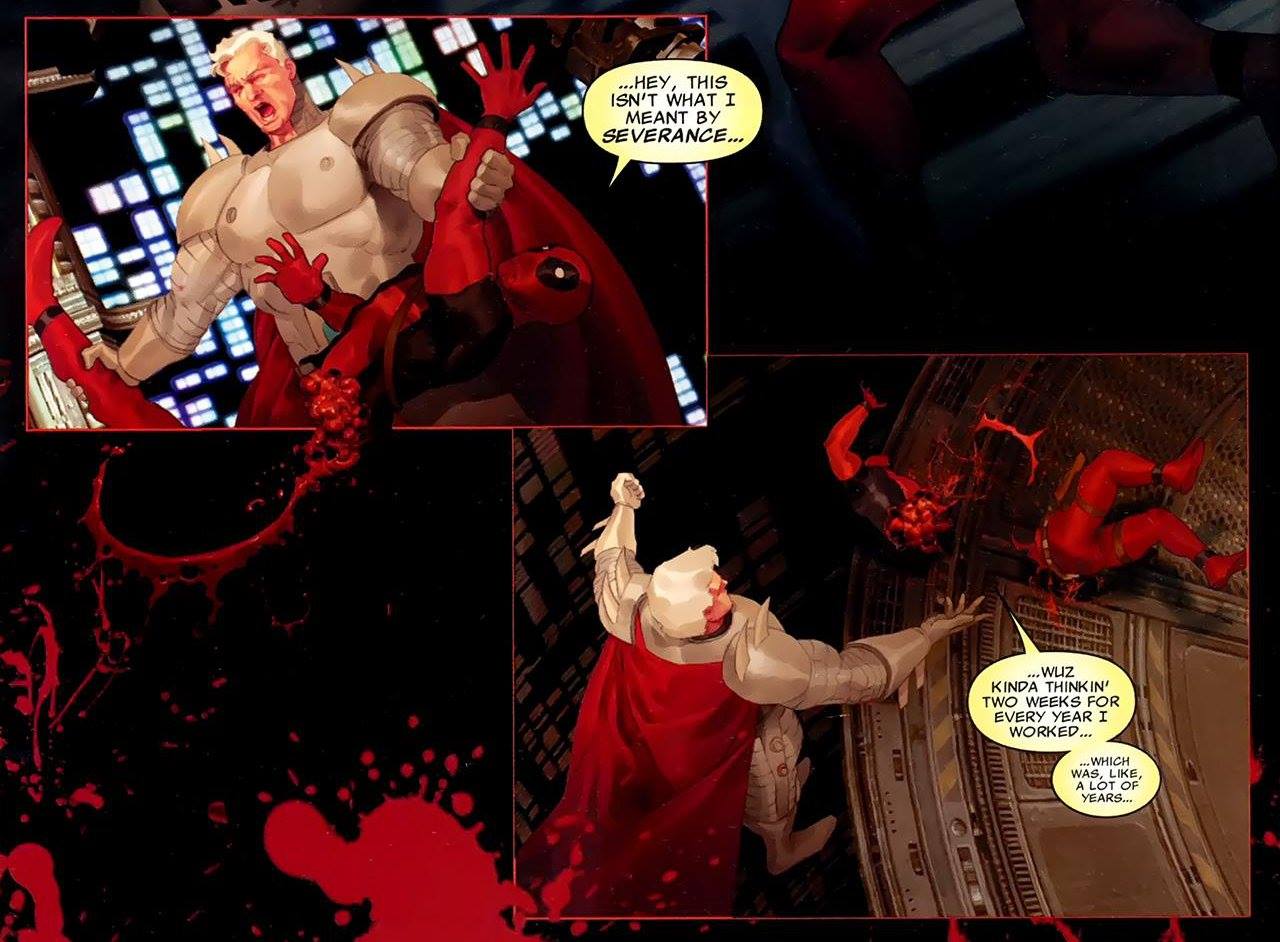 My question is how can Deadpool still manage to throw puns left and right and speak casually even at the moment that his body should be experiencing excruciating pain all over his body cells ? I mean he'll survive once regenerated but at the time of receiving the blow his brain should be overwhelmed by the flood of messages through his neural system, even if we choose to say that is not enough to finish him off.

Does he feel pain? Yes, absolutely. 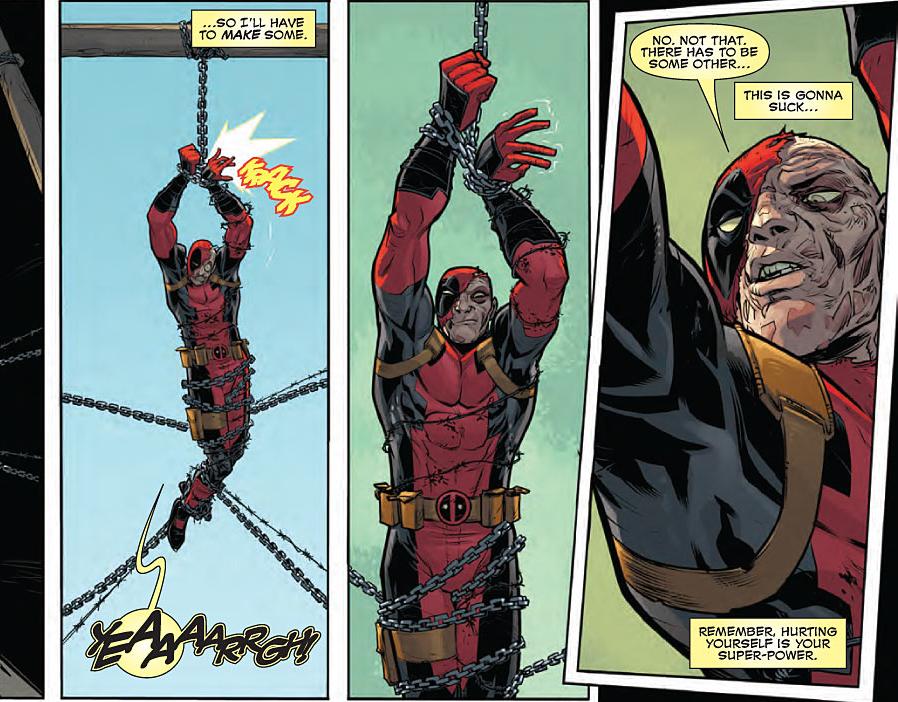 Is it overwhelming? No, he appears to have a vastly diminished sense of pain. 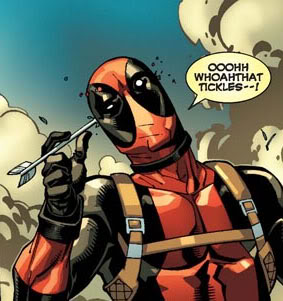 Yes, dead pool feels pain, but in the process of which he was made a mutant, he was put through insane pain causing his body to activate the mutant cell transformation. Because of this his body has built superhuman pain tolorence.

Of course!! He still been a human, his healing power just don't let him die (this and the curse Thanos put on him). The little difference between him and Logan is because Logan is basically an animal, and this make him feel the pain kinda "different" of others humans. 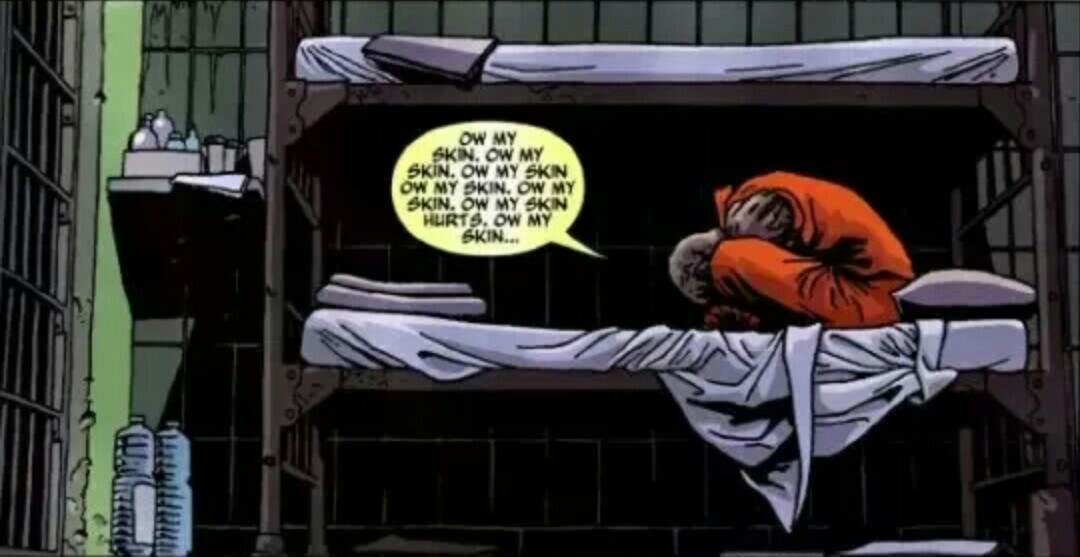 That panel, from X-Men Origins: Deadpool, shows Wade in agony - and though he's playing it up to attract the attention of his guards, he yells out in pain earlier when he's shot. 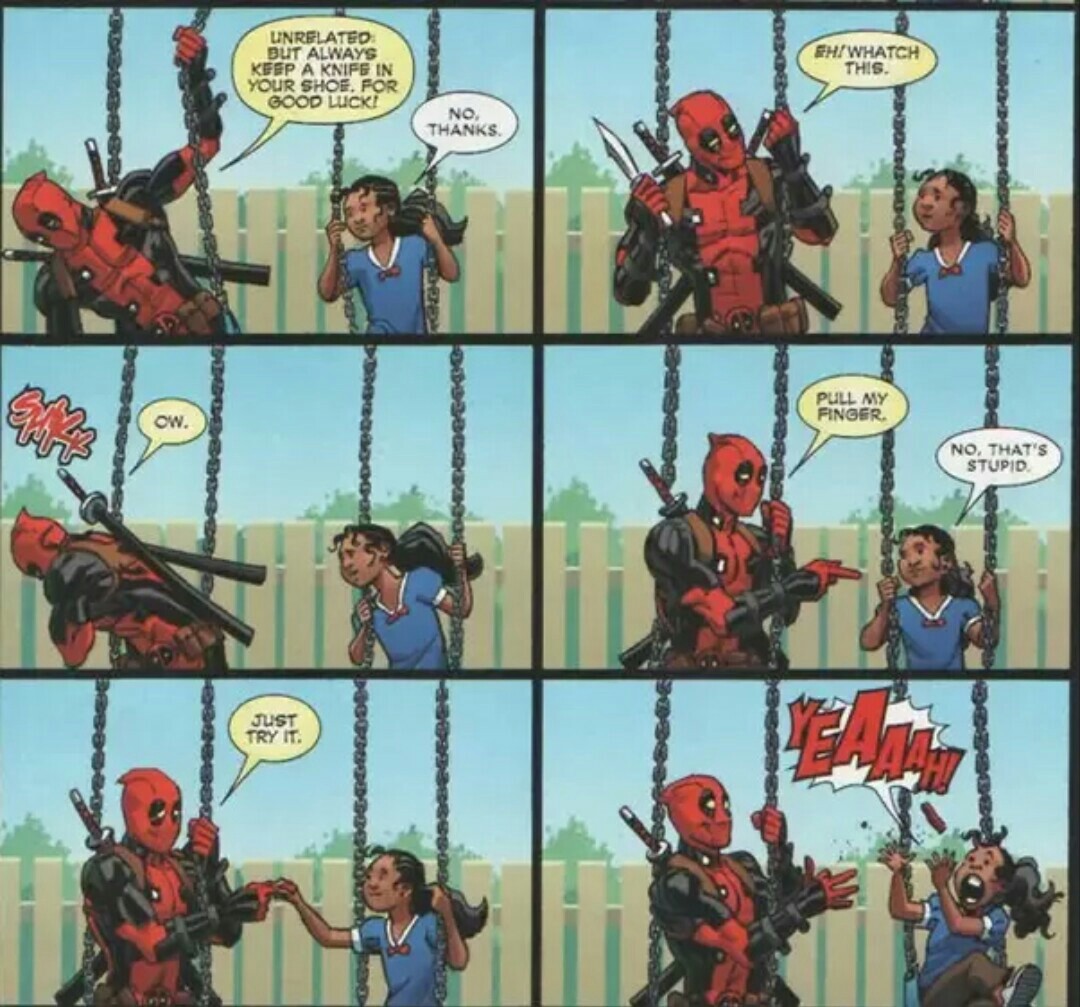 In Deadpool Vol 3, #34, he tries a new version of the "pull my finger" trick, and we can see him feeling pain when he cuts his finger off.

3
Does Deadpool feel pain in the Deadpool movie