What's the name of a series of under sea adventure books, about 1977

There were questions and answers at the back about the story you just read. I think they had green or blue covers. Maybe geared towards boys but were exciting. Some had a submarine.

I recently re-read these after reading them when they originally came out and they have held up surprisingly well.

The Hydronauts: The range was not the entire world. But it was more than 80% of it, and all water. The nuclear war had long since melted much of the polar ice caps. Whole sections of continents were long gone. Hive cities had been set up under the surface of the water. Set in this world of the future, The Hydronauts tells of a team of marine wardens picked by the International Marine Counsel.

Follow the Whales: The Hydronauts, Kim, Toby Lee, Tuktu and Genright Selsor are back together again for another futuristic adventure under the sea. This time Kim and his group receive special orders to become Sea Rovers, in search of the mankind created men-fish, who seem to be "managing" certain forms of sea life already under "management" by the Warden Service of the Hive Cities. Research has indicated that the best clues to the whereabouts and behavior of the men-fish may be by following the whale herds. Carrying out their orders to see if the men-fish should be allowed to live or not, the chase begins.

Escape from the Crater: The four hydronauts revive a soldier preserved in ice since 1999, centuries before their time... - Amazon Link

As you can see from the covers, they do have a submarine as part of the adventures as well. 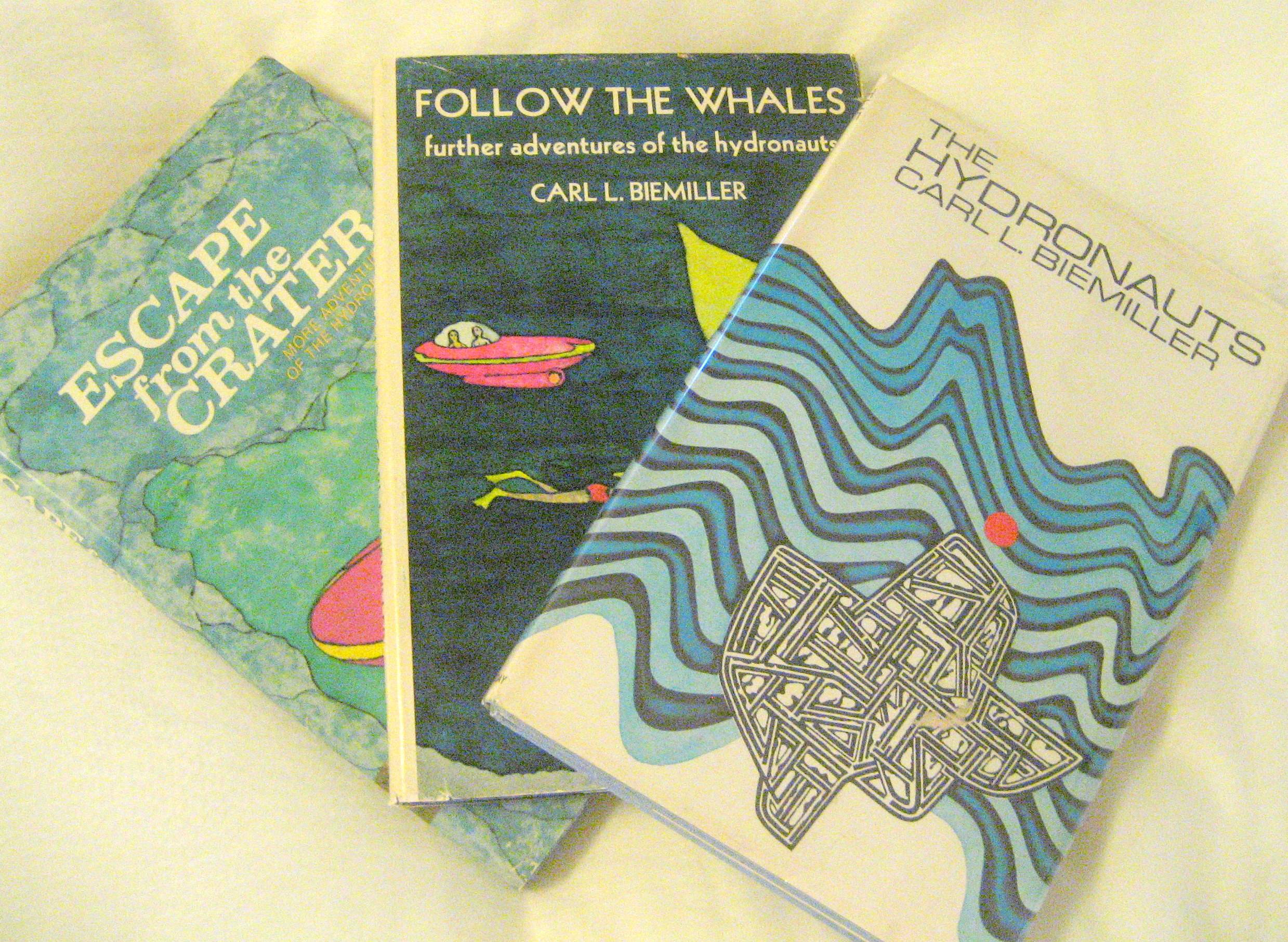 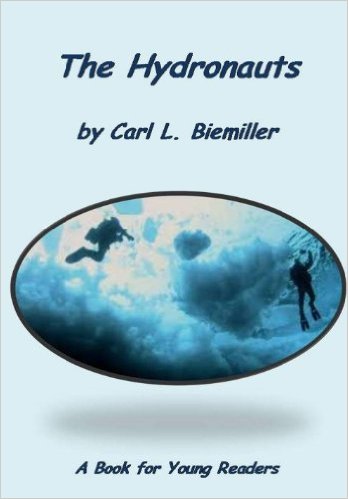 Could it have been the Undersea trilogy by Pohl and Williamson? https://en.m.wikipedia.org/wiki/Undersea_Trilogy

4
Novel with rising sea levels and humans live on rafts and communicate with whales?