his father and Vader were the same person

ever discussed? Were they hoping that

didn't realize this, and that it wouldn't come up? Or was there an explicit rationale behind hiding this fact from Luke?

Wouldn't it seem risky to send Luke in blind, with the chance of him finding out without their support, considering how emotional attachment can be a door into the Dark Side?

People with long-lost parents tend to seek them out soon after finding out about them...

If either Obi-Wan or Yoda had told Luke the truth, then Luke would likely have sought out Vader at the first opportunity.

In A New Hope, let's suppose the conversation with Obi-Wan on Tatooine went like this instead: 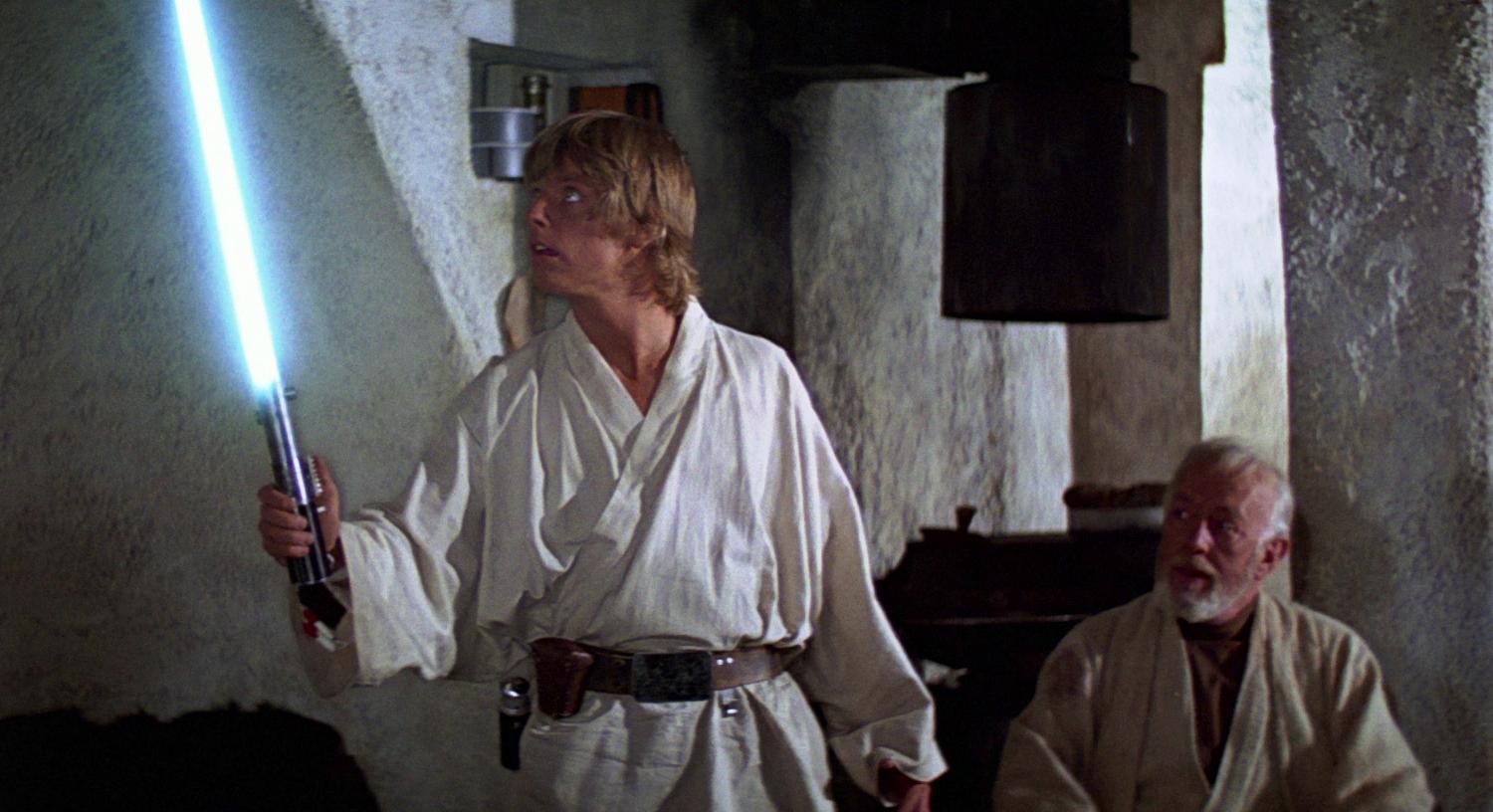 OBI-WAN: This lightsaber belonged to your father, Lord Vader.

LUKE: Wait. Back up. My father is who?

LUKE: Say what?? That creepy evil guy? You're joking!

OBI-WAN: Nope. Dead serious. The infamous Darth Vader who has captured your holographic princess...he's your dad. For realz.

LUKE: You're wrecking my head. This is insane!

OBI-WAN: Another thing: that princess is your sister. Let's go save her, shall we?

Later, on the Death Star: 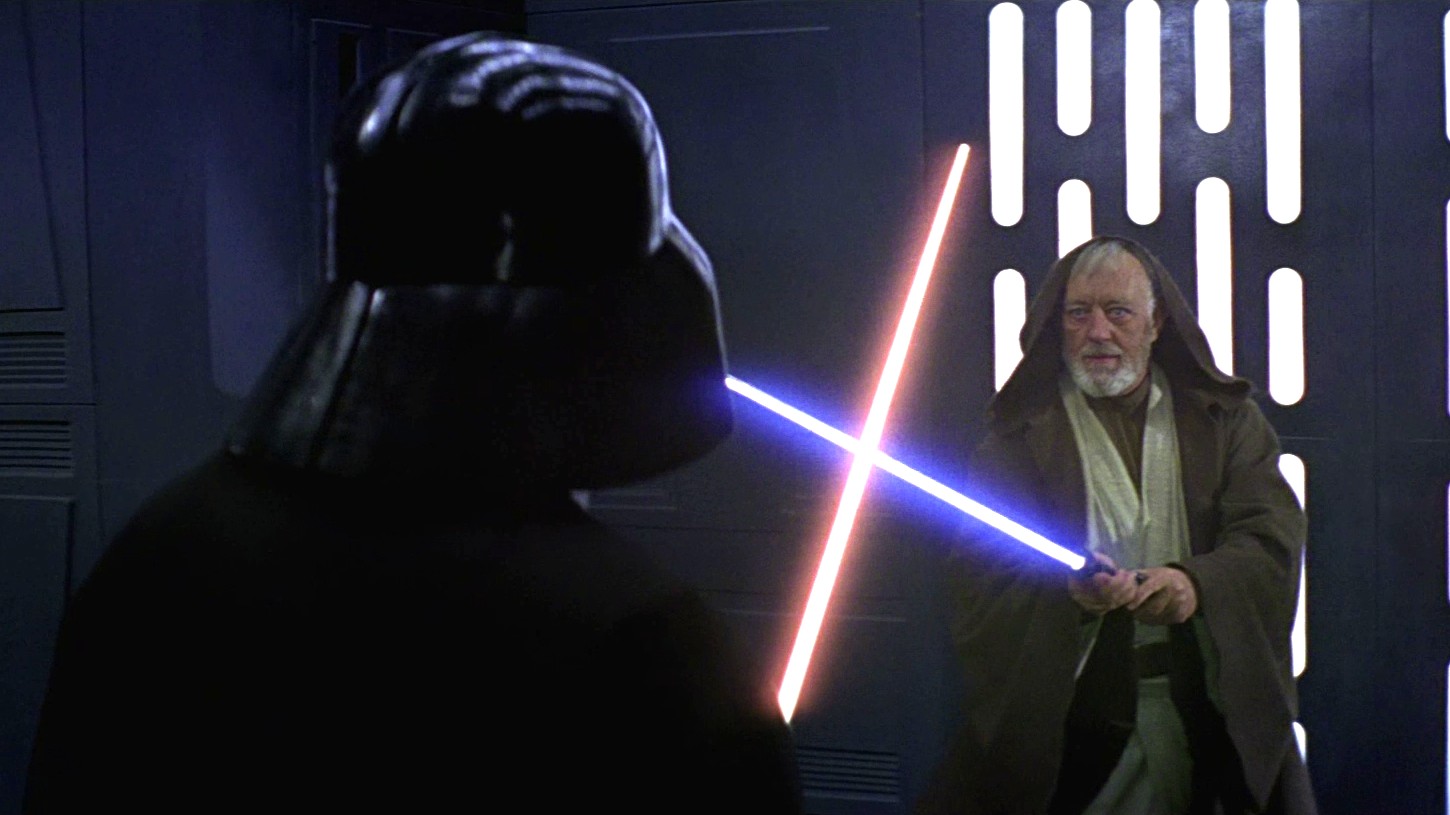 VADER: Ah, my long lost son. Listen, Obi-Wan deserved it. Come, let me tell you a tale about a place called Mustafar...

At that point, either Luke ends up on the Dark Side or dead, depending on how the father-son bonding goes.

The point is, had he known the truth, Luke would have sought Vader out too early, before his training was complete, and this would have only had negative consequences for Luke and the galaxy-at-large.

This is supported by what Yoda says to Luke in Return of the Jedi  just prior to expiring:

YODA: Unexpected, this is, and unfortunate.

LUKE: Unfortunate that I know the truth?

YODA: No. Unfortunate that you rushed to face him. That incomplete, was your training. That not ready for the burden, were you.

In other words, they would have told him eventually, but at a suitable time, when they could be more certain that he had the training and maturity to avoid his father's fate.

The previous answer was most excellent. Full of wisdom, it was. :)

However, another answer is simply based on what I call 'the necessities of story-telling' - I don't know the regular term for this but here it is:

If Luke is informed as to his father being the great bad Lord Vader, then the plot as it is, and the revelation at a dramatic time, etc. is derailed, in any one of various ways (as the previous answer has already explained).

Also, quite simply, Luke might answer such an early revelation with:

If he's my Dad, then why don't we go seek help from him, since I'm his son?
[Responses:]

Shut up Luke. You should really know better, by now.

Mess with plot, will you? consequences there are, author might kill you off.

[Oh deah, that would be so against all the proper protocols to be used when addressing a nobleman of the Empire. He would surely punish you horribly in some way, to emphasize his rank, and his right to be free of importunities from what he might term mere beggar-boys!]

This must be a really bad man, to have neglected and abandoned me for so long. This confirms that we must oppose him completely and in every way.

[....and, the drama is made flatter by that much. No revelation, no conflicted emotions, no upsets, just at most, "What a bad 'Father' you were! take that!"]

In sum, revealing it too early would be unhelpful to the story. And, the main plot elements of the ('early' i.e. Ep. IV-VI) Star Wars movies are somewhat dependent on reversals of the usual:

and so forth. Having (1) and (2) known to all members of the plot early on, would take that much away.

There does not appear to be a canon answer. However, one may extrapolate from the way the Jedi approach problems. Luke is constant being advised to feel the Force. These feelings can be easily clouded by thoughts (many characters are advised to "empty their mind" when they are having trouble using the force). It would be reasonable to assume Yoda and Obi Wan felt such a significant piece of knowledge would cloud Luke's ability to feel the Force around him, making him weak. And, as Praxis pointed out, such knowledge is not one that one empties from their mind easily.

Besides, it's all lies anyway! We all know Obi Wan killed his father until the magic of post production changed our reality forever :)

They wanted to keep Vader from finding out, remember the children were hidden from him. Luke was not yet able to control the force or his emotions so if (and when) he broadcast the information through the force and Vader would (and did) identify them.

They, themselves, didn't know how the Force was going to be balanced, so they could not interfere in such a way. The Force must be balanced in both its dark aspects and its light aspects. You'll note that Yoda respects it.

Once Luke had referred to Ben by his Jedi name (Obi-Wan), Luke was seen as a sort of "chosen One". You can see it by the look on the old man's face. After that, Obi-Wan's journey was also part of that balance (Annakin/Vader was his apprentice) and could not interfere on the question.

Not the answer you're looking for? Browse other questions tagged star-wars darth-vader luke-skywalker obi-wan-kenobi yoda or ask your own question.

1
Why didn't Obi Wan tell Luke that this character is his father?
17
Why didn't Amy kill the Silence on sight?
2
Why didn't Obi-Wan and Yoda train Luke from a young age?

70
Why Did Sidious Tell Vader Who Luke Was?
9
Did Yoda and Obi-Wan really plan for Luke to defeat Palpatine in battle?
20
If Darth Vader discovered Luke was his son from the Emperor in the 2004 retconned version of “The Empire Strikes Back”, then how did the Emperor know?
134
How many times was Obi-Wan less than honest with Luke?
33
Why did Obi Wan tell Luke his father wanted him to have his lightsaber?
8
How did Obi-Wan Know About Yoda?
11
Why did Obi-Wan wait years after his death to tell Luke to go to Dagobah to find Yoda?
31
Why didn't the Alliance send for Yoda instead of Obi-Wan?