Can anyone identify these tyranids from this description?

In the audio book Helion Rain, some tyranid creatures are described but never actually identified.

I don't recognise them from their decsription,

Two enormous tyranid creatures were hovering amongst the wreckage, about thirty metres from the Scout's current position. They were unlike anything Grayvus had seen before: fat, bloated bodies crested by an array of chitinous plates and spines, each atop a long, curling tail that floated a metre above the ground. Their heads resembled that of the lictor, but bigger, their mouths ringed with squirming tendrils. Two small arms ended in vicious-looking talons. They were the colour of rotting flesh, pink and lurid, and towered at least three or four times the height of the Scout sergeant.

Does anyone know what tyranids are being described here?

I'm aware they could very well be unique tyranids to this story and not actually exist anywhere else.

I think what you are looking for is the Malanthrope: 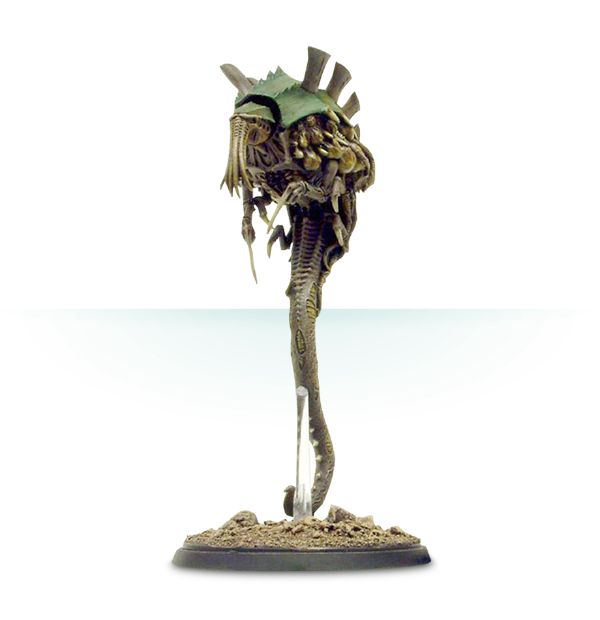 It's not exactly bloated, but it's got the Liktor look, mouthfull of tendrils and two talons. Also it floats and is much bigger than a Scour Sergeant.