What are the origin and explanation for Dax's hands-behind-the-back mannerism?

Lt. Dax routinely walks and stands with her hands clasped behind her back.

Here's the clearest capture I could get, from "Blood Oath": 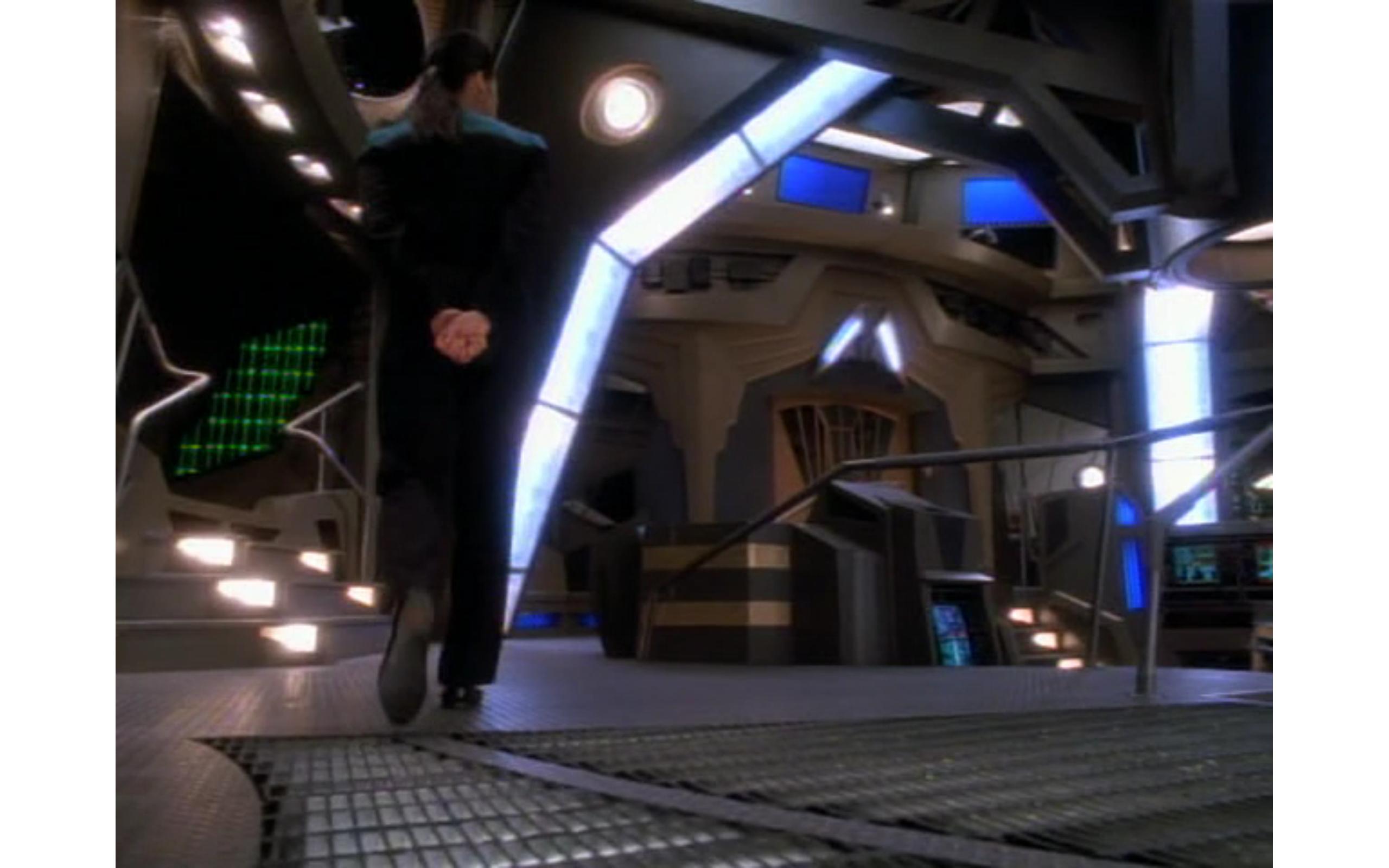 The out-of-universe story is what really interests me. However, the in-universe explanation is relatively easy to find, so might as well include both in the answer.

To avoid smudging her makeup.

Your question has excellent timing, as actress Terry Farrell provided the out-of-universe explanation only a few months ago:

The makeup itself provided yet another challenge. The spots being initially done in watercolour, she had to keep her neck very stiff to avoid smudging. Terry’s modelling training provided a solution: She began standing very straight with her hands behind her back. This quickly became her trademark stance: “Once I owned that, no one else could!”

The in-universe explanation is that Jadzia inherited the behaviour from Lela, the Dax symbiont's first host, as revealed in DS9 "Facets". As a politician, Lela clasped her hands behind her back to keep control of her gesturing during public addresses.

Not the answer you're looking for? Browse other questions tagged star-trek star-trek-ds9 behind-the-scenes or ask your own question.

27
What would be a reasonable technological explanation for why phaser beams are different colors?
23
What is the scientific explanation for telepathy in the Star Trek universe?
24
What was the reason behind Kes being removed from Star Trek Voyager?
3
How is Odo able to establish a link with solids or is he linked to the great link somehow and they are manipulating the situation?
0
What was the story reason behind making Carnelion IV so far behind?
9
Why did linking cure the virus in "What You Leave Behind" instead of transmitting it?
7
Are Bajorans and Cardassians the same species?
28
Why not bring back the original actors for Maddox and Icheb in Star Trek: Picard?
4
Starfleet Fleet Size: Any explanation for the discrepancies?