Did the Doctor Who creators ever consider significantly redesigning the Daleks?

It struck me recently that the Daleks still look almost exactly the same as they did over fifty years ago, with the sole exception that today's Daleks come in a variety of colors. 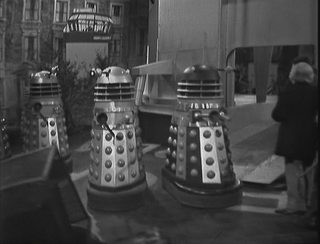 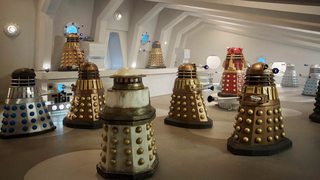 While I'm perfectly happy with the status quo, I am curious: Did the Doctor Who creators ever consider significantly redesigning the appearance of the Dalek race, rather than simply adding a few colors, rare variations or one-off hybrids?

If the question isn't clear enough, the difference between today's Cybermen and "Mondasian" Cybermen would be a good example of what I'd call a "significant redesign". The 2005 Dalek redesign definitely doesn't count; I would never have realized it happened at all if it weren't for the articles written about it.

In the 90's, they considered creating "Spider-Daleks" for a proposed revival of Doctor Who.

Here's some test footage of them:

There are also the semi-canon Marsh Daleks (shown below), Skaro Degradations and Marine Daleks, who all look very different from normal Daleks. 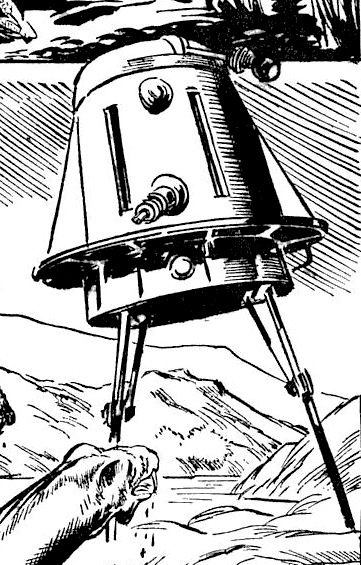 And of course, there are the Dalek Puppets, originating in Asylum of the Daleks: 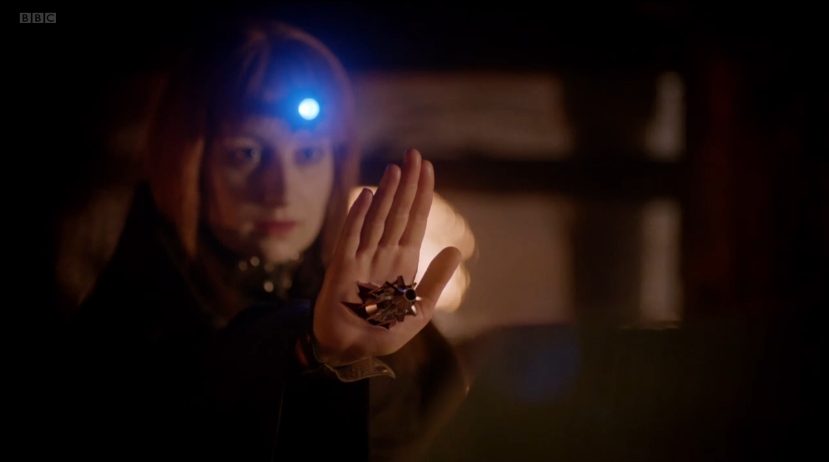 The Daleks are, simply, iconic. Save for the addition of the panels around the center, the design is virtually unchanged in fifty years. The Special Weapons Dalek and the Emperor Dalek (which took a design guide from the comic strip) are the only real "new" designs to come along.

It there's one real-world reason for that, it's that they kept using the same Dalek props for decades. There's a couple websites that specify which props were used in what story. In the case of the Cybermen costumes, they were easier to rebuild and replace. Combine that with the plethora of licensed material of the extant design, there was very little need to fix was was clearly not broken.

In Genesis of the Daleks, The Doctor comments that the Mark IV Travel Machine was "crude, but unmistakably a Dalek". But again, they used the same props as before, so it didn't look "crude" at all.

They redesigned the Dalek for the new series, but even then the changes are minor. It was only with the New Paradigm Daleks did they try something more radical, and the popular consensus was it was a bad mood. Moffat said it himself - "They're scarier when they're wee"