In the Star Trek Voyager episode Nemesis, Chakotay is shot down on a planet and eventually encounters a race called the Kradin. 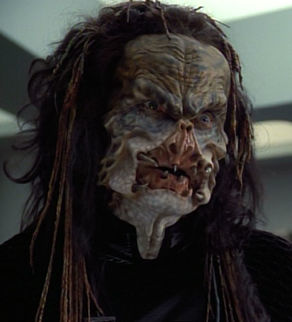 The Kradin look very similar to the Nausicaans that are relatively common to the Next Gen and DS9 series. 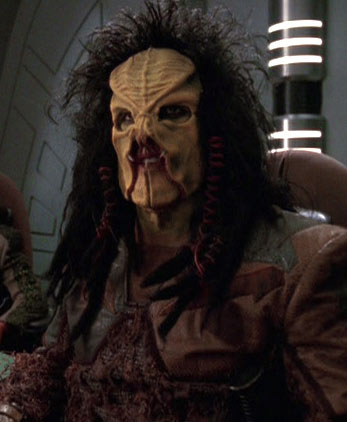 Is there anything in canon that suggests these two races are related? And if so, how?

Memory Alpha makes the statement that:

In some ways, Nausicaans were physically similar to the Chalnoth and the Kradin. (TNG: "Tapestry", "Allegiance"; VOY: "Nemesis")

However, I can find no solid evidence on Memory Alpha or Beta that they were in any way related.

I would not be surprised though if they were in some way related; considering we learn in Voyager that several species from Earth have traveled to the Delta quadrant, including the Voth, it is certainly possible that a group of Nausicaans left their homeworld and ended in the Delta Quadrant (or vice versa). This is just speculation though; I can't find anything to support or deny that claim, other than the fact that we do know such an occurrence has happened in the Star Trek canon universe before.

69
What is the recommended viewing order for young first-timers to watch Star Trek TV episodes and movies?
47
Was There Ever an Official or Canon Retcon or Explanation For the Eugenics Wars?
49
Did The Founders evolve from the race that seeded the Alpha Quadrant?
18
Is there an in-universe explanation for how mobile communicators stop listening in TNG?
18
Do we ever see what an engine room looks like without its warp core?
21
How unique are the adventures of the Enterprise within Starfleet?
16
Where were the advanced species and civilizations of ST:TOS during the war against the Borg?
5
Was the term “lifesigns” meant to be “countable” from the beginning?