I'm finally catching up on the whole "Avengers vs. X-Men" arc, and it seems fairly obvious to me that Hope Summers is a clone (or something) of Jean Grey. However, upon reading up on her, it seems that Hope "The Mutant Messiah" Summers was born to non-mutant parents living in a town somewhere in Alaska. She was later adopted by Cable, hence the last name "Summers". In my opinion, she seems to be a rather blatant replacement for Jean, but even in-universe the two share too many similarities to NOT be related:

It's also important to note that the Summers family, in particular, have a history rife with clones, duplicates, & alternate timelines.

Is there any evidence or hints in-universe that Hope is actually a clone/copy/genetic offspring/etc. of Jean Grey? Or has anyone with Marvel commented on the similarities?

At the present time, the similar appearance between Hope Summers and Jean Grey seems to be a coincidence only...but there are some hints by Marvel that might indicate otherwise.

Hope Summers' biological mother, Louise Spalding, was a green-eyed redhead too, described by her own...

...mother as being a fiery redhead with a strong will, free spirit, and a good head on her shoulders.

While Hope bears a strong resemblance to Jean, Hope (pictured below) 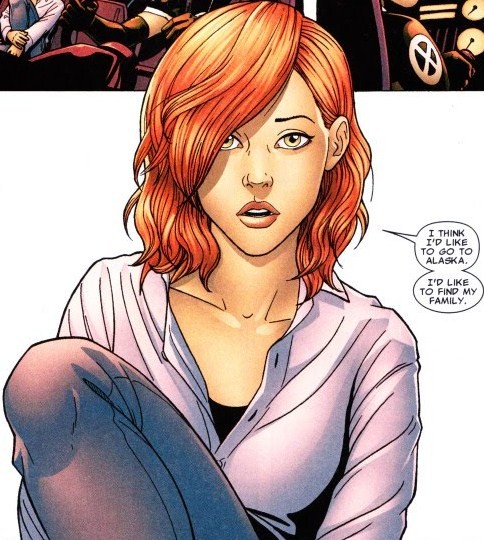 also bears a natural resemblance to her mother Louise (pictured below) 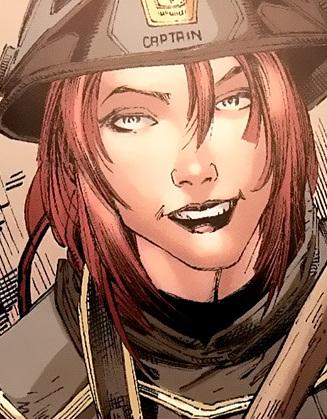 Given that Hope's appearance is consistent with her mother's, we can't really draw hard and fast conclusions about her relationship to Jean from appearance alone — not without further information to work with.

That being said, the official Marvel database entry on Hope has the following comment from X-Men and Cable writer Duane Swierczynski:

However, although Duane Swierczynski has hinted that these [Jean-esque] powers could be something else entirely, he also says that he has a thing for women with red hair and green eyes who can move objects with their mind. Hope may also have some link to the Phoenix Force, as evident when the Phoenix Raptor manifested in her eyes, although this has not been explained.

While intentionally vague, the comment does suggest that a link to Jean could emerge, either biologically or through Phoenix.

This is the strongest statement we have available at the moment.

Who are Hope's parents?

This has already been answered at the link above, there is no known relation. I think it's a red herring (or a red hairing with green eyes).

The nature of their biological relationship, if one exists at all, is unknown...

The only mention of any sort of biological relationship between the two on the Marvel Wikia is:

Hope has red hair, green eyes and a "close" relationship with the Phoenix. This has led some fans to assume that she is Jean Grey reincarnated, though this has not been confirmed in the comics.

You'd have to assume if she was Jean's daughter / niece / granddaughter, any assumptions of her being Jean's clone would have been disproved and would be reflected in the wikia.

Not the answer you're looking for? Browse other questions tagged marvel x-men character-similarity or ask your own question.

10
Who are Hope's parents?
5
Has Hope Summers ever mimicked a psionic power?
3
Jessica Jones, Jean Grey and the Phoenix?
12
In X-Men: First Class, is Alex Summers related to Scott Summers?
3
Is Jean Grey the only person Toad has slimed?
7
Is the Trial of Jean Grey just a complete misunderstanding?
6
How much self-control does Jean Grey have?
12
Is the first X-Men film the only time Jean Grey has been slimed by Toad?