Post-Apocalyptic / Dystopian novel - Technology is forbidden, boy discovers something and village is going to kill him so he runs

I'm thinking this was written somewhere in the mid to late 90s or up to 2010 at the latest; I cannot quite remember when I read it with any certainty.

It's a post-apocalyptic dystopian future novel, many generations after whatever caused the destruction of civilization. The main character is a boy that lives in a village but discovers some sort of technology or a book or something that is forbidden (it might have even been something he WAS), but whatever the villagers discovered they were going to kill him - I think he witnesses his parents being killed and runs from the village.

I vaguely remember another main character being a girl in a city (maybe underground, possibly not), and they meet up at some point.

For some reason I feel the book had something to do with the Sun, solar flares, getting warmer, etc but it's not a solid memory (sorry, trying to add more facts to make this identification possible).

I'm 99% certain it isn't "The Long Tomorrow" but it does seem a similar beginning.

Another partial match: The Tripods trilogy by John Christopher.

In the first book: Narrator Will is in a future world running a medieval level of technology ruled by large metal monstrosities called Tripods. At age 13, all children are taken into a tripod and have a mind-controlling metal mesh called a cap surgically embedded in their skull. When I say mind control, it's more subtle- it inducts love and worship of the Tripods, as well as suppresses curiosity, artistic creativity, and any desire to do anything but live a simple medieval life.

Will and his cousin Henry discover that a league of free men and women live in the Alps and run away to join them. Along the way they pick up Jean-Paul in France, and at one point while exploring the dead and destroyed city of Paris (including an underground scene where they find grenades), Will is injured. He wakes up to find himself being taken care of in a Count's castle. The Count's daughter, Eloise, takes particular interest in nursing Will back to health. Will finds himself becoming engaged to Eloise. Eloise isn't a main character but she is important. She and Will fall in love and Will is ready to be capped and renounce freedom, when she is selected as the most beautiful girl in a tournament and taken by the Tripods to their City. Will runs and rejoins his companions and they make their way to the Alps.

Will would wind up meeting Eloise briefly (ish...) in the second book when he enters the City of Gold and Lead which does little more than concentrate Will's hatred of the Tripods.

I believe the fourth book, a prequel entitled When The Tripods Came, was written in the early to mid 90's, but they're republished pretty frequently so you might have read them then.

It's not exactly point-for-point what you've mentioned, but there are enough similarities especially for someone that might be mixing or mis-remembering that I thought it was worth mentioning.

There is some similarity with Ayn Rand's Anthem, although of course it was written several decades earlier. The book describes a dystopian future society (a city rather than a village). Technology has regressed and the society is a repressive communist regime. The boy wonders in prohibited abandoned underground and discovers a light bulb. He then figures out electricity and understands how to make light. He presents his discovery, but it angers the rulers who want to prosecute him. He runs away with a girl he meets during the course of the story. Wow, it looks like this whole storyline was tried over and over.

I don't think this is it, but The Chrysalids is a partial match:

I don't recall if there's an anti-technology attitude. There's a form of fundamentalist Christianity that emphasizes maintaining normal humans, animals, plants... I don't recall offhand if there's also any prohibition on technology.

Long shot, but this may be "Phoenix without Ashes" by Ed Bryant, a novelization of the initial concept (not the show as filmed) of The Starlost. There are several possible points of similarity between what you describe and this book's premise.

The setup is a generation ship made of a collection of habitat spheres, each containing a different culture. The fact that they are on a ship has been forgotten. Our Hero is from an Amish-village-like sphere, who somehow gets wind of the whole ship thing, and also that the ship is going to crash into a star - this may be the part about the Sun and getting warmer that you remember.

There's a girl who travels with him, she was the daughter of a village bigwig and was destined for an arranged marriage with another guy, and they travel around from sphere to sphere.

The ship's computer may help the boy out. Or maybe his goal is to find it?

It's older than you remembered though. Published 1975. 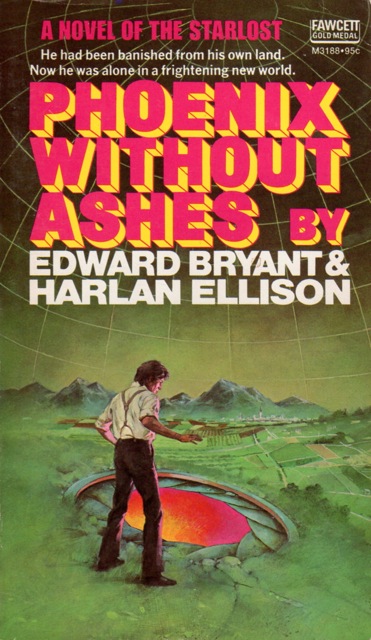 This sounds very much like The Crystal Empire by L. Neil Smith, published 1986.

In the setting, instead of killing around 1/3 of the population of Europe, the 1351 epidemic of plague is enhanced by accident and kills about 99% of everyone on Earth. Six hundred plus years later, all memory of the plague time has been lost to the Helvetii, except for the forms of ritual purification and a culture that seems to derive from Scandinavia.

Into this world, Sedrich Sedrichson is born, the son of a blacksmith and berserker, mothered by the female leader of their religion. A natural mechanic and inventor, he quickly runs afoul of the male side of their gender-divided religious leadership, who confiscate his invention of a wind turbine powered paddle boat and forbid him to invent anything else.

Fast forward to his late teens, young Sedrich is inventing things again, but doing it in secret; he once more comes to the attention of the male religious leadership, just as he "reinvents" gunpowder from the questions the religious males always ask when they're hunting for those who would search for forbidden knowledge. In the ensuing quarrel, his father dies of a stroke, he kills the male religious leader's goon with the first iteration of a simple gun, and then, unable to escape the situation, applies their punishment to himself, cutting off his own right hand with his father's sword.

On regaining consciousness, he flees the village, eventually setting up a freehold in the wilderness. Later in the story, he encounters an empire that has been using cross-time psychic viewing, along with spies and agents, to steer the civilization of their continent (what we'd call North America), and are attempting to subvert the other major civilization, the empire of the Muslims (descended from the early Ottomans). They have a weapon in the form of a huge, solar-pumped ruby laser built into an Aztec pyramid, and use mirrors hung from airships to direct the pulses against enemies anywhere short of the horizon (as seen from an airship at altitude, that's a hundred miles or more).

From reading your description it really reminds me of The Giver, though not completely in line with what you described.

The Giver is a 1993 American Young-adult fiction-Dystopian novel by Lois Lowry. It is set in a society which at first appears as a utopian society but then later revealed to be a dystopian one as the story progresses. The novel follows a boy named Jonas through the twelfth and thirteenth years of his life. 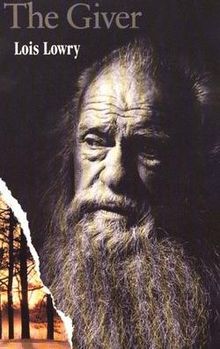 The main character doesn't really discover this forbidden information (memories), but it is taught to him. In reference to your "getting warmer" points, one of the memories is about warmth and sunlight.

Towards the end of the book he also does make an escape.

Not the answer you're looking for? Browse other questions tagged story-identification post-apocalyptic dystopia or ask your own question.

14
1950's SF story: Farm boy discovers door at the end of the world; discovers several other worlds in asteroid

6
Set of stories printed in IASFM, involving a universe where false Utopias are created, and the protagonists attempt to combat such
18
What novel was set in a dystopian future and featured a boy searching for his missing father?
10
What book was a post apocalyptic, nuclear-age, old world war style with a stash of gold?
4
Story Identification - post-apocalyptic novel solar incident, new time and old time
5
YA Sci-fi post-apocalyptic book series from late 90s early 2000s
26
TV episode or movie where people on planet only live a hundred days and fall asleep at prescribed time
14
Post apocalyptic cartoon about a robot girl who finds a radio in a junkyard