I think I read this as a paperback in the 1990s while living in the United States. The viewpoint character was an uplifted monkey and he was joined by an uplifted parrot. They had to defeat some nefarious ploy involving genetic engineering and eventually wound up holed up in an artificial habitat, I think with stored genetic samples of the colonists. I'm fairly certain that the monkey had a female owner. I remember he didn't like one of the villains early on (before said character was revealed to be a villain) and threw feces at him (as a thinking creature, it was a very deliberate action). Also, while in the habitat, he misses a jump due to the Coriolis forces from the space station spinning (and that was the first mention I'd seen of Coriolis forces outside of sinks draining, so that was kind of neat). 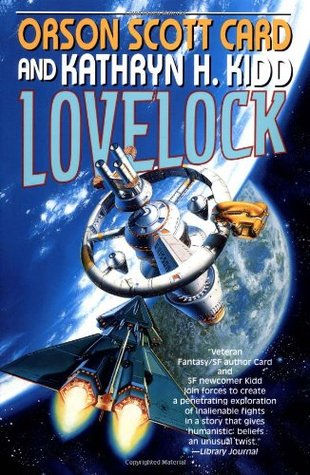 It features an augmented / enhanced monkey named Lovelock, and is set on a spinning space station called the "Ark".

Lovelock is a capuchin monkey engineered to be the perfect servant — intelligent, agile, pliant, and devoted to his owner. He is a Witness, privileged to spend his days and nights observing the life of one of Earth's most brilliant scientists through digital recording devices behind his eyes. In his heart is the desire to please, not just to avoid the pain his owner can inflict with a word, but because he loves her.

Lovelock is on a voyage he did not choose. What human would consider the feelings of a capuchin monkey, no matter how enhanced? But Lovelock is something special among Witnesses — he's a little smarter than most humans; smart enough to break through some of his conditioning. Smart enough to feel the bonds of slavery, and want freedom.

From a description of its audio book version:

Capuchin monkeys are not the only Witnesses, merely the top-of-the-line. They also use parrots and other animals. For example, Carol Jeanne’s husband, a family therapist, has a pig for a Witness. The intelligence of these animals is enhanced to help them do their jobs better. The birds can speak and the monkeys can be taught to use sign language, for example. Lovelock speaks by writing or typing. He can read up to 2,000 words per minute and is quite the computer hacker.

Finally, on page 82 of the original printing of the novel, we have the Coriolis forces and missed jump that you referred to:

What could possibly have thrown me off? Idiot, I thought. The Coriolis effect! The Ark was spinning, so of course when I jumped free of all objects connected to the ground, the Ark moved under me and I didn't land where I expected.

Not the answer you're looking for? Browse other questions tagged story-identification uplift space-station or ask your own question.

9
TV comedy about crew of low Earth orbit space station
5
Identify this SciFi setting - Void with a single space station
14
What exactly *is* a "Deep Space" station?
13
Short story aboard a space station where a martinet destroys the air plant
6
Science fiction novel involving a genetically engineered servant race uplifted from non-human primates
5
Sci-Fi Novel Earth with space station defense against aliens and a space fleet
35
Where is this triangular-shaped space station from?
6
Sci Fi dystopia about a space station orbiting a post-apocalyptic earth
6
Movie about Chinese nuclear satellite threatening a US space station