Movie with people on Mars, Mars atmosphere has a problem, and guy saves them all with putting hand on some Martian hand engraving on stone?

What's the movie with people living on Mars, the atmosphere I think having a problem, since in the end the atmosphere gets restored(?) cleaned(?) or something, by the guy placing his hand on a stone engraving of a hand of an alien/martian which is something with three fingers I think?

I watched this on HBO sometime 2007 I believe.

You can see the four-finger device in the image below. It starts an air reactor, saving a group of people who're being suffocated by the evil Cohagen. 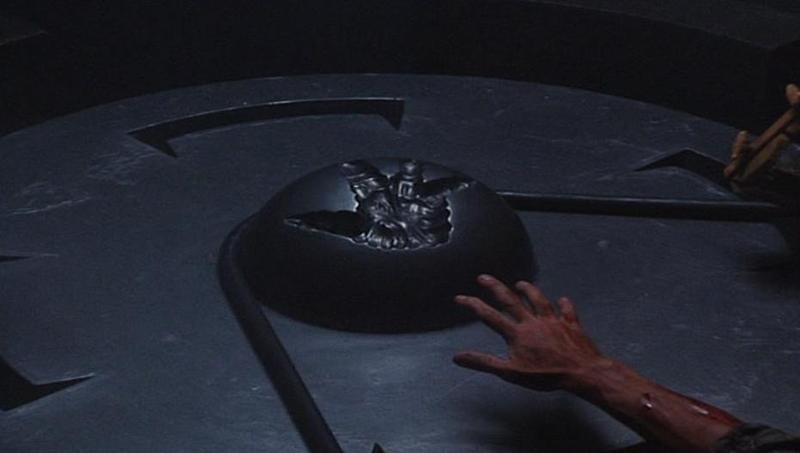 13
Fantasy movie about a red gem/necklace sealed away inside a family box?
6
Movie with hero being the son of a demon woman and a templar knight?
15
Looking for a sci-fi movie in which a human astronaut befriends an alien on a reddish planet
8
Help identify story: Man stranded on Mars, romances alien, ends in tragedy
15
Movie ID: Alien lifeform runs rampant on ISS
9
2000's cartoon where a six-fingered pianist gets his extra finger(s?) removed for the girl he likes
25
Sci-fi movie with one survivor and an organism(?) recreating his memories
22
Story with shapeshifting Martians identified by sneezing?