When was it revealed that Snape liked Lily?

In Harry Potter and the Order of the Phoenix it is not revealed that Snape loved (not liked) Lily, but JKR gives a very big hint towards it. I would say that JKR begins to hint that Snape loves Lily in OotP, but such wouldn't be the case since Snape's very first line in the book is a coded way of saying he regrets her death. 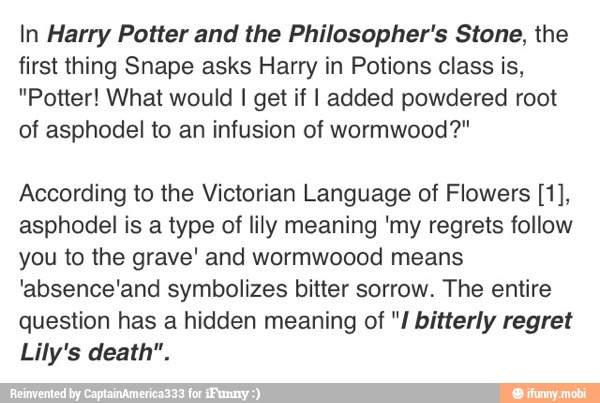 Another important thing to remember is that Snape only ever talks about James, never about Lily, especially when berating Harry. Snape hated James, but not Lily.

The hint given in Harry Potter and the Order of the Phoenix is in Snape's Worst Memory (literally, but also the name of the chapter. The memory Snape was so keen to hide from Harry is apparently one of James, with the help of Sirius and the cheering of Pettigrew, torturing Snape. But the Marauders tortured Snape on the daily. Why is this memory important?

Because after Lily forces James to put Snape down, and James tells Snape to thank Lily, he shouts

I don't need help from a filthy little mudblood like her!

In OotP, this exchange happens after Harry and Dudley are attacked by the dementors:

"How many times do I have to tell you?" said Harry, temper and voice both rising. "It wasn't me! It was a couple of Dementors!"

"A couple of - what's this codswallop?" (Uncle Vernon)

"And what the ruddy hell are Dementors?"

Two seconds of ringing silence followed these words before Aunt Petunia clapped her hand over her mouth as though she had let slip a disgusting swear word. Uncle Vernon was goggling at her. Harry's brain reeled. Mrs. Figg was one thing - but Aunt Petunia?

"How d'you know that?" he asked her, astonished.

Aunt Petunia looked quite appalled with herself. She glanced at Uncle Vernon in fearful apology, then lowered her hand slightly to reveal her horsy teeth.

"I heard - that awful boy - telling her about them - years ago," she said jerkily.

"If you mean my mum and dad, why don't you use their names?" said Harry loudly, but

So Harry assumes 'that awful boy' is James, but why would it be James? Petunia didn't know James as a boy but as a man, and she has had no trouble of speaking of James in the past. So why would she not say his name now?

"Tell me about the Dementors again" (Lily Evans)

"What d'you want to know about them for?" (Severus Snape)

"If I use magic outside of school -"

"They wouldn't give you the Dementors for that! Dementors are for people who do really bad stuff. They guard the wizard prison, Azkaban, you're too -"

He turned red again and shredded more leaves. Then a small rustling noise behind Harry made him turn: Petunia, hiding behind a tree, had lost her footing.

"Tuney!" said Lily, surprise and welcome in her voice, but Snape had jumped to his feet...

Because that awful boy was Snape. In fact, this is made clear by the fact Aunt Petunia uses the exact same wording Snape did.

Yes, it was only in Deathly Hallows. The whole section in Order of the Phoenix is too long to quote here, but the only direct interaction between Snape and Lily goes like:

"There you go," [James] said, as Snape struggled to his feet. "You're lucky Evans was here, Snivellus -"

"I don't need help from filthy little Mudbloods like her!"

"Fine," she said coolly. "I won't bother in future. And I'd wash your [under]pants if I were you, Snivellus."

Although it is a little odd that this particular humiliation is considered Snape's worst memory, there's no actual evidence in the text to suggest Snape's true feelings.

People have come up with a bunch of little clues post facto, such as this extensive thread on an old forum, but without benefit of hindsight I don't think you can call any of them more than a guess. One of the more interesting ones is the Asphodel/Wormwood theory, which Lord Voldemort mentions in another answer, and is discussed extensively in this blog post. This theory has also been previously discussed on this site, but is no more than speculation.

"If you mean my mum and dad, why don't you use their names?" said Harry loudly.

Order of the Phoenix Chapter 2: "A Peck of Owls"

Of course this is a deliberate misdirection; "that awful boy" is actually Snape, but we're meant to think it's James. It's not until Deathly Hallows, again, that we learn different.

1 In fairness to Lord Voldemort, we added this bit to our answers at about the same time.

29
How did Snape know about the plans to move Harry?
16
How Do Death Eaters Send Messages Via the Dark Mark?
81
Why didn't James' love and sacrifice for Lily protect her?
27
Did the Harry Potter movies influence JKR's later HP books?
4
When did Snape become a member of the Order of the Phoenix?
26
Why does Snape weaken Harry's protection against legilimency?
30
Who was “that awful boy” that Petunia refers to?
74
Why would Dumbledore say “After all this time?” to Snape?