I have searched for this book for years. I checked this hardcover book out of my elementary school library twice in the early to mid 70s, when I was in 1st - 4th grade, as far as I can remember. I don't remember if the stories were by different authors or not. The story I remember best was about a boy who had a puppy.

His parent(s) brings home something they found or dug up, it was a bundle of bones, like a mummy. It was placed in a dark cellar or basement, I remember a scene where the puppy goes down where the "thing" is, and is killed or injured, and boy goes down after the puppy, and I believe the boy also comes to a bad end. I think there may have been another story that involved vampires or something like it. There were sparse illustrations, I believe.

I was never able to read more than a couple stories, the book scared me too badly at my age then (I remember hiding the book when I wasn't trying to read it). It seemed very scary for a children's book, I don't think the stories had happy endings. 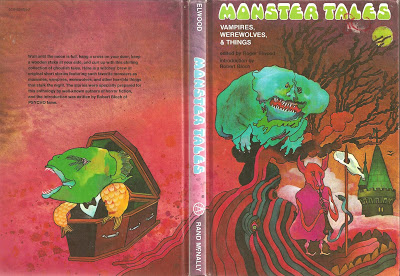 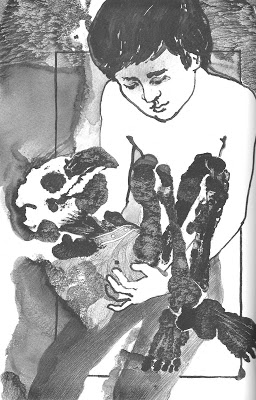 "Monster Tales" (1973, edited by Roger Elwood) features a story called "Wendigo's Child", by Thomas Monteleone, about a boy who bring home the small, half-bird, half-human looking mummy he finds in an Indian burial ground. He puts it in the cellar for the night, but its presence upsets his dog Digger. When the boy goes down with a flashlight to show the dog there's nothing to fear, he finds the mummy is missing.

He heard a sound. And then another. Several loud, snapping, cracking sounds cut through the darkness and burned his eardrums. They were followed by an oozing, soft, gurgling, slurping noise.

Neither boy nor dog make it out of the cellar.

There are also some vampire tales: 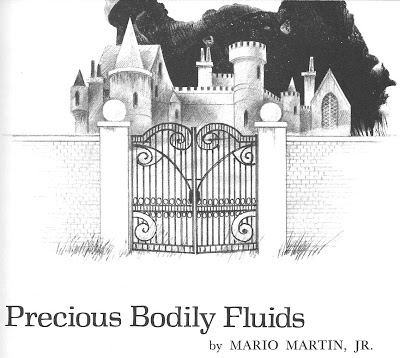 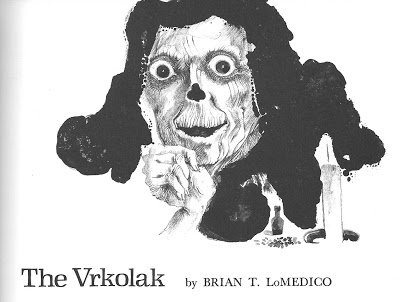