How come the Delorean can't fly or use recycle fuel in 1885? [closed]

So why doesn't the DeLorean have recycle fuel and couldn't fly in 1885? 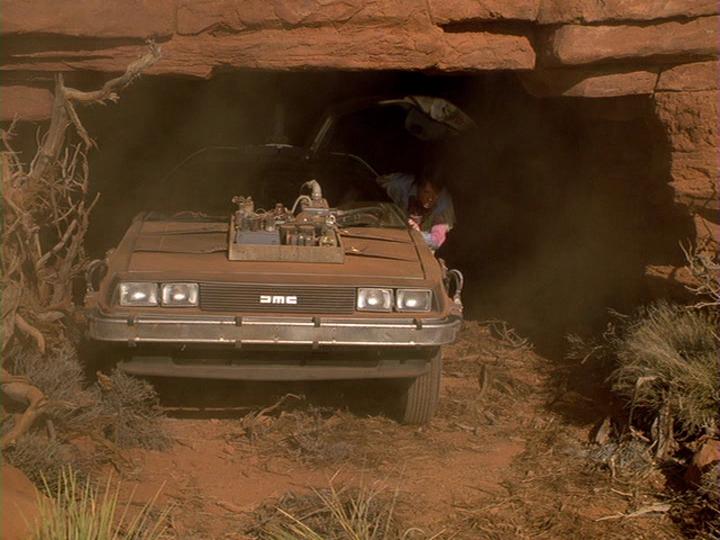 The letter that Doc sent Marty after being struck by lightning and sent back to 1885, which Marty received in 1955 at the end of part II, said:

The lightning bolt that hit the DeLorean caused a gigawatt overload which scrambled the time circuits, activated the flux capacitor, and sent me back to 1885. The overload shorted out the time circuits and destroyed the flying circuits. Unfortunately, the car will never fly again.

So, the damage caused by the lightning explains why they can't fly. As for why they can't just put garbage into Mr. Fusion (which I think is what you mean by 'recycle fuel') so it can power the DeLorean to drive, it's explained that the engine which powers the wheels wasn't replaced during the hover-conversion, and it still runs on gas:

Doc: Alright then. Let's get the DeLorean and get ourselves back to the future!

Marty: Oh Doc, I tore a hole in the gas tank. We'll have to patch it up and get gas.

Doc: You mean we're out of gas?

Marty: Yeah, no big deal, we got Mr. Fusion, right?

Doc: Mr. Fusion powers the time circuits and the flux capacitor. But the internal combustion engine runs on ordinary gasoline; it always has. There's not going to be a gas station around here until some time in the next century. Without gasoline, we can't get the DeLorean up to 88 miles per hour.

Even though it's happened several times, the thing isn't really designed to be struck by lightning. Before Doc is sent back to 1885, we see the onboard computers are a little touchy to begin with. Frankly, he's lucky he survived the crash on arrival in the Old West.

19
How is the DeLorean powered in the final trip back in time in Back to the Future III?
1
Does the BttF time travel require fuel/power?

23
Why don't Marty and Doc Brown use petrol from the Delorean in the mine in BTTF3?
9
How did the Doc land the Delorean in 1885?
5
Why did the Doc decide to use a train?
40
Why did Doc Brown take so long to write to Marty?
19
Why didn't doc and Marty just add a small metal plate or something to the old Delorean?
15
How did Doc manage to build the time train in the 1880s?
25
Were there two DeLoreans in 1885?
4
BTTF Time Traveling Mind Effects