When did "The Batman" become "Batman"?

In Batman's first appearance in Detective Comics No. 27, he is referred to as "The Bat(-)Man" exclusively. 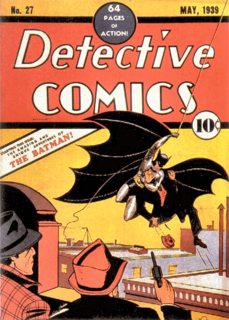 In the issue, characters say "It's the Bat-Man" rather than "It's Batman". For example:

For the purpose of this question, hyphenation ("Bat-Man" vs. "Batman") is unimportant.

Interestingly, there are actually three four answers to this question...

The first time that Batman is consistently referred to as "Batman" (as opposed to "The Batman") by the omniscient narrator is Detective Comics #95, some 7 years after his original debut. 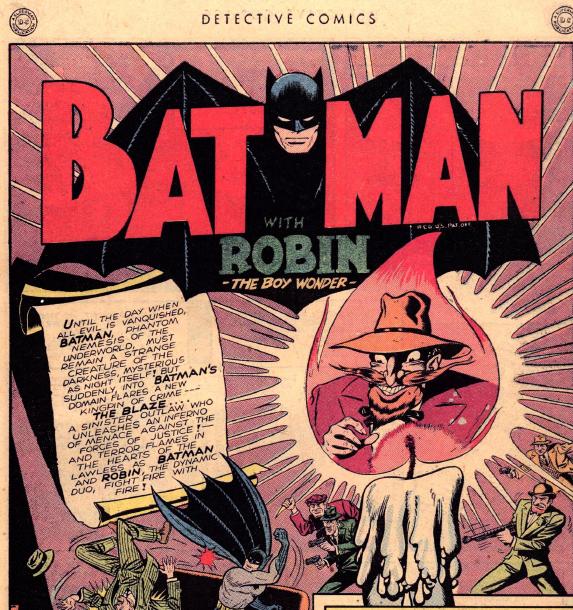 Batman is inconsistently referred to as "Batman" (no 'the') by both the narrator and quite regularly by various in-universe characters from Detective Comics #33 onwards, only 12 issues (2 years) after his debut: 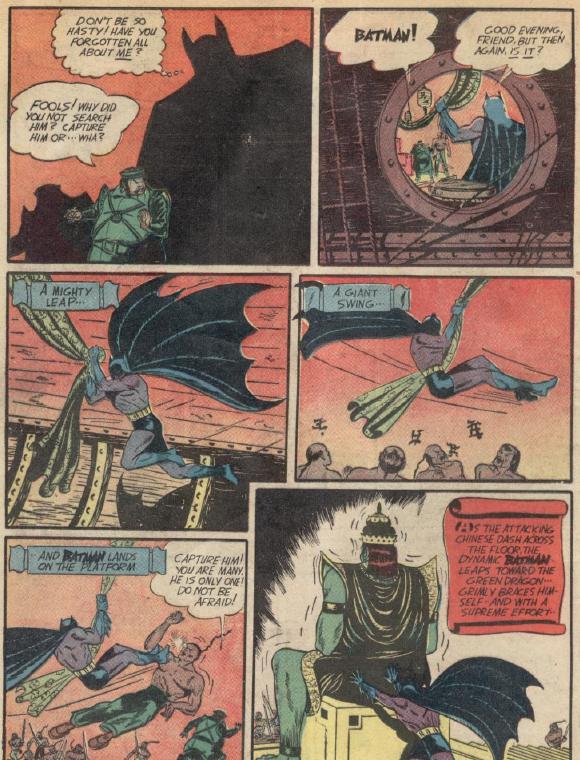 Batman lost his "the" from the Title logo in Detective Comics #114 in 1946, 9 years after his original debut:

The first instance I could find of that specific phrase being uttered is in Detective Comics #110, in which Batman (and Robin) assist Scotland Yard with their inquiries: 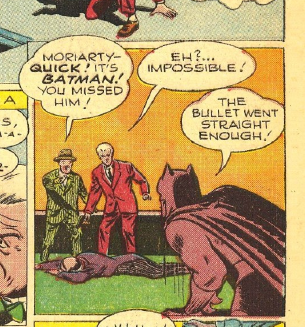 3
Batman or 'the Batman'?
4
When and why did Bat-Man become Batman?

3
How many on-going Batman comics are there, and how are they interlinked?
8
What is Venom in Batman?
6
Name of a Batman movie with different variations of Batman
4
When do Batman and Bane first fight?
7
Was the idea of Batman inspired by vampires?
10
Why would the Bat-Brand attract violence from other criminals?
17
Looking for a Batman Comic where Batman had real wings
10
Does the Batmobile have a music player?
7
Why is Batman acting so out-of-character with Jarro?