What's the standard procedure for actors playing Vulcans on TNG?

When actors were hired to guest star as Vulcans on TNG and TNG-era shows, were they required to review any of Spock's performances from TOS and the episode "Amok Time" in particular (for Vulcan culture)?

Or were they simply coached and critiqued by the director as they were being filmed?

I'm not sure if it is exactly "standard procedure", but here is what Alexander Enberg, who played Taurik in TNG  "Lower Decks" and Vorik in several Voyager episodes, has to say: 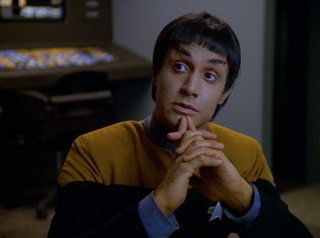 “I knew the only way I could truly learn how to be a Vulcan was to try to follow the precedent set by Leonard Nimoy and his performance as Mister Spock on Star Trek. So I began watching videotapes of the old series. I borrowed four tapes from the casting office and when I finished with those I asked them for four more. By the time I did my audition I’d probably watched fifty shows and when it came time to start filming I’d watched all seventy-eight episodes. I became this incredible fan and I realized how cool the show is,” admits the actor.

“I really got into studying Leonard Nimoy’s work and I also spent a significant amount of time practicing my eyebrow arching,” he jokes. “One thing I made sure to do during the audition was the Vulcan hand salute. I knew it would be ridiculous if they hired somebody who couldn’t do that. Other than that I just went in and read my lines as straightforward and as logically as I could. I have a deep voice and dark eyes, which are reminiscent of Leonard Nimoy’s looks, so I think that helped my cause as well. Whatever I did must have rung true to how a Vulcan behaves because they hired me. I was psyched and it ended up being a lot of fun. In-between takes I’d pretend to be Leonard Nimoy and Dan [Gauthier, who played Lieutenant (j.g.) Sam Lavelle] would do an amazing William Shatner impression. We had a lot of laughs."

It seems that he was very self-motivated and mostly took it upon himself to study Nimoy's acting, but it is worth noting from his interview that the casting office has a library of tapes that people seeking to audition can borrow, so it seems that they at least implicitly expect them to have done some preparation or background research. (Of course, one can imagine that they make exceptions for famous or well-established actors whose presence might benefit ratings regardless of their level of preparation.)

31
Are Vulcans really incapable of telling a lie?
90
What is the logical reason for bullying Spock?
9
Pon Farr in the new timeline
26
How are Vulcans that don't strive for logic treated?
7
Was Riker's holodeck jazz trio actually playing the music we hear?
5
What TV show has had the most actors appear on any of the Star Trek movies and/or TV series?
6
How was the TNG Technical Manual created and was it a live document?
8
Do any other TNG-era Romulans lack brow ridges?
14
What is the in-universe origin of the Vulcan salute (within Vulcan culture)?