This book had a story similar to the 12 monkeys story. It took place after an apocalypse and the main character was going back in time to try to fix his current timeline. His base was in a bomb shelter under the Cinderella City Mall in Denver (it's gone now but was once the largest mall in the world.) I'm pretty sure the apocalypse was a nuclear war. I think the cover was black and green. I can't remember more because the 12 monkeys story is distorting my memory.

After some googling for "cinderella city" and time travel, I think it's probably The Danger Quotient by Annabel and Edgar Johnson. This edition had a green and black cover: 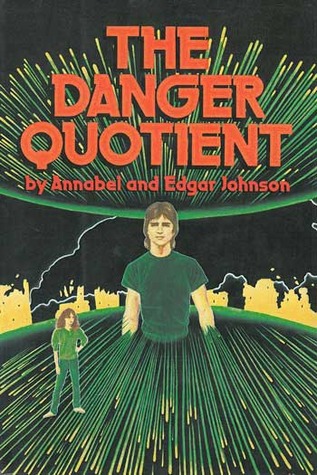 Searching for various phrases on google books turns up two relevant snippets from p. 114 of Science Fiction For Young Readers, first this one:

Let us look at the three texts in more detail. Danger Quotient, by Annabel and Edgar Johnson, is a light atomic adventure novel for teenagers, with a slight romantic subplot. Set in the year 2127, 130 years after World War III, it depicts survivors who "live like earthworms" (4) in an underground complex in Colorado.

And then this one:

He discovers his previous existence in the twentieth century as the multimillionaire Midas Forsythe, a developer who transformed Cinderella City, an enormous Donald Trumpish shopping mall

And some further searching on google books gives some relevant snippets from the book Seniorplots: a book talk guide for use with readers ages 15-18, which that this "Midas Forsythe" created the underground complex in Colorado. That's where Cinderella City was located, so although the snippets I found don't state this, putting two and two together I imagine the complex was built in the area of the former Cinderella City:

Radioactivity has doomed them to a highly computerized, well- regulated subterranean life in a complex that had been built more than 130 years ago before World War III by a mysterious visionary named Midas Forsythe. His uncanny foretelling of the catastrophe to come led him to build an underground community equipped with the latest technology, where he, his family, and world prominent scientists were able to escape the total destruction of the world and preserve the human species.

And one of the reviews on amazon mentions that the main character travels back in time:

The Danger Quotient by Edgar and Annabel Johnson. (Experiment Number 4(SCI) ) is 18, in a post-apocalyptic underground city where he and other genius "superkids" were created to rebuild the earth's ravaged ozone layer (destroyed in World War Three). Here people die in their thirties or even younger with symptoms of old age. A maverick, he instead uses a time machine created by his dead "big sister" to search for clues as to how people in the past managed to live so long. After a meeting with a street-smart young girl and her uncle in 1981 who give him the name `Casey', he is sent bouncing around history, learning to care about people who treat him with the love he never got as an experimental child...

Here is another plot summary:

Casey is eighteen years old in a post-nuclear world - where twenty is old age. Casey's real name is K/C-4(SCI). He's a supergenius, created in a test tube from the best genetic material available. He lives in an underground complex under what was once Colorado, along with other survivors of World War III. The colony's population is slowly dwindling. Casey himself is eighteen, and aging fast. According to the best calculations, he will die in exactly eight months and fourteen days. But why? Casey thinks the answer lies somewhere in the past, and he builds a time machine to take him there. The risks of time travel are enormous, yet Casey can't help himself. He becomes involved in the fate of a twentieth-century family, and with one girl in particular. It soon becomes clear that the future of Casey's colony depends entirely on the decisions he makes.