How does First Contact occur in the alternate timeline (from Star Trek 2009)?

Star Trek: Enterprise is still canon (Scotty mentions "Admiral Archer" and neither Spock nor Nero would have been able to interfere with that point in the timeline), and the Borg from First Contact were encountered in one episode. A model of the Phoenix is in Admiral Marcus' office, and Spock and Nero entered the black hole after the Next Generation films, and thus after the Enterprise-E altered and/or restored the timeline.

So did First Contact occur the same way in the reboot/JJverse? And if so, does that mean that the Enterprise-E crew are still canon in this timeline, but only for the duration of the events of First Contact? I can't wrap my head around any of this; can you?

First contact would have happened exactly as it historically happened in the prime universe. On April 5, 2063 Zefram Cochrane made his first warp flight, alerting the Vulcans and the rest is history. Any thing to do with the Borg was not recorded in the prime timelines history, and most likely would not have been recorded in alternate history either.

The intent of the reboot, as Keen points out, is to start fresh while keeping the background history the same.

Spock: Nero's very presence has altered the flow of history, beginning with the attack on the U.S.S. Kelvin, culminating in the events of today, thereby creating an entire new chain of incidents that cannot be anticipated by either party. 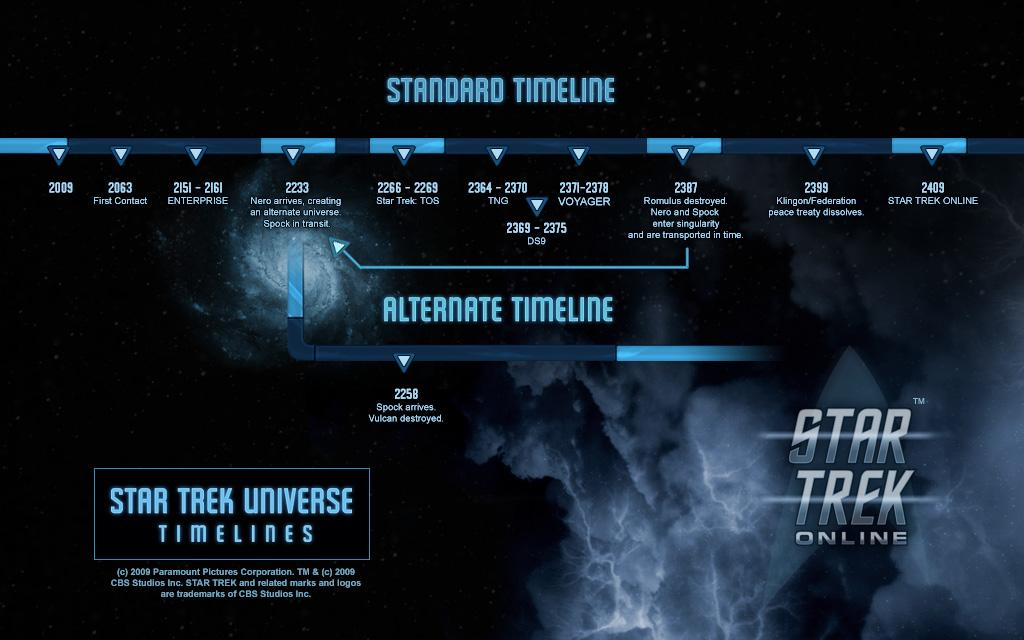 Which means Picard did stop the Borg at first contact, however, this does not mean the new timeline will have a Picard in the 24th century.

In the new timeline Picard might not become captain or the Enterprise - D might not meet Q who is responsible for introducing the Enterprise -D to the Borg which starts the whole Borg problem. I would theorize that in the new timeline, First Contact occurred without the assistance of the Enterprise - E and without any interference of the Borg because this timeline is completely different and events are occurring at different times or not at all. those future events did not occur. Enterprise has already met Khan and in the prime timeline that doesn't occur until later on. Maybe NuSpock has info about the Borg and Q from old Spock and the Federation avoids contact with them this time.

Not the answer you're looking for? Browse other questions tagged star-trek star-trek-tng star-trek-enterprise star-trek-2009 star-trek-first-contact or ask your own question.

0
In Enterprise canon in the same timeline of Beyond?
36
In Star Trek (2009), Did the Original Timeline Survive?

28
How does the 2009 Star Trek film mesh with Enterprise canon?
31
Why was the new timeline in Star Trek considered acceptable?
4
Can destruction of the black hole restore original timeline?
7
Robert April in the alternate timeline
10
Why is the Star Trek 2009 reboot called a reboot?
11
Were the events of the Star Trek movie First Contact always a part of history?
11
Does Captain Archer ever meet any other Enterprise captains?
6
What are the changes of the timeline made by "First Contact"?